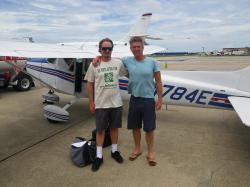 100 Days of Oil and Agony for Gulf Sea Turtles

One hundred days have passed since the horrific explosion of the Deepwater Horizon drilling platform, a sad anniversary for all sea turtles in the Gulf of Mexico. The loss of life has been catastrophic for ocean dwelling organisms. Official tallies are likely only a fraction of the true toll of sea turtles, marine mammals, and sea birds that have perished from oil toxicity, oil fouling, starvation or deadly interactions with the fires, boats, and dispersants that crowd the incident response scene.

I’ve personally been following the disaster since the beginning, and looking back over the events of the last 3 months a few specific events stand out.

On April 23 I responded to a NOAA scientist inquiring to the sea turtle scientific community with an email jam packed with peer-review oil study references, and on April 28 I emailed this same NOAA representative expressing concerns about the “controlled burns” that started and the risks they imposed to endangered sea turtles.

On June 18 I sent members an action alert to Stop the Boom and Burn of Sea Turtles and submitted the first official proposal to Unified Command requesting that the Sea Turtle Restoration Project team of biologists and toxicologist join forces with the response units to increase sea turtle rescues. The action alert has been our most active this year and sparked a wave of alerts from our partners that generated over 200,000 responses, demanding BP stop burning sea turtles in their operations. Our proposal to Unified Command is still on their desk, as they “have not yet determined how to include” our team in their efforts.

On July 5th I joined an oil expert, a caring activist pilot, and Dr Wallace “J” Nichols on an amazing fly over of the Louisiana wetlands, over the oiled ocean, out to the “ground zero” explosion site, and back. Words can not describe that trip, so watch the video clip I shot as we flew away from the incident scene.

July 9th I stood on a beach that BP cleanup crews had not yet touched. A layer of weathered oil coated the low tide habitat that was as thick as an asphalt street. The marsh grass that secured this barrier island was dead. Oil coated marine debris, and there was a lot of it. In only 20 minutes, I collected dozens and dozens of plastic bottles that had washed up on this remote beach and loaded them on our boat to be disposed of properly.

July 12 I met Jean-Michel Cousteau and Fabian Cousteau and formed a partnership to add their support to our rescue efforts.

July 13 I performed an interview with Denis Bernstein for Flashpoints radio, one of my personal favorite NPR radio segments. He broadcast my discussions on sea turtles, the oil and dispersant toxicity, and work in the Gulf for over 15 minutes!

We are still communicating daily with Unified Command and Gulf partners to increase sea turtle rescue, keeping a close watch for any sea turtle threats in BP’s operations, and preparing to advise on the needs of endangered sea turtles for the restoration planning effort that will soon be underway. It’s been a long and arduous 100 days, but the Sea Turtle Restoration Project is ready for the next 100 years of work to protect and restore sea turtles in the Gulf of Mexico and around the world.