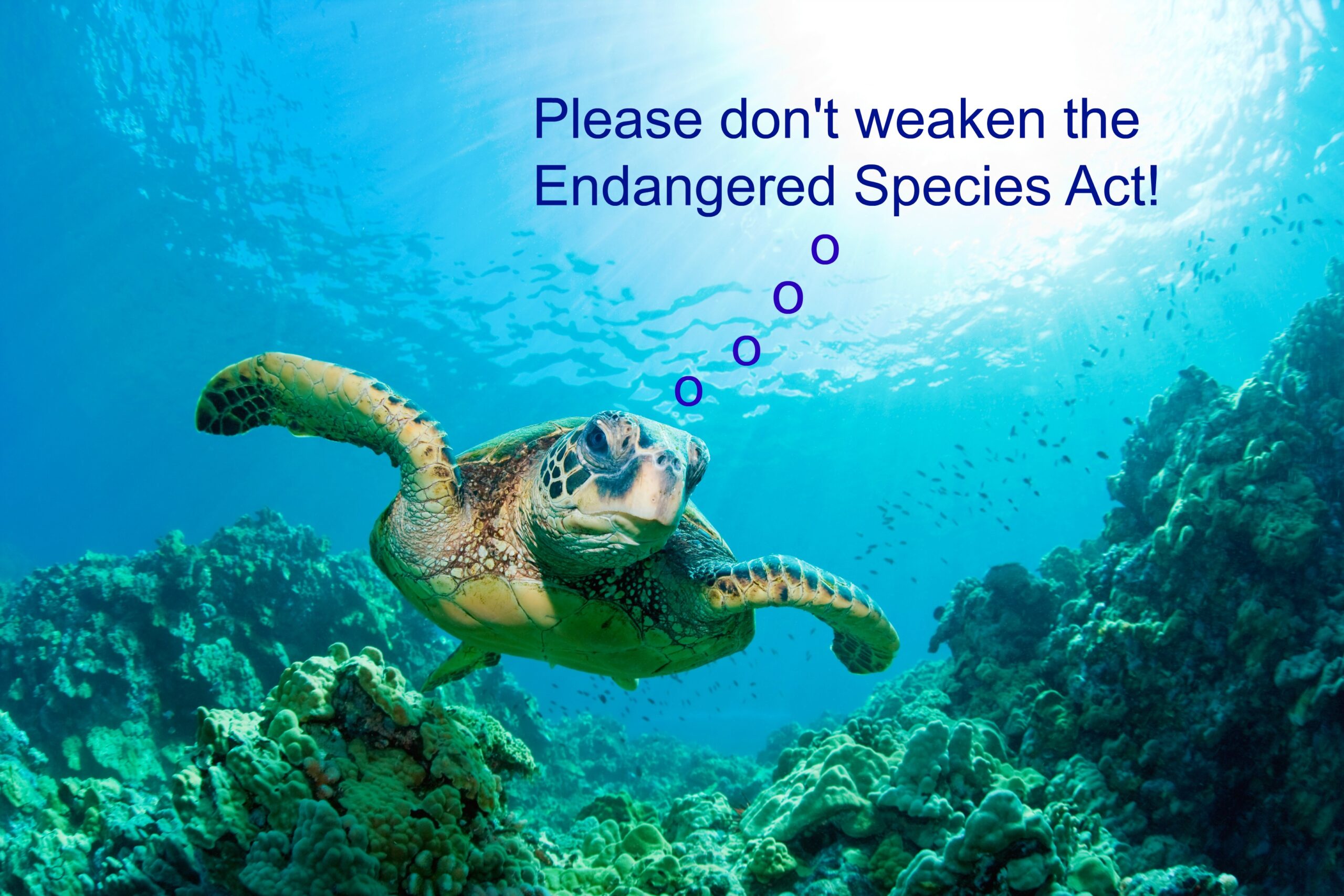 The WGA policy resolution would significantly weaken the Endangered Species Act if it becomes law. The resolution recommends turning over parts of the ESA’s implementation to the states, loosening the law’s “best available science” standard, and delaying judicial review under the law’s citizen suit provision.

Turtle Island Restoration Network, along with the Center for Biological Diversity and other groups are sending a letter to the National Governor’s Association, asking them to oppose any efforts to “reform” the ESA. The WGA recommendations are flawed and this is not the right time to give the Republican controlled Congress faulty recommendations.

The Endangered Species Act is already facing opposition in Congress, spearheaded by U.S Rep. Rob Bishop (R-Utah), who wants to repeal the ESA outright. And by Governor Matt Mead (R-WY), who started the WGA Species Conservation and Endangered Species Act Initiative back in 2015. Gov. Mead has long been critical of the ESA and hostile to the imperiled species it protects, claiming the law is not effective.

The Endangered Species Act is the world’s most effective law for saving and recovering wildlife. It has prevented the extinction of 99% of the species under its care, and has served as a model for conservation laws throughout the world.

Your support helps us remain vigilant and helps us keep fighting to protect endangered species!