The Driftnet Fishery for Swordfish and Shark Off Our Coast

President Trump has just declared war on whales, dolphins and sea turtles in the Pacific.

Right now a deadly driftnet fishery targeting swordfish and shark operates off California’s coast with fatal consequences for marine mammals. Unfortunately the Trump Administration has just made it deadlier by reversing a hard won protection.

A new rule about to be enacted was just cancelled. It would have set a cap on the number of whales, dolphins and sea turtles the fishery could kill each fishing season. Under this rule, if the caps were reached, the fishery would have to shut down for the rest of that season.

Driftnets, huge mile-long nets that catch anything that swims into them, are often described as “curtains of death.” Driftnets were banned on the high seas by the United Nations in 1994. On the West Coast, Oregon and Washington have already banned this unsustainable fishery, but mostly unknown to the public, the fishery operates legally off the coast of California —plying our waters out of sight and out of mind.

The kills by CA driftnet fishery include dolphins, whales and sea turtles 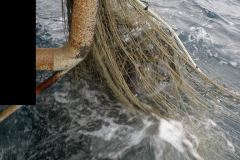 Over the past decade, more than 800 whales, dolphins, seals andeconomic-argument-against-the-california-driftnet-fishery.png lions drowned after getting tangled in these large-mesh drift nets. Additionally, over 80,000 giant ocean sunfish and 26,000 sharks were also caught and nearly 10,000 discarded over the last 10 years. In 2014, an estimated 16 endangered sperm whales were fatally injured.

Many schemes have been tried to limit t 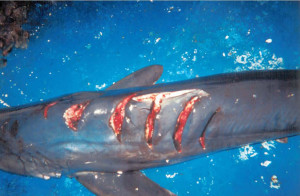 he high collateral damage to marine species from this controversial fishery, including adding acoustical pingers on nets to reduce entanglement of dolphins and porpoises, time-area closures to reduce sea turtle and shark bycatch, and
lowering the net depth to try to reduce whale entanglements. Still despite these schemes, more than 70 percent of the ocean life indiscriminately caught by these nets are caught and discarded overboard injured or dead.

Last year, a compromise was reached at the Pacific Fisheries Management Council to set a limit on the number of whales, dolphins and sea turtles that could be killed by the fishery. It would require that if the two-year limit were reached, the fishery would shut down for the rest of the season. This proposed rule was making its way through the process, when a few days ago the Trump Administration canceled it.

Importantly, only about 20 vessels are left in this archaic fishery, providing few jobs and little income. In fact, it costs taxpayers about twice as much money to “manage” this fishery than the fishery actually generates in revenue.
In comparison, tourism based-businesses like whale watching and scuba diving companies create recreational opportunities for tens of thousands of Americans, generate more jobs and contribute much more to California’s economy.

The California driftnet fishery is a bloody stain on California’s environmental legacy and weakens the ability of the U.S. to take a leadership role in calling for sustainable fisheries and reduce collateral damage worldwide. When we downgrade U.S. regulations other nations follow suit because our laws require comparability from nations who sell their seafood to the US.

Take action by letting officials know your concerns about this by clicking here:

Several Turtle Island reports on the CA driftnet fisher can be found here:

Turtle Island Restoration Network (organization headquartered in California whose 200,000+ members and online activists work to protect sea turtles, salmon and marine biodiversity in the United States and around) is an international marine conservation the world. For 25 years, Turtle Island Restoration Network has mobilized people to preserve oceans, restore rivers and streams, and protect the marine wildlife – from sea turtles to sharks – that call these blue-green waters home.