Good news: Legislation was recently introduced that would allow those workers to come on shore.

The Associated Press found some fishing crews living in squalor, forced to use buckets instead of toilets and suffering running sores from bed bugs. There have been instances of human trafficking, active tuberculosis and low food supplies.

The new bill wouldn’t necessarily solve all these problems, but it would change the secretive way employers conceal opportunities for fisherman to report bad conditions and make complaints. It would close a loophole in federal law that has allowed the Hawai’i fleet to employ men from impoverished Southeast Asian and Pacific nations for a fraction of the pay an American worker would get.

We went to Hawai’i to raise awareness about this issue! Check out our 12-foot green banner. 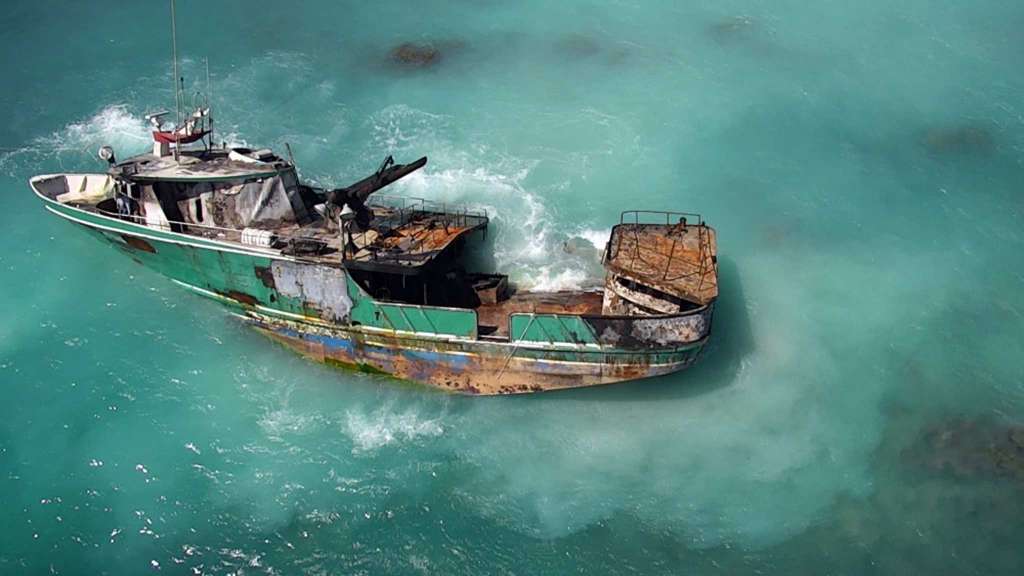 This photo provided by the U.S. Coast Guard shows a 79-foot fishing boat aground off the beach at Waikiki in Honolulu on Oahu. This vessel that ran aground while transporting foreign fishermen to work in the commercial fishing industry in Hawai’i is raising questions about the safety and conditions for foreign workers in this unique U.S. fishing fleet. (U.S. Coast Guard via AP)

Under the new law, fishermen would be protected by federal labor law at the docks, and labor inspectors would join the Coast Guard for at sea protections. Right now, these fishermen lack the most basic labor protections despite the fact that the tuna and swordfish they catch are sold at some of America’s most upscale grocery stores, hotels and restaurants.

The bill is supported by all four of Hawai’i’s representatives in the House and Senate, but a story in the SF Chronicle reported that the Hawai’i Longline Association and the Hawai’i Seafood Council did not respond to requests for comment.

Read about how we teamed up with other environmental and human rights non-profits teamed up to file a complaint against the United States with the Inter-American Human Rights Commission (IACHR) on behalf of workers in Hawaii’s seafood industry.