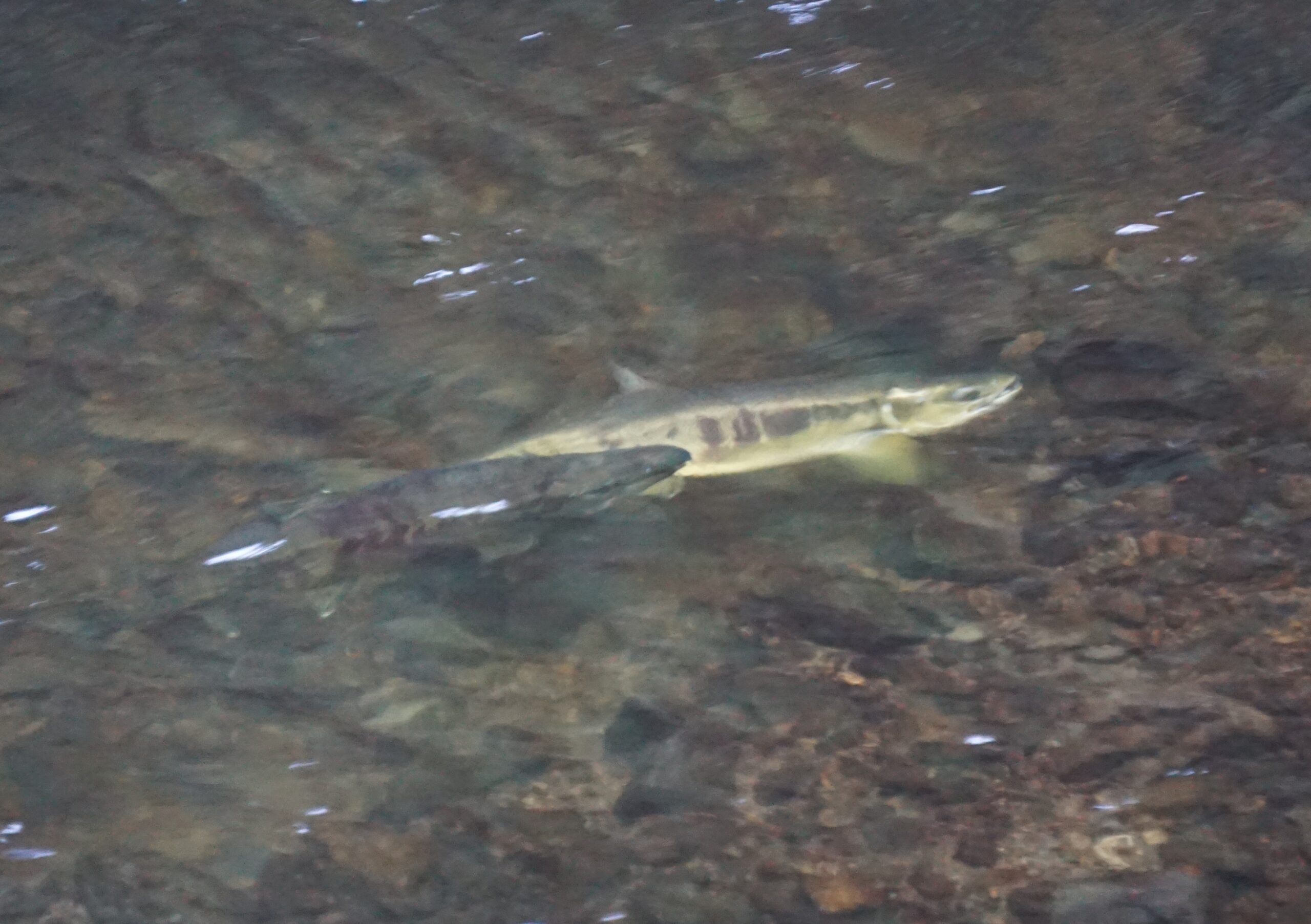 Marin County, California – Four species of salmon have entered Marin County’s Lagunitas Creek (through Tomales Bay from the Pacific Ocean) to mark the beginning of the spawning season. This year wildlife enthusiasts may have the opportunity to catch a glimpse of pink salmon, a species rarely seen in California.

According to a memo sent out by the Marin Municipal Water District (MMWD) the California Department of Fish and Wildlife staff noticed the first spawning nests in Lagunitas Creek in late September. They saw fish they suspected were pink salmon.

“This was the first time we’ve seen salmon before October, and since then the season has only continued to get stranger,” said Eric Ettlinger, aquatic ecologist with MMWD.

Pink salmon are uncommon south of Washington State, and are rarely seen in California streams. This year, pink salmon have been reported from as far south as Pescadero in San Mateo County.

The four species of salmon spotted to date are coho, chinook, pink, and chum salmon.

“We watched a pair of salmon spawning right from the upstream side of Shafter Bridge at the Leo Cronin Viewing Area on Saturday that clearly were not the coho we normally see,” said Catie Clune, education specialist for Turtle Island Restoration Network (TIRN). “While the behavior was similar to coho spawning, the dark black and red bars on the side of the male indicated it was a chum salmon.”

“In my 25 years of watching and studying salmon in Marin, I have never seen a pink salmon and this weekend was only the second time I have see a chum salmon in the area,” said Todd Steiner, biologist and executive director of Turtle Island Restoration Network. “Nature always brings exciting new discoveries.”

The sighting of chinook salmon in the Lagunitas Watershed marks the start of their fall run. California Coastal chinook salmon have been listed as ‘threatened’ under the United States Endangered Species Act since 1999.

“The arrival of the pink salmon suggests this is going to be an interesting year,” said Preston Brown, director of conservation with Turtle Island Restoration Network. “Now we keep our fingers crossed that it will be a good year for endangered coho salmon.”

Arrange an on-camera interview with one of Turtle Island Restoration Network’s wildlife biologists or tour the area with our knowledgeable staff to capture videos and photos of the first salmon run of the season using the contact information above.

WHEN: Right now through end of December.