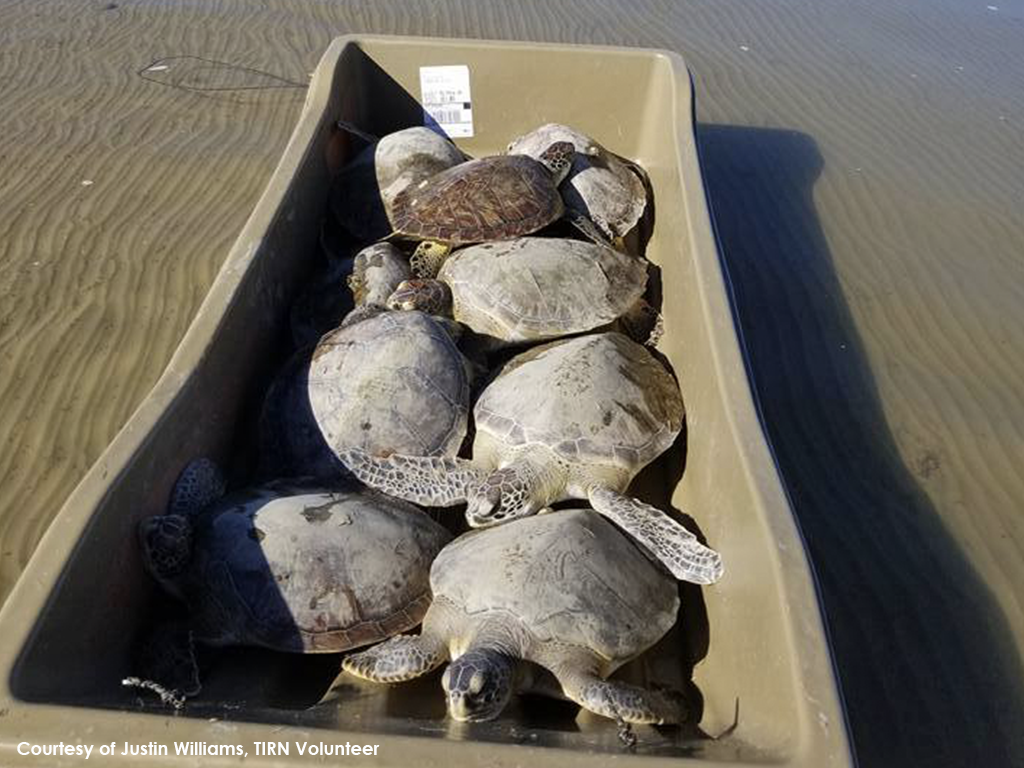 Photo: Cold stunned sea turtles found by one of our volunteers.

For over 10 years Turtle Island Restoration Network has sponsored the 1-866-TURTLE-5 sea turtle hotline for the Texas coast, and we have continued to work to raise awareness of the need to report any nesting, injured or deceased sea turtle to the hotline along the entire Texas coast.

The Houston Chronicle published a letter to the editor from our Gulf of Mexico Program Director Joanie Steinhaus:

Sea turtles are reptiles and their body temperature is determined by external sources of heat, so when sea turtles are exposed to a rapid drop in the air and water temperature, they become sluggish and not able to move well, making them vulnerable to predators and other threats.

Threats to sea turtles include entanglement in recreational and commercial fishing gear, ingestion of marine debris and collision with boat propellers.

Sea turtles that are sick or injured may not be able to continue swimming, escape from predators or dive for food, and eventually may be washed ashore with the waves and tides.

If you spot a stranded sea turtle on the beach, report it to the Texas coast-wide sea turtle hotline 1-866-TURTLE-5, and as springtime approaches, be on the lookout for nesting sea turtles and hatchlings on our beaches.

Help us protect sea turtles with a gift to Turtle Island Restoration Network.