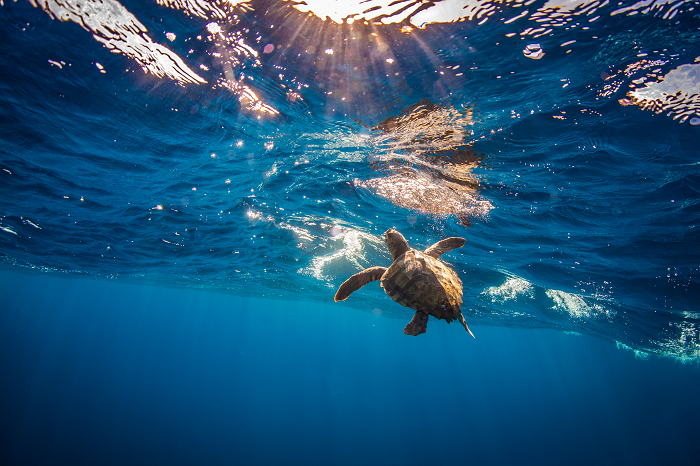 HONOLULU— Complying with a federal court order, the National Marine Fisheries Service has immediately closed the Hawai’i-based shallow-set longline fishery for the rest of 2018 in order to protect endangered loggerhead sea turtles. Conservation groups are applauding the fishery closure that runs from May 8 through Dec. 31, 2018.

The ruling came in response to a lawsuit filed by Turtle Island Restoration Network and the Center for Biological Diversity, represented by Earthjustice, challenging the annual sea turtle interaction limits. After the court invalidated the inflated sea turtle limits, the lower limits compelled an immediate closure of the Hawaiian shallow-set longline fishery.

“The National Marine Fisheries Service, which is supposed to be protecting our wildlife, has instead been illegally helping the longliners push sea turtles to the brink of extinction,” said Earthjustice attorney Paul Achitoff. “We won’t allow it.”

“We scored a victory for loggerhead sea turtles,” said Todd Steiner, biologist and executive director of Turtle Island Restoration Network. “For decades the Hawai’i longline fishery has gotten away with killing and injuring sea turtles, seabirds and marine mammals. A healthy ocean belongs to all of us and shouldn’t be threatened by a small group of industrial fishing vessels.”

In December 2017 the court found that the National Marine Fisheries Service failed to properly analyze the Hawai’i-based swordfish longline fishery’s impacts on the endangered loggerhead sea turtles it kills and injures before permitting an expansion of that fishery in 2012. The Fisheries Service had authorized the fishery to interact with up to 26 leatherbacks and 34 loggerhead sea turtles, doubling the number of sea turtles it hooks or entangles.

“Sea turtles could go extinct if deadly longlines aren’t better regulated. For a few months, sea turtles will get a respite from millions of deadly hooks,” said Miyoko Sakashita, a senior attorney with the Center for Biological Diversity. “But more needs to be done to address permanently the very real harm caused by longliners in the Pacific.”

Sea turtles and marine mammals become hooked while trying to take longline bait, or become entangled while swimming through the walls of nearly invisible lines and hooks — encounters that can drown the turtles or leave them fatally injured. Seabirds such as Laysan and black-footed albatrosses also dive for the bait and become hooked; worldwide, longline fishing has caused precipitous declines in most albatross populations.

Earthjustice, the nation’s premier nonprofit environmental law organization, wields the power of law and the strength of partnership to protect people’s health, to preserve magnificent places and wildlife, to advance clean energy, and to combat climate change.