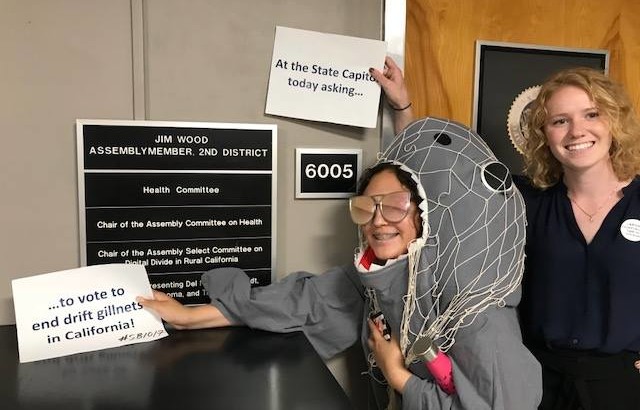 Last week, concerned citizens, environmentalists, sport fishermen, and seafood lovers celebrated a 33-0 victory as SB 1017 made it through the California Senate. The bill would phase out the state’s drift gillnet fishery by 2023 through a buyout of existing harmful gear.

Despite almost 40 years of management and clean up efforts, the California drift gillnet fishery remains incredibly wasteful and devastating to ocean wildlife. Alarmingly, 2/3 animals caught in these mile-wide nets are tossed back overboard dead or dying, making it one of the worst fisheries worldwide. That’s why, for as long as this fishery has been around, people have been trying to get rid of it. The more we see and learn, the clearer it is that we must act now, before it’s too late.

With its landmark victory in the Senate, SB 1017 made history! This is the farthest that a bill like this has ever gone towards becoming law, with previous attempts dying in committee (at best). It’s a testament to why advocacy works.

Advocacy is a show of public support for a policy or cause. In our case, it’s actually a combination of many various displays of support for ocean-friendly policies. We never know what will tip the scales in favor or against our causes, which is why it’s important for everyone who’s invested to make their voices heard in every way they can. Together, we are strong, united in our diversity, and a force to be reckoned with. In this campaign, we utilized many forms of speaking out, informing, lobbying, and advocating.

Here are our 5 favorite advocacy techniques and why they work:

1. Lobbying and speaking up! 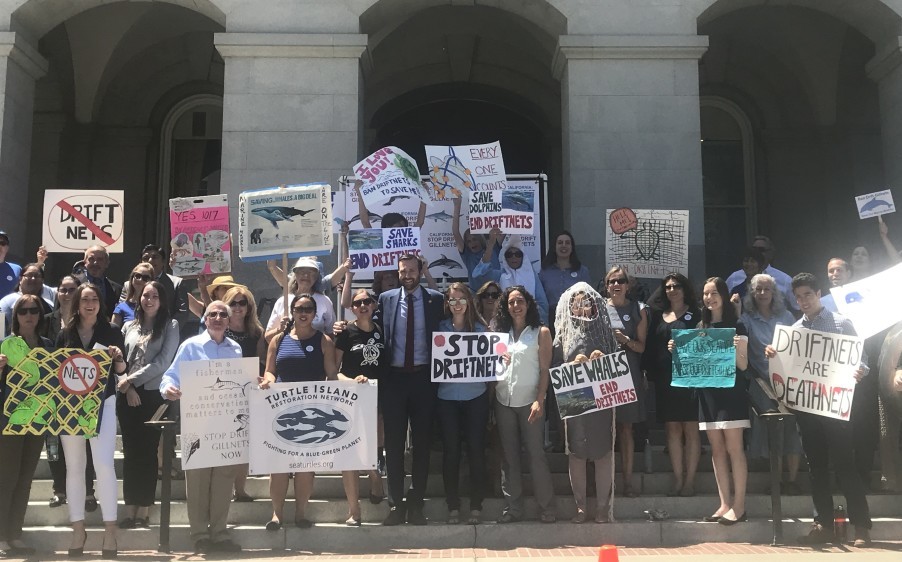 We and concerned ocean lovers rallied at the California State Capitol, visited Senators’ and Assembly Members’ offices, wrote letters/postcards/emails, called in, and testified in person in favor of SB 1017. Our representatives urge us to keep speaking up and speaking out; it’s only through this outreach that they can know how much this matters to their constituents. Each voice matters, and yours might be the one that changes a vote 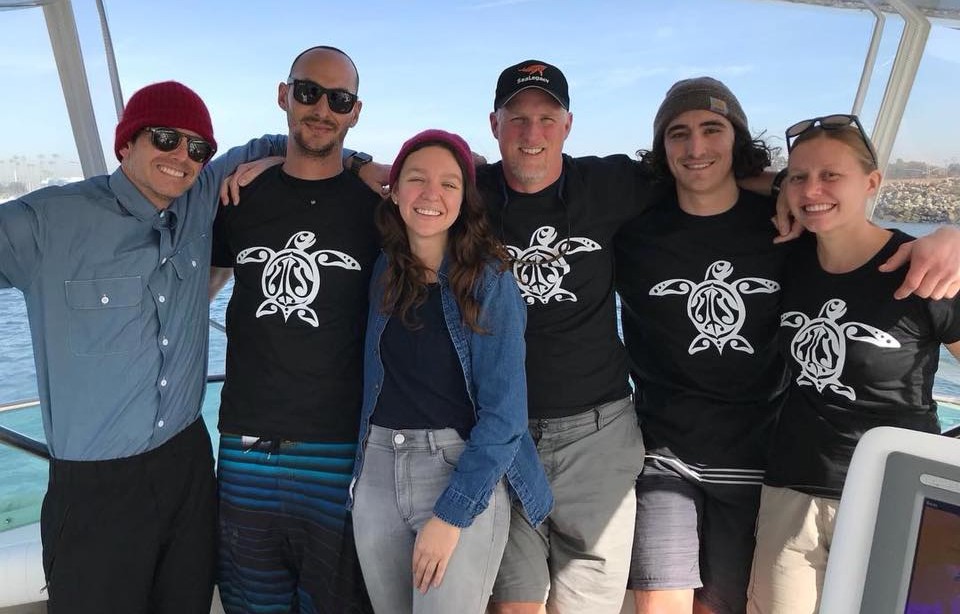 Building coalitions. Coalitions bring together people who may seem like unlikely allies (like sport fishermen and animal rights activists). They bring us together to fight a common enemy — in this case, drift gillnets. Turtle Island Restoration Network joined forces with Mercy for Animals, Sea Legacy, and Team Sharkwater as the Coalition to End Deathnets. Together, we released undercover footage of the secret slaughter happening on California’s drift gillnet boats. By uniting together, the coalition mobilized 100,000s together to spread the word, inform millions, and increase our impact.

Good news! Just weeks after Mercy For Animals and the #BanDeathNets coalition released shocking undercover footage of the commercial driftnet fishing industry, the California State Senate passed SB 1017 to phase out the use of driftnets.

Many businesses signed our coalition letter against drift gillnets, voicing their unequivocal support for the bill. These included sustainable seafood chefs, recreational sport fishermen, scuba divers, and ocean-loving kids who want to ensure that whales, dolphins, sea turtles, and sharks won’t go extinct in their lifetimes. Each business shared stories about why they love the ocean, why they oppose drift gillnets, and what they think we collectively should do. When we share their stories in their words, other businesses in their communities join the cause, too.

? @tonyakay shows the oceans some love on #ValentinesDay by protesting at Santa Monica Seafood, which sells unsustainably-caught swordfish. Thanks for fighting for ocean animals with us, Tonya! ? #BoycottSwordfish pic.twitter.com/pYmikqjKO6

Consumer action is a powerful motivator of change. We hosted swordfish boycotts at restaurants, seafood suppliers, and grocery stores across California. We protested sourcing swordfish caught using drift gillnets and longlines and marketing that to clients as “sustainable.” Several businesses changed their policies in light of boycott pressures, finding ways to stay profitable without selling the offending swordfish.

People save what they love. They love what they know. By showing people the beauty of our seas and also the devastating effect drift gillnets have on our ocean ecosystems, we simultaneously help people connect to our oceans and become invested in their protection. We take every opportunity to talk to people about why eating swordfish is connected to killing sea turtles, and how better ways to fish already exist.

The bill moves to the California State Assembly, where it will face 2 committees and a floor vote. We’re pulling out all the stops in lobbying, sharing, and speaking out. Advocacy works if we all get involved to do our part! We’ve got to tell our stories and share our love of the ocean. It’s only through this love that others will realize their own connections to the ocean, and work to save it. Together, we can make SB 1017 law and take a firm, critical step towards protecting our oceans for the future.