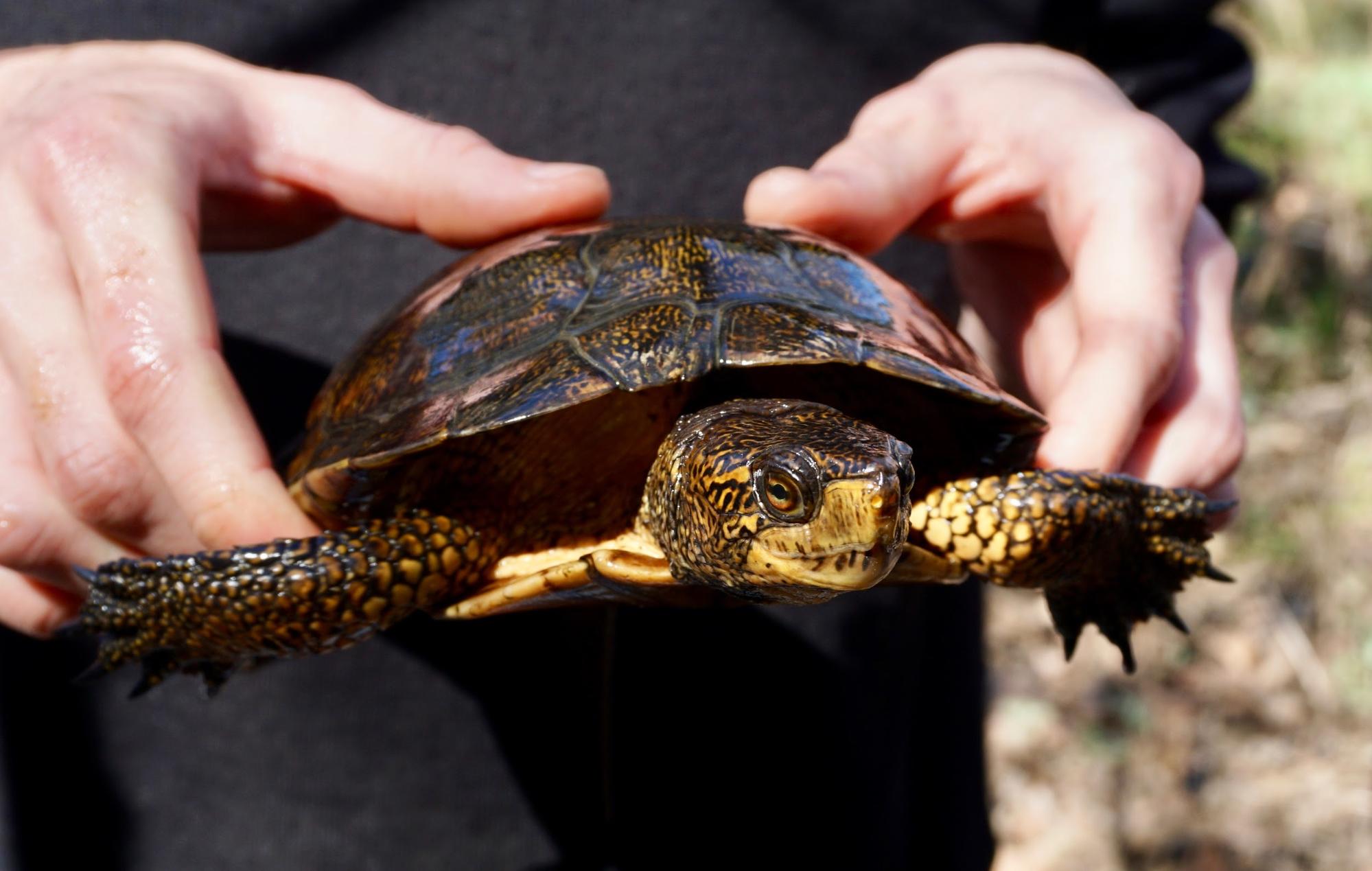 We were leading a creekwalk for a high school group that was helping us seed redwoods for our 10,000 Redwoods Project when our Native Plant Nursery Intern Harry McGrath thought he saw a turtle. As we looked to confirm, we saw this camouflaged shell nestled securely in the roots of some willows. 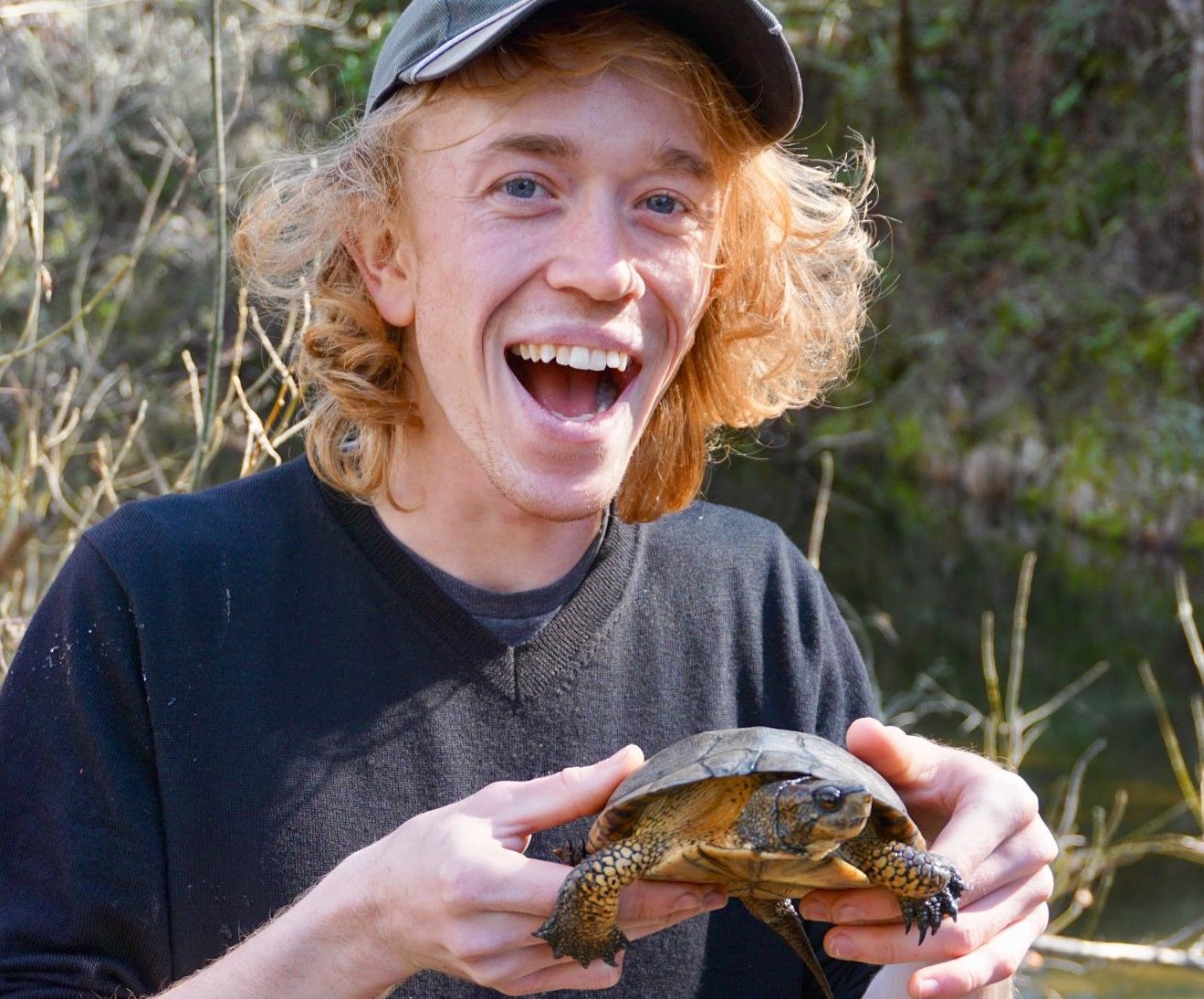 We were very interested to know if this was our native Western Pond Turtle or one of the growing number of invasive Red-Eared Sliders. As Harry carefully lifted the turtle out of the water we were in awe of the intricate pattern and vivid colors, we could see right away that it did not have the iconic red streaks along the neck. 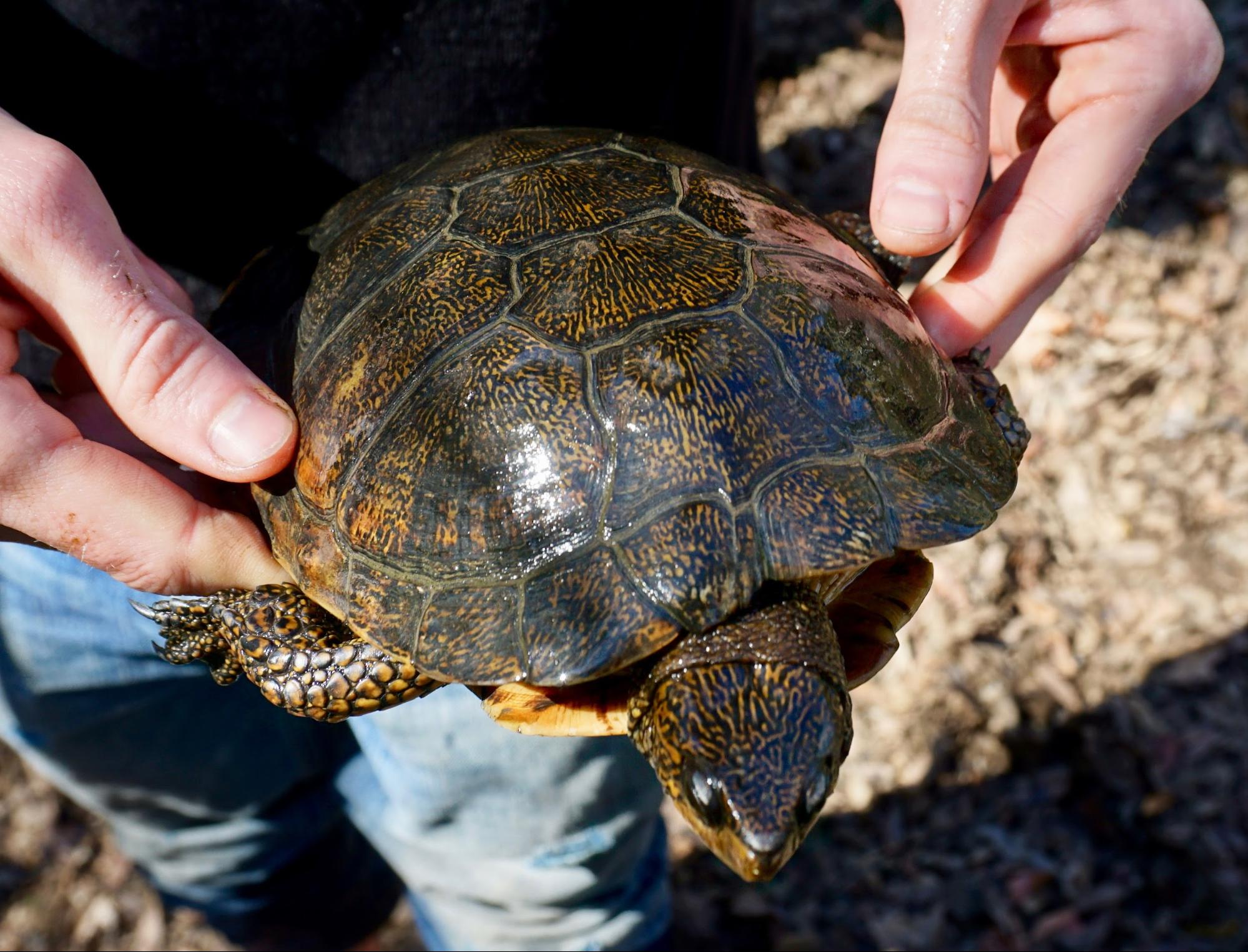 Upon closer inspection we were able to count the rings on the underside of the shell to estimate this turtle was about 15 years old. We also learned that it’s concave undershell and thick tail indicated that it was a male. 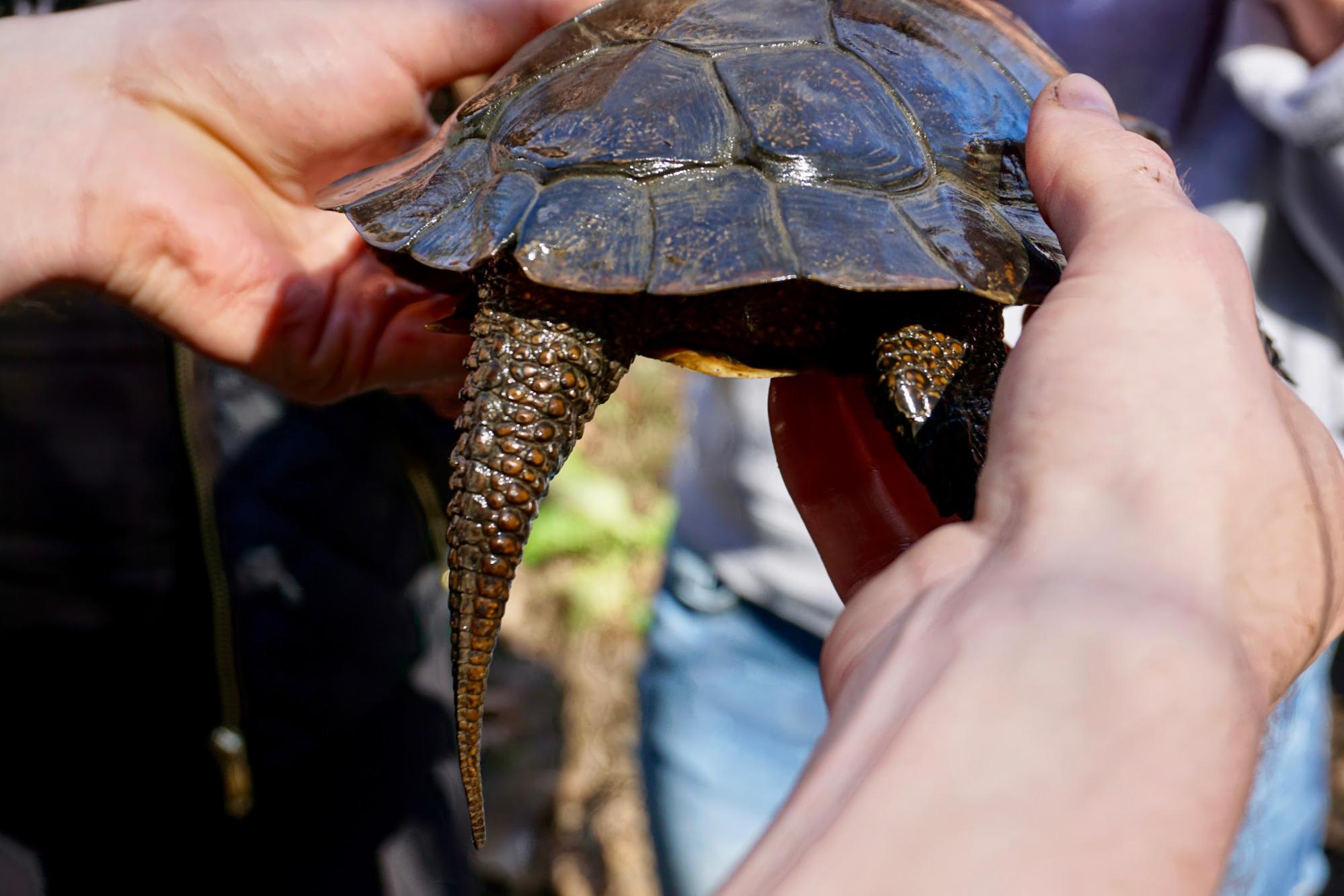 With an increasing number of people releasing their pet Red-Eared Slider turtles into the wild, our native turtles are pressed to compete. This is the first native turtle we have found in Lagunitas creek and provides yet another reason why we need to protect this important wildlife refuge.

Turtle Island Restoration Network began as the Sea Turtle Restoration project, and as it grew over the years it began taking on campaigns protecting endangered sharks, marine mammals, and endangered coho salmon. 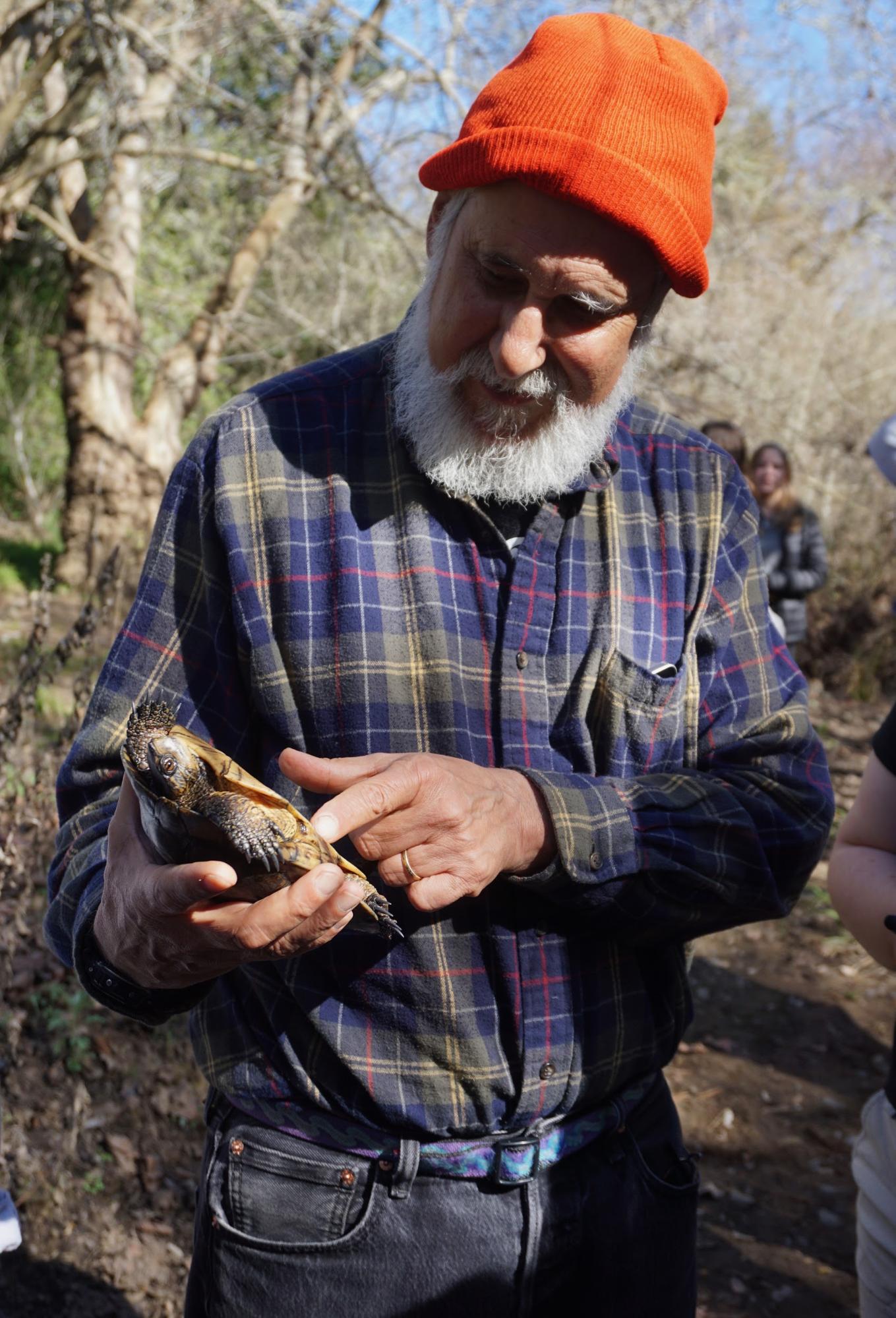 Our headquarters are located in Marin County, along the coast of Northern California, but ironic enough, the only sea turtles around here are Pacific leatherbacks from Indonesia. They don’t actually breed on our beaches, they just come for a buffet of jellyfish in the waters off of the coast. Simply said, it would be very unlikely to see one.

Our headquarters are located near Point Reyes National Park and throughout the summer we have a ton of visitors who stop by after they see our “Turtle Island” sign. The top questions we get asked is “Do you have any turtles we can see?”.

The high school group was officially the first group that has come to our office in California and been able to see a live turtle! This is one for the record books.