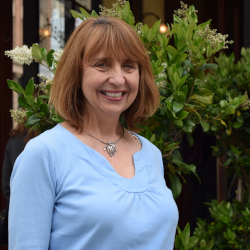 Environmentalist Teri Shore has championed winning campaigns to protect the natural world for more than two decades. As a former Campaign Director for TIRN, Teri directed marine conservation campaigns to protect endangered sea turtles and marine species at the state, national, and international level. At Greenbelt Alliance she tripled the size of greenbelts protected by voters from development. Her work at Friends of the Earth resulted in the clean up of air and water pollution from cruise ships, ferries and container ships.

Teri is a certified California Naturalist and was Environmentalist of the Year in Sonoma County in 2017; and earned the Dick Day Community Activist Award from Sonoma County Conservation Action in 2021. She is on the board of Sonoma Mountain Preservation and volunteers for Sierra Club wilderness campaigns. An avid hiker, she solo hiked the John Muir Trail in 2014.