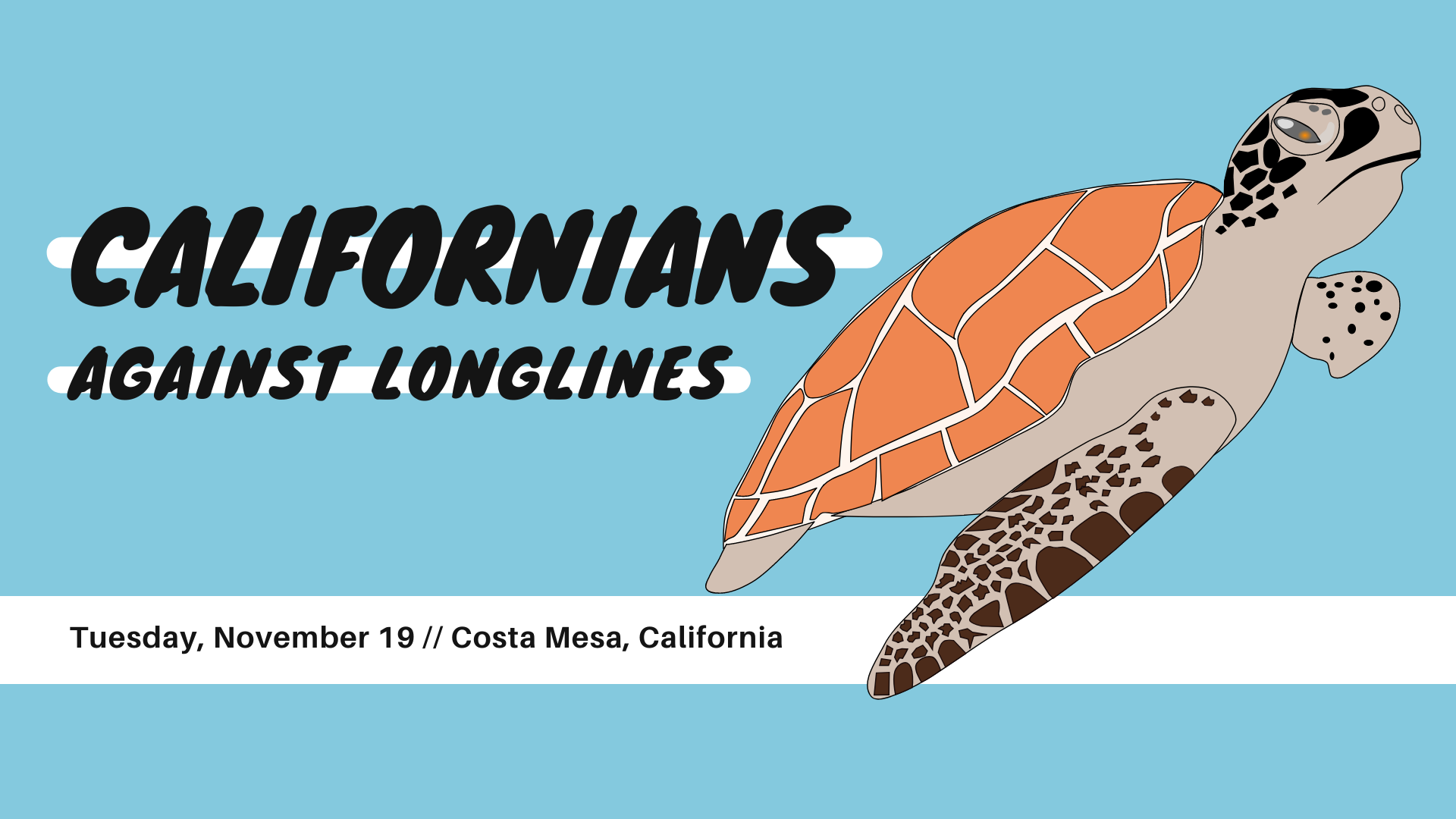 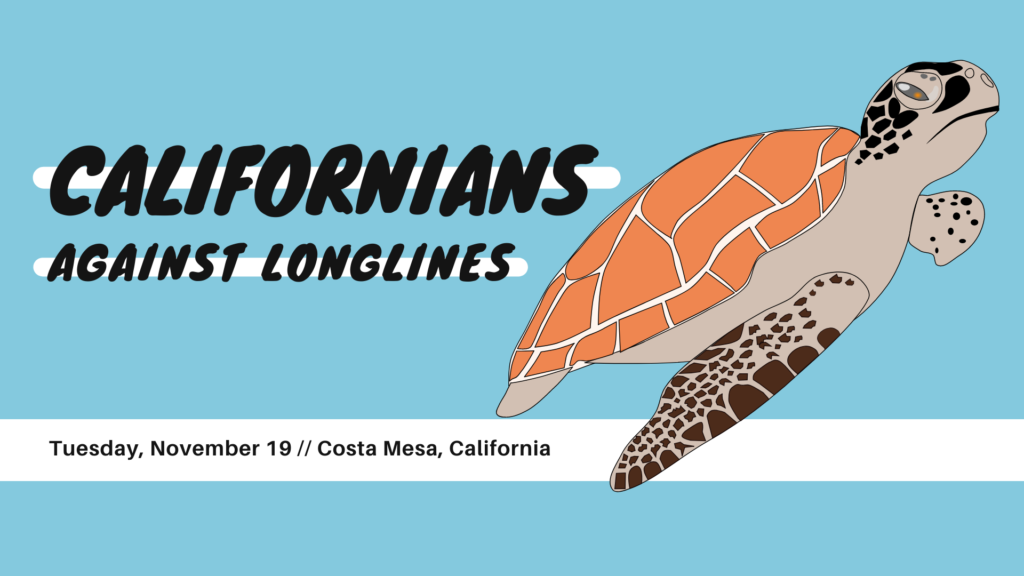 COSTA MESA, Calif. – Activists will stand with Turtle Island Restoration Network and The SeaChange Agency on Nov. 19 to protest a new longline fishery in the Pacific Ocean. The authorization would operate off California despite a federal ban on longline gear created in 2004 to protect sea turtles.

“Despite being banned in California for decades, approved experimental vessels are actively operating offshore today—and with planned expansion,” said Annalisa Tuel, the policy and advocacy manager at Turtle Island Restoration Network. “We need to be the voice for sea turtles, sharks, and other sea life that can’t speak for themselves.”

“At this point in time, we need to be forward-thinking in preserving our oceans and natural resources. In no shape or form can we afford to go back toward antiquated and barbaric fishing practices that were put on the shelf due to the massive amount of devastation that they are known to cause,” said Brock Cahill, director of The Sea Change Agency. “The levels of bycatch in the longline fishery are tragic. It is time for consciousness over convenience, and California is most typically a leader in this field! Let’s move forward, and not go back to something we banned decades ago. Let this be the end of the longline.”

What: Activists from environmental groups will speak out against the authorization of a longline fishery off California at the Pacific Fishery Management Council meeting.

Media availability: Activists with Turtle Island Restoration Network, The SeaChange Agency, and various environmental organizations will gather at the hotel lobby before attending the meeting.

Background
Longlines stretch up to 60 miles, with 1,000 hooks intended to catch swordfish and tuna. Sea turtles become hooked while trying to take longline bait or become entangled while swimming through the walls of nearly invisible lines and hooks. That can drown the turtles or leave them fatally injured. Seabirds such as Laysan and black-footed albatrosses also dive for the bait and become hooked; worldwide, longline fishing has caused precipitous declines in most albatross populations.

Turtle Island Restoration Network and allies sued the Trump administration in May for permitting a new longline fishery in the Pacific Ocean, despite a federal ban on longline gear created in 2004 to protect sea turtles.

The Fisheries Service issued the permit May 8, about a year after a federal court ordered the Hawaiian shallow-set longline fishery closed to protect endangered loggerhead sea turtles following a lawsuit filed by Turtle Island Restoration Network and the Center for Biological Diversity, represented by Earthjustice. After the court invalidated the inflated limits on incidental catch of sea turtles, the lower limits compelled an immediate closure of the Hawaiian shallow-set longline fishery.

Turtle Island Restoration Network is a global nonprofit whose mission is to inspire and mobilize people around the world to protect marine biodiversity and the oceans that sustain all life on Earth. Learn more at www.seaturtles.org.

The SeaChange Agency was launched in recognition that sharks and sea turtles, as well as other threatened marine species, are vulnerable and telling barometers for the overall health of the oceans, and that they face many massive hurdles in their battle for survival. In response, we help support endangered populations and preservation projects in several key locations across the globe. We strive to close the loop, educate people about their part in the problem, engage people in their part of the solution, and elevate the condition of the ocean at large, as well as our local waters.