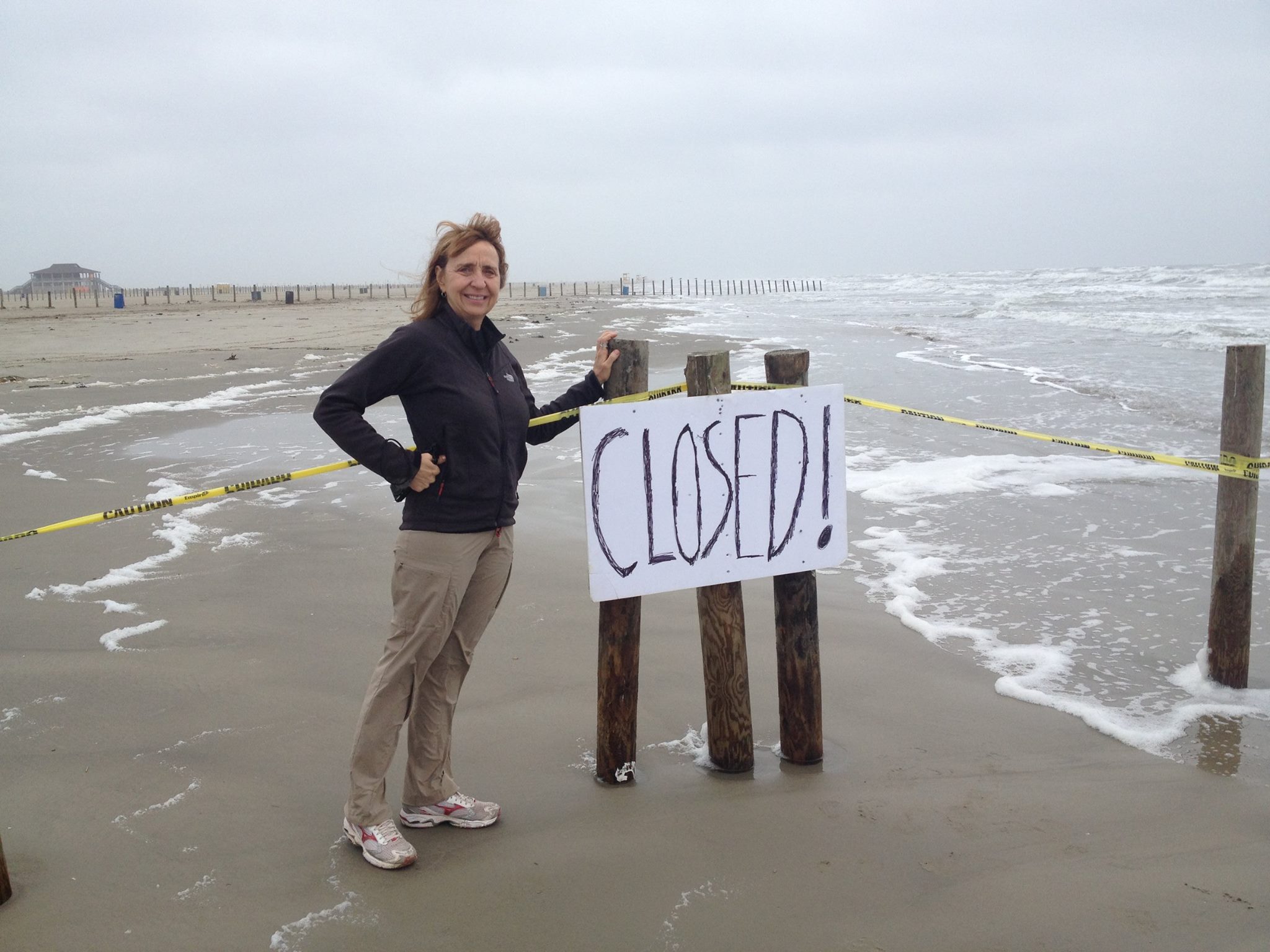 GALVESTON – The official Texas sea turtle’s numbers are declining, and so are the ranks of the Galveston volunteer patrols that protect their nests.

Money supplied by BP evaporated and researchers at Texas A&M University at Galveston who organized the annual patrols are scrambling to finance a program that helps ensure the survival of the Kemp’s ridley.

The loss of money for the patrols comes when they are needed most, said Kimberly Reich, director of the Sea Turtle Research Lab at Texas A&M Galveston. Fewer volunteers will be available to find turtles that may have hit patches of oil from a spill two weeks ago as they make their way from feeding grounds in Louisiana to their breeding grounds on the Texas coast, she said.

Perhaps more important is determining why their numbers appear to have decreased since 2010, when an explosion on BP’s Deepwater Horizon oil platform pumped millions of gallons of oil into the Gulf of Mexico. For a decade before that, Kemp’s ridleys had been on the rebound from near extinction.

“If we don’t keep track we won’t have any information on this sea turtle, which is really the poster child for cleaning up the Gulf of Mexico,” said Pamela Plotkin, who heads the Texas Sea Grant Program that donated $10,000 to the turtle patrol upon hearing that it was in financial trouble.

The Sea Grant donation gives the sea patrol about $20,000, not enough to run the patrol as it has been in the past, Reich said.

For each of the last three years the federal Natural Resource Damage Assessment program gave $100,00[0] to the patrol. The money was [to] collect data for a possible civil lawsuit against BP for oil spill damage, said Donna Shaver, chief of Sea Turtle Science and Recovery division at Padre Island National Seashore. The data collection ended so that analysis could begin in preparation for a possible trial, Shaver said.

Reich said the patrols could scrape by with $50,000, but need closer to $70,000 to pay for gas, insurance and maintenance of vehicles to comb 75 miles of beach from Surfside Beach in Brazoria County to High Island on the Bolivar Peninsula.

The U.S. Fish and Wildlife Service uses information from the patrols and should be paying for the them, said Carole Allen, Gulf director for the Sea Turtle Restoration Project.

“We are begging for money,” Allen said. “Why doesn’t the Fish and Wildlife Service step up and provide money for this?”

Fish and Wildlife officials could not be reached for comment Monday.

Without additional funds, there will be no patrols on the 20-mile long Bolivar Peninsula save for a few volunteers who will walk beaches close to their homes, Reich said. Saturday patrols will be curtailed, as will the twice daily patrols usually made during the height of the nesting season, about four weeks in May and June.

Threat to flow of data

The reduced patrolling makes it more difficult to know what’s happening to the Kemp’s ridleys. The March 22 oil spill caused by a collision between a ship and a barge occurred just before the April 1 nesting season began. A colder than usual winter kept turtles from Texas beaches, but they could encounter oil once they begin their journey, Reich said.

“We want to make sure that every female is nesting and the only way to do that is to have people out there,” Reich said.

The reduced turtle patrols also threaten the continuity of the data collected by Texas A&M scientists for at least a decade, she said.

The Sea Turtle Restoration Project has pitched in to help recruit and coordinate volunteers, Reich said. The patrol has about 86 volunteers but 30 more are needed, Reich said. Anyone spotting a nesting sea turtle is asked to phone 866-887-8535.

Article by Harvey Rice of the Houston Chronicle