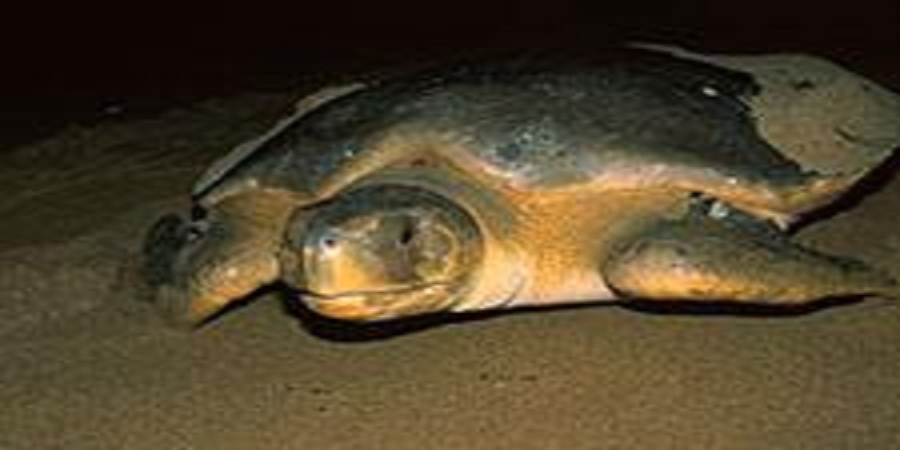 Sea turtles and whales that swim and nest along the wild Kimberley coast in Northwest Australia were ignored by Big Oil and the Western Australian government in deciding to site a new LNG gas plant near James Price Point.

Australian flatbacks, greens, and hawksbills utilize the waters and beaches of the Kimberley region; and olive ridleys and leatherbacks are sometimes seen. Very little is known about these populations due to lack of research and dominance of fossil fuel and mining interests. Read more about the Kimberley.

Sea Turtle Restoration Project is joining environmentalists in Australia in condemning this decision and working to reverse it. Program Director Teri Shore will be visiting the region in February 2010 and organizing an activist eco-tour for December 2010.

California’s Chevron Corporation is part of the oil consortium pushing for industrialization in the region; and recently broke ground on the Gorgon Project on Barrow Island directly on top of critical flatback nesting beaches south of the Kimberley.

A press release on the devastating decision was released by Western Australian environmental groups today:

Decisions by WA Premier Colin Barnett and Commonwealth Resources Minister Martin Ferguson to force industrial LNG development on the Pristine Kimberley Coast ahead of an environmental assessment demonstrate reckless disregard for environmental laws, and open the door for legal challenge, according to environment groups opposed to the plan.

“Today’s decision by Premier Barnett on the site for an industrial gas hub, and yesterday’s announcement by Commonwealth Minister Ferguson that joint venture partners would be forced to choose a development location for Browse LNG within 120 days have combined to set a D-day for the Kimberley” said Piers Verstegen, Director of the WA Conservation Council.

Josh Coates, Kimberley Campaigner with the Wilderness Society WA said that “Recently released research conducted by local whale experts clearly shows that the site chosen by Premier Barnett is part of one of the most important humpback whale calving and feeding grounds in the world.”

“Environmental assessments for the area have not been completed but the Premier and Woodside are so determined to industrialise the Kimberley they are prepared to disregard the intent of State and Federal agreements and environmental law, raising the strong prospect of legal challenge.” Josh Coates from the Wilderness Society said.

“The Premier has a made a huge mistake in trying to get this gas hub and industrial port built in the Kimberley; he’s in such a hurry that he’s forgotten about the need to follow commonwealth and state environmental laws.” said Environs Kimberley Director Martin Pritchard.

“This decisions by Premier Barnett, and yesterday’s announcement by Minister Ferguson that joint venture partners would be forced to choose a development location for Browse LNG within 120 days demonstrates that both State and Commonwealth governments have no regard for the environmental impact assessment process that is required under State and Commonwealth law.”

Conservation Council of WA Director Piers Verstegen said “The community has become used to the WA government overturing recommendations by the EPA, but here we have both state and Commonwealth Governments proceeding to force development before the required assessments have even been completed.”

“These reckless decisions can only open up legal challenges and the consequences of that are potentially years of court hearings, this is exactly the opposite of what potential investors and share holders want to hear.” Concluded Mr. Verstegen