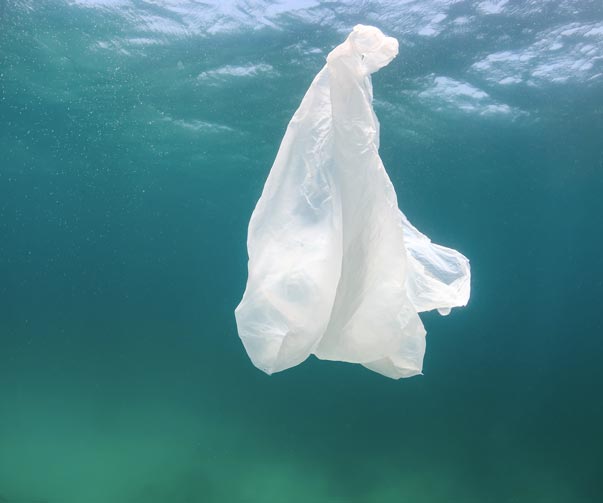 GALVESTON — In honor of Earth Day, environmental volunteers and thousands of school kids are working to support one mission: reduce single-use plastic bags in Galveston.

Clean Galveston, an island environmental group, sponsored the contest to challenge students from 15 schools to collect single-use plastic bags to send to recycling centers in an effort to cut down on the environmental risk of bags landing on the street as litter or in Galveston’s waterways.

Another group on the island, “Bring the Bag” has been working for months to rid the island of plastic bags.

Organized in November 2013 by the Galveston Chapter of the Surfrider Foundation and the Turtle Island Restoration Network, with support from the Harris & Eliza Kempner Fund and Clean Galveston, “Bring the Bag” is encouraging the use of reusable bags on the island.

Joanie Steinhaus, of the Turtle Island Restoration Network, said the effort has given away well over 1,000 reusable bags and spoken this year to about 5,000 people — including 750 students in Galveston, Santa Fe, Clear Creek and Dickinson — about the risk factors of plastic bags.

“You can’t drive down a road without seeing a plastic bag flying down the street,” Steinhaus said. “We hope that is not going to be something people remember about this area.”

Steinhaus said that the non-biodegradable plastic bags are particularly harmful in Galveston as they are more likely to end up in the ocean. When plastic bags land in the water, she said, they put turtles and other marine life that might consume them at great risk.

“Bring the Bag” organizers have opted not to pursue a ban on single-use plastic bags in Galveston, Steinhaus said.

“Instead of calling the effort ‘ban the bag,’ we named it ‘bring the bag,’’ she said. “We want to focus on the positive actions that people can do rather than turning some businesses away at the idea of a ban.”

Steinhaus said the political environment of Texas makes a ban difficult, but she hopes that the group still will be able to discourage the use of plastic bags through information campaigns and by giving away free reusable plastic bags that volunteers make out of T-shirts.

The organization relies on donated materials from local businesses to create the bags out of things such as left over T-shirts from past events.

Volunteers will meet from 5-8 p.m. today at Galveston Island Brewing Company, at 8423 Stewart Rd. in Galveston, to make bags from donated grain bags from the brewery.

Steinhaus says she hopes there will be more events like the Galveston School District recycling program.

“That is exactly the kind of event that will make people, especially kids, think more about the bags they may see their parents pick up at the store,” Steinhaus said.

Each winning school will each receive a park bench from Clean Galveston, the nonprofit island beautification group, and a bench made from recycled plastic bags from the Trex company.

“The schools were really behind it this year. The kids got into the competition,” school district spokesman Johnston Farrow said. “We hope this will give the kids a lifelong habit of recycling.”

Clarification: Clean Galveston, the non-profit organization dedicated to Galveston environmental projects, sponsored the Bag’s Life competition for Galveston schools as a way to teach students at an early age about littering. The “Bring the Bag” campaign is a separate group with the goal of reducing the use of plastic bags in Galveston. This story has been updated to clarify both groups’ roles.

Read the story on Daily News.