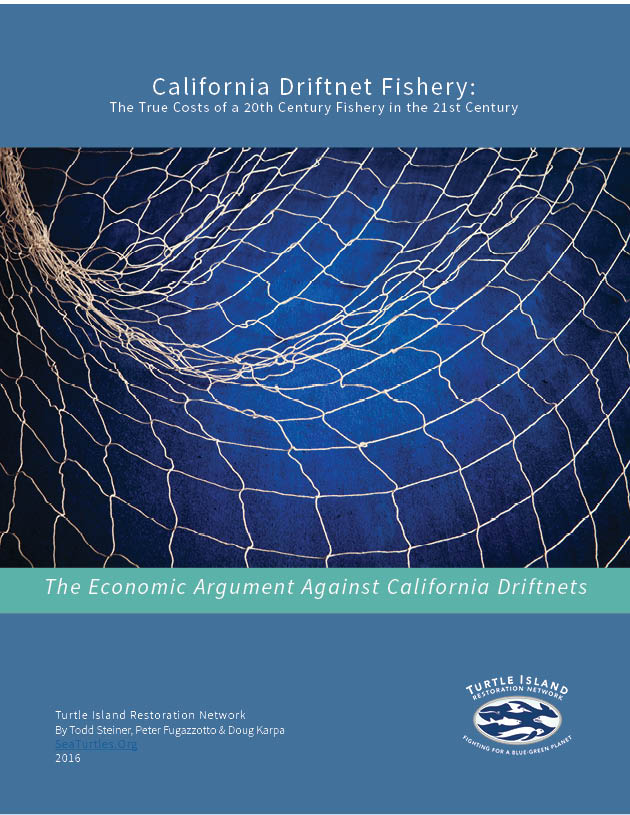 California’s Driftnet Fishery: A Costly Toll on the State Economy

California’s Driftnet Fishery: A Costly Toll on the State Economy 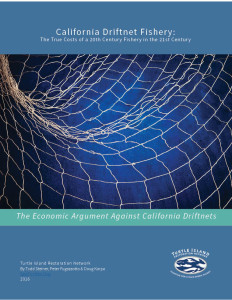 “California’s driftnet fishery not only kills more whales and dolphins than any other on the West Coast, but is a bad investment for U.S. tax payers, who shoulder the costly burden of regulating an outdated method of fishing,” said Peter Fugazzotto, strategic director of Turtle Island Restoration Network (SeaTurtles.Org), which has worked for over a decade to reduce wildlife deaths in this and other fisheries.

The driftnet fishery in California consists of roughly 20 fishing vessels. The vessels set out nets the size of the Golden Gate Bridge to float overnight and indiscriminately catch whatever swims into their nets.[1] The California driftnet fishery kills or injures approximately seven times more whales and dolphins than all other observed fisheries in California, Oregon, Washington, and Alaska combined, and 13 times more than any other single observed fishery on the West Coast.[2]

For a fishery that is responsible for less than .3 percent of California’s fishing revenue, the environmental impacts, and associated management costs are disproportionately high when compared to other California fisheries. One of those costs is that of animals killed as “bycatch” (a fisheries term for unwanted marine wildlife caught alongside target species of fish). The driftnet fishery catches whales as bycatch. These same whales that are considered without value and bycatch by the driftnet fishery are the basis for California’s whale watching industry, with revenues of $20 million a year (nearly 40 times the value of the driftnet fishery).

“The California driftnet fishery has run out of excuses. We have better technology available today that causes less harm to California’s whales, dolphins and sea turtles, and costs less to tax payers. The time to phase out driftnets is now,” said Doug Karpa, report author and legal program director for Turtle Island Restoration Network.

Turtle Island’s new report shows that it is time for California to phase out this costly, outdated, and ineffective method of fishing. Turtle Island has proposed a clear path forward by sponsoring an innovative new bill – Senate Bill 1114 authored by Senator Ben Allen (D-Santa Monica). This smart bill lays out a transition plan to phase out the use of these mile-long nets to a new, more environmentally and economically responsible fishing method using deep-set buoy gear.

“This economic report provides critical information on the high cost of continuing to allow outdated fishing technology to operate off our California coast, and gives lawmakers the information they need to act by supporting Senate Bill 1114,” said Cassie Burdyshaw, policy director at Turtle Island Restoration Network.

SB 1114 passed on a 7-2 vote through the California Senate Committee on Natural Resources and Water, and will next move to the Senate appropriations committee, and then to the senate floor for consideration, before moving to the Assembly should it be passed by the full Senate.