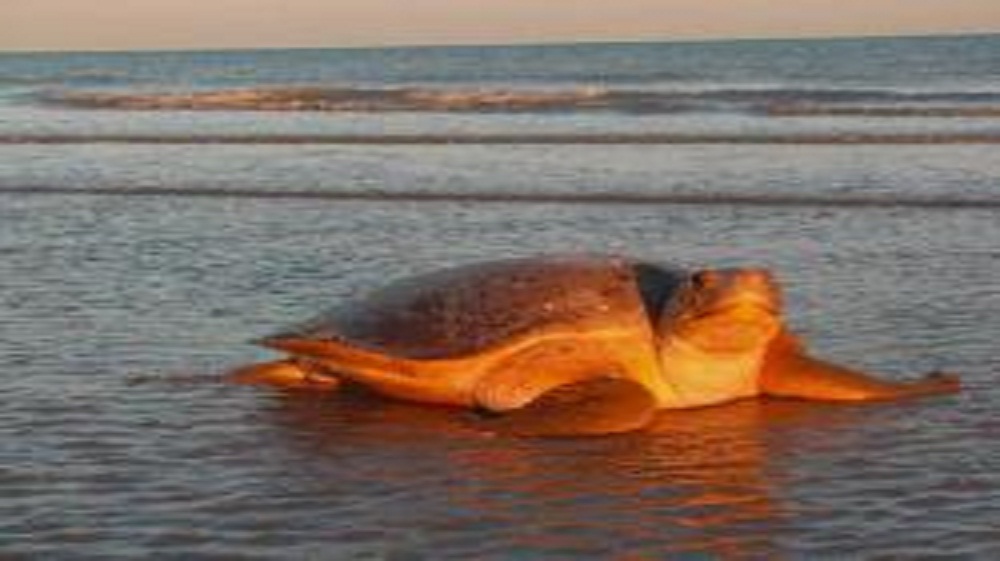 An environmental assessment released yesterday found that California-based Chevron is constructing its massive new Wheatstone Liquid Natural Gas refinery, pipeline and port in ocean waters critical to calving whales, feeding sea turtles and grazing dugongs without adequate, if any, protections to reduce the already high risk of extinction of these marine species.

The Wheatstone LNG refinery project was given approval to move forward despite huge negative environmental harm as spelled out by the Environmental Protection Authority of Western Australia. A public comment period is open until June 29 on the approval for the project, sited in the remote Northwest of Australia.

Conservationists are also accusing Chevron of allowing nesting sea turtles to be harmed and harrassed by workers at its nearby Gorgon refinery, now under construction on the Barrow Island nature reserve. Download the letter.

“Chevron is hell bent on slashing open the ocean bottom to siphon off gas reserves no matter what the cost to marine life,” said Teri Shore, Program Director of Turtle Island Restoration Network (TIRN) in California. “Chevron has not bothered to address harm to turtles or whales in its frenzy for fossil fuel profits.”

The EPA stated that: “insufficient weight has been given to the status of the species as protected species” and that “there is already, or could be in the medium term future, a high risk of extinction of the species.” Download the environmental assessment here.

Chevron’s Wheatstone will be among the biggest carbon polluters in the world, increasing Australia’s greenhouse gas emissions by 1.7 per cent and Western Australia’s emissions by 13.5 per cent compared to 2006-07 levels. The refinery is one of five major oil and gas projects in the area, including Chevron’s Gorgon project at Barrow Island that is sited on top of a nature reserve and nesting beach for more than 3,000 sea turtles.

“This area is incredibly important to the Australian flatback turtle and Chevron shows little regard for these endangered species” said Jill StJohn, Marine Co-ordinator, The Wilderness Society (TWS) WA. “At Barrow Island there have been allegations of dead turtles washing onto the beaches and workers hosing sea turtles to prevent them from coming up on the beach to nest” she added.

Chevron is also a major partner in the widely opposed Browse Basin natural gas facility in the Kimberley, where protestors are now blockading illegal oil company clearing of public lands.

TIRN and TWS are calling on Chevron to halt its expansions in the region until cumulative harm from these projects are assessed and prevented, and for it to pull out of the Browse Basin project in the Kimberley.

Chevron’s Wheatstone LNG pipeline, refinery and gas carriers will cut through coastal waters used as a resting and calf feeding ground by the largest population of humpbacks in the world, likely killing whales with vessel strikes and separating mothers and calves due to underwater noise from construction and operations.

Australian flatback and green turtles rely on the same waters for breeding, feeding and migration. But Chevron did not even consider the well-known disturbance and disorientation to nesting sea turtles and hatchlings from artificial lighting, according to the EPA, which stated: “There is no evidence that any planning for the minimization of lighting for the facility or in the placement of flares has been undertaken.”

The Chevron Alternative Annual Report released at Chevron’s shareholder meeting in May details the company’s irresponsible environmental and human rights abuses in Australia, the U.S. and around the globe. Read the report here.