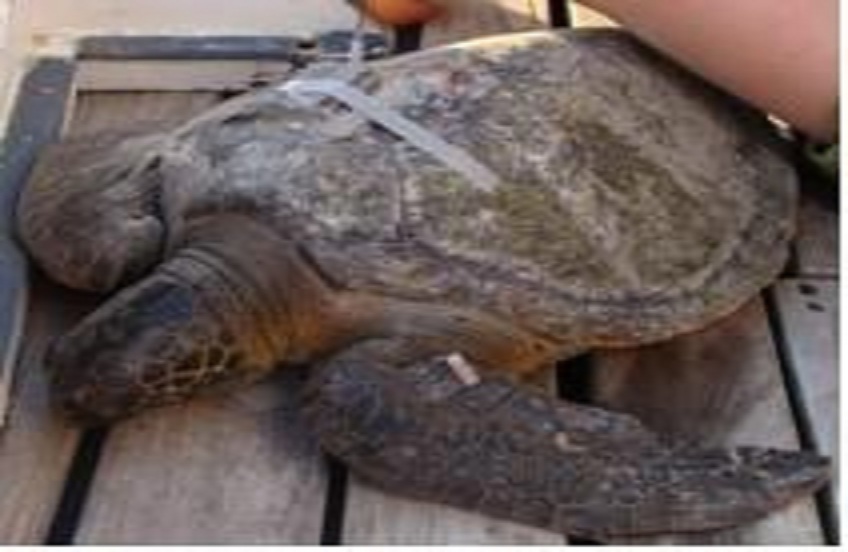 (April 1, 2009, San José, Costa Rica)—Marine scientists on a 10-day sea turtle and shark tagging expedition to Cocos Island National Park (March 20-30) successfully attached satellite transmitters to two endangered green turtles and acoustic transmitters to four hammerhead sharks. This technology will allow the group to monitor the turtles’ exact movements anywhere these animals choose to swim and/or nest in the entire Pacific, as well as record the sharks’ behavioral patterns as they congregate around Cocos Island and other islands of the Eastern Tropical Pacific.

The expedition was composed of scientists from Pretoma (Costa Rica), Turtle Island Restoration Network (United States), and assisted by researchers and scuba diving experts from the United Kingdom, Russia, Germany, USA, and Australia. In addition to the tagging, the group downloaded tracking information stored on four receivers that were deployed around the island during previous hammerhead shark tagging expeditions.

“This data is critical if we want to better understand these animals’ movements inside the National Park’s boundaries, as well as their movements during their long migrations throughout the Pacific,” commented Randall Arauz, President of Pretoma and the expedition’s scientific director. “Previously tagged hammerheads have been recorded traveling up to 700 km between Cocos Island and the Galapagos Islands of Ecuador in just 14 days, showing that their movements are directional,” informed Arauz. According to the scientist, movements have also been confirmed between Cocos Island and Malpelo Island, Colombia.

Hammerhead shark populations have been decimated over the last 30 years through overfishing spurred on by the Asian shark fin soup market. Estimates place the animals’ destruction between 70-90% over the last 30 years. While marine fauna in the waters surrounding Cocos Island benefit from a no-fishing policy that extends 12 nautical miles, the area is not immune to illegal fishing practices. “Unfortunately fishing still occurs within the Park’s boundaries, despite the hard work of Park Rangers, Coast Guard officers, and NGO park partners which provide patrol boats,” said Arauz. He noted that a silky shark outfitted with a satellite transmitter in June 2008 headed directly to Puntarenas after only three weeks, with the last signals broadcasting from inside a fishing neighborhood.

The two turtles outfitted with satellite transmitters are the first turtles to be tagged at Cocos Island National Park and included an adult male and a juvenile female. “Right now we don’t know where these turtles nest or how they use the Cocos Island habitat,” commented Todd Steiner, biologist and executive director of Turtle Island Restoration Network, an international ocean protection organization headquartered in California. “This research will be crucial in designing better recovery and management plans for these amazing endangered species,’ said Steiner. This is believed to be the first time a juvenile green turtle has been outfitted with a satellite transmitter. “However, better management and recovery plans for these endangered species aren’t enough,” warned Steiner. “We also need the political will of the Costa Rican government to enforce the Park’s no-fishing boundaries, and duly prosecute these law breakers.”

Cocos Island National Park, located 550 km off Costa Rica’s Pacific coast, was declared a National Park in 1978 and was designated a World Heritage Site by UNESCO in 1997. In 2002, the World Heritage Site designation was extended to include an expanded marine zone with a no-fishing policy extending 12 nautical miles around the island. The underwater world of the national park has become famous due to the attraction it holds for divers, who rate it as one of the best places in the world to view large pelagic species such as sharks, sea turtles, rays, tunas and dolphins.

Pretoma is a Costa Rican Civil Association of Public Interest and is an active member of the International Union for the Conservation of Nature IUCN and the World Society for the Protection of Animals WSPA. For more information visit www.pretoma.org

Turtle Island Restoration Network is an international marine conservation organization headquartered in California which works to protect sea turtles and marine biodiversity around the world. For more information, visit www.SeaTurtles.org