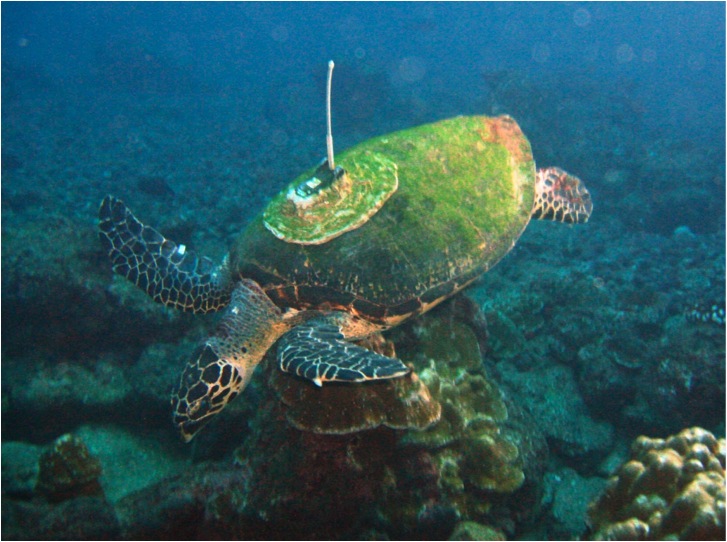 As part of a research program to understand the ecology and movements of sharks and turtles within and beyond the borders of Costa Rica’s Cocos Island National Park (Cocos), participants spent nine days at Cocos capturing and tagging sea turtles, tagging sharks, recording data on relative abundance on all species of sharks and rays encountered, collecting sea turtle tissue samples for genetic analysis and stable isotope analysis, and downloading data on previously tagged sharks and turtles from an array of underwater receivers (Fig.1).

This expedition was privileged to have additional scientists on board including Drs. Boris Worm and Chris Clark of Dalhousie University, Dr. Alex Hearn of Turtle Island Restoration Network, and the Director of the newly created Seamounts Marine Management Area of Costa Rica, Isaac Chinchilla joined our shark tagging on most dives. Additionally, we had two Canadian film crews along working on separate film projects that will highlight our research projects at Cocos.

Participants were divided into two dive teams. Each dive team conducted a total of 27 daytime dives during nine days of diving (12-21 November) at 12 dive sites. In addition , each team had an opportunity to participate on a couple of recreational night dives, including the famous white tip reef shark feeding dive in Coral Gardens, during which several close encounters with Galapagos sharks occurred.

Water temperature (from Todd’s dive computer) varied from 75- 82º F, but was definitely on the warm side with little or no thermocline. Only one dive registered 75º F, and most dives showed little variation from 80º F at the surface or at depth. Despite warm water temperatures, sharks and other fish were relatively abundant. Once at Cocos, it was mostly cloudy with a little sun and rain. Visibility was good (ranging from ~50-80 feet). The seas were moderately choppy on the crossing to Cocos and calm on the return. Currents were moderate during dives.

All turtles seen were counted and when possible, attempts to capture them were made. Assistants helped with catching, moving, weighing and measuring turtles. Other duties carried out by research assistants included photo/video documentation, shark counting, and receiver retrieval. All receivers were retrieved, data downloaded, new batteries installed and re-deployed.