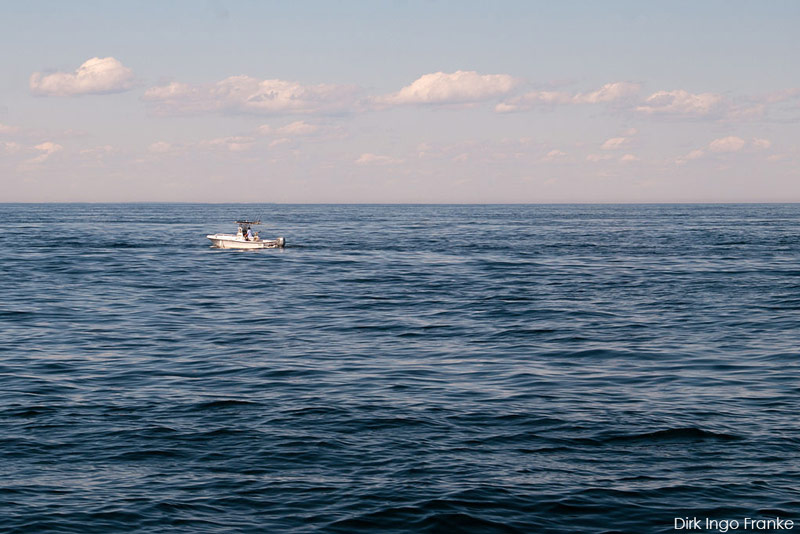 WASHINGTON — With numbers at the lowest levels ever recorded, environmental groups petitioned the National Marine Fisheries Service today to end targeted fishing for Gulf of Maine cod. These once-plentiful fish have declined 90 percent since 1982, when monitoring began, and 77 percent in the past five years alone. Currently Gulf of Maine cod are at 3 percent to 4 percent of what a well-managed stock should be.

“A long history of overfishing New England cod has brought us to a tipping point — either reverse the decline now or say goodbye to Gulf of Maine cod,” said Dr. Doug Karpa of Turtle Island Restoration Network. “Fishing sustainably can allow a cod comeback, but there’s no time to lose.”

Today’s petition, filed under the Administrative Procedure Act, urges the Fisheries Service to follow the Magnuson-Stevens Fishery Conservation and Management Act requirement to rebuild overfished species. The Center for Biological Diversity, Turtle Island Restoration Network, SandyHook SeaLife Foundation and Greenpeace called for the Fisheries Service to prohibit fishing for Gulf of Maine cod, allowing catch only incidental to other targeted fish, and reduce such bycatch to levels that allow the cod population to rebuild. In the past four years, three assessments confirmed the Gulf of Maine cod’s downward trend. Though still valuable, cod’s economic importance has waned; the former staple has been replaced by lobster, herring and pollock.

“The giant cod catches of yesteryear are over — these poor fish have been exploited to commercial extinction,” said the Center’s Catherine Kilduff. “For cod to live on as a symbol of New England’s prosperity and perseverance, they have to live on in our ocean. It’s time to help bring back Gulf of Maine cod.”

“The Atlantic cod is more than a fish,” said Dr. Thomas Armbruster, founding president of the SandyHook SeaLife Foundation. “The fishery brought such wealth to New England that it became a cultural icon and an integral part of our American history. Now we must find ways to save this fish for future generations. Today’s decisions matter — difficult though they may be.”

Drastic cuts in catch have failed to reverse the decline of Gulf of Maine cod, which is in the worst shape seen in 40 years. Cod feed on the bottom of the ocean off New England, making them one of several groundfish caught in trawls and gillnets. While the Fisheries Service has cut allowable catch, poor monitoring means that fishermen may be throwing dead cod overboard rather than bringing them to port, which keeps mortality too high. The catch limits proposed by the New England Fishery Management Council keep fishing too high to rebuild by 2024, as the Magnuson-Stevens Fishery Conservation and Management Act requires.

“The collapse of cod populations has cost tens of thousands of jobs, devastated fishing communities, and transformed the North Atlantic food web,” said John Hocevar, a marine biologist with Greenpeace. “We will not be able to restore the health of our ocean and the coastal communities which depend on it until we take the steps that the data show us are necessary.”

Although Gulf of Maine cod have been overfished for over a decade, a new assessment in August 2014 required the Fisheries Service to issue an emergency action, which included a 200-pound trip limit to reduce fishing for cod. The emergency action expires May 12, 2015. On Feb. 23, 2015, at the industry’s request, the Fisheries Service issued a proposed rule to create an exemption for several groundfish sectors, or groups of fishermen, from the interim measure’s trip limit.

The drastic cuts in catch even prior to the emergency action caused the Fisheries Service to declare a federal fisheries disaster and Congress in 2014 to allocate $32.8 million in federal disaster money to the New England groundfish industry. Nonetheless, in its proposed catch limits for next season, the New England Fishery Management Council recommended catch limits above what the rebuilding plan allows to mitigate economic concerns.

Read an FAQ about the petition.

The Center for Biological Diversity is a national, nonprofit conservation organization with more than 825,000 members and online activists dedicated to the protection of endangered species and wild places. www.biologicaldiversity.org

Greenpeace is the leading independent campaigning organization that uses peaceful direct action and creative communication to expose global environmental problems and to promote solutions that are essential to a healthy ocean. www.greenpeace.org