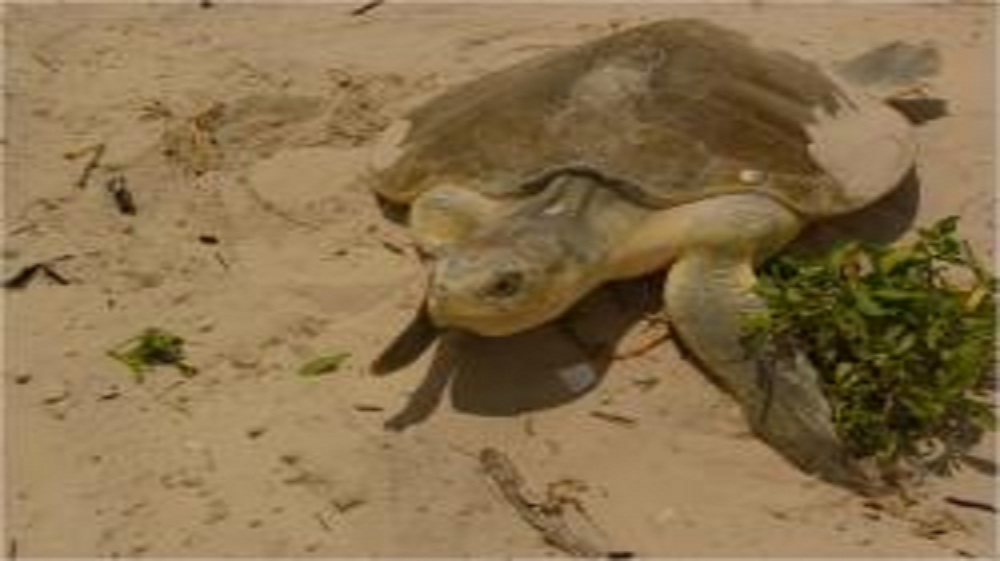 Galveston, Texas Sea Turtle Restoration Project has announced that a LightHawk plane will be flying over the shrimp fleet along the Texas coast for several days this week with observers and photographers aboard. Large numbers of shrimp boats from eastern Gulf states are anticipated to enter Texas waters since the BP oil spill has caused closures in their home waters. This could result in a spike of sea turtles being captured and drowned in shrimp nets if Turtle Excluder Devices are not used properly.

The annual Texas/federal shrimping closure will end Thursday evening, July 15, at sundown. The annual closure begins in May and allows shrimp to grow to a more profitable size.

“ Mike Ray of Texas Parks and Wildlife’s Coastal Division has assured us that there will be a strong law enforcement presence from the state, National Marine Fisheries Service and the Coast Guard,” said Carole Allen, Gulf Office Director of the Sea Turtle Restoration Project. “The LightHawk flights will enable us to gather information about shrimp boats in Texas waters as well as the number of law enforcement boarding shrimp boats and any presence of oil.”

LightHawk is a volunteer-based aviation organization with more than 100 volunteer pilots flying various missions in North and Central America. Their pilots have been taking conservationists over the BP oil spill for several weeks.

“Endangered Kemp’s ridleys are in the oil spill which may be headed to Texas soon;” Allen said. “They don’t need threats from shrimpers not using Turtle Excluder Devices or not using them properly.”

Early last week, the Sea Turtle Restoration Project used a volunteer pilot from On Wings of Care to fly over the massive oil slick offshore of Louisiana. The flight over Texas will also search for any signs of approaching oil. Dr. Chris Pincetich, marine biologist and toxicologist, was on the previous flight and will be part of the Texas fly over this week.

“What we saw from the air was very different from what agency predictions are currently reporting. Hurricane Alex dispersed much of the oil slick into the water column and pushed it west towards Texas” says Pincetich.

The LightHawk project will remain in Galveston over the weekend to work with other non-profit groups monitoring habitat restoration and looking for the leading edge or any evidence of the massive BP oil spill in order to plan for its arrival.