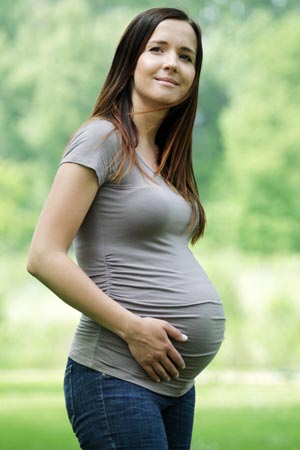 By Turtle Island Restoration NetworkAugust 21, 2014Got Mercury?
No Comments

In June, the Environmental Protection Agency and Food and Drug Administration proposed a minimum weekly level for fish consumption for the first time. Women who are pregnant, breast-feeding or trying to become pregnant, it said, should eat up to 12 ounces of fish per week. After all, fish is a great source of lean protein and omega-3 fatty acids.

The problem: Fish also can be a good source of mercury — and, in an article published Thursday, Consumer Reports is taking issue with the new guidelines.

The FDA lists on its Web site the average amount of mercury found in different types of fish. Most types of tuna have relatively high mercury levels. Unfortunately, according to Consumer Reports, the FDA may be underestimating the danger.

When the magazine analyzed the FDA’s data, they found 20 percent of the light canned tuna samples tested since 2005 have almost twice as much mercury as what the FDA said is the average amount. Just as some samples have higher mercury than the average, some may have lower levels of mercury. But consumers can’t know whether the cans of tuna they’re buying might have an above average amount.

The National Fisheries Institute, which represents seafood companies and restaurants, disputed the findings by Consumer Reports, saying the publication’s warning flies in the face of independent, peer-reviewed science.

In a statement, the institute said: “Though we urged CR to do a thorough, balanced and science-based job, that obviously did not happen. Minimal research would have presented reporters literally hundreds of independent seafood studies from the FDA to the World Health Organization that clearly demonstrate the net benefit gained from eating seafood, like tuna.”

The FDA’s new recommendation comes after an FDA study revealed one in five women were avoiding fish during pregnancy. “Emerging science now tells us that limiting or avoiding fish during pregnancy and early childhood can mean missing out on important nutrients that can have a positive impact on growth and development as well as on general health,” said Stephen Ostroff, the FDA’s acting chief scientist, in a statement.

“We’re particularly concerned about canned tuna, which is second only to shrimp as the most commonly eaten seafood in the United States,” said Jean Halloran, director of food policy initiatives for Consumers Union, the advocacy arm of Consumer Reports. “We encourage pregnant women to avoid all tuna.”

“The brain undergoes a series of complex developmental stages that need to be completed in the right sequence and at the right time,” according to Philippe Grandjean, an adjunct professor at the Harvard School of Public Health. He told Consumer Reports that the mercury in fish consumed by the mother could reach the fetus within hours and do permanent damage.

What isn’t contested: Like other large fish, tuna absorb a type of mercury called methylmercury, a product of industrial pollution, in their fatty tissues.

What is: Whether it’s really safe to eat tuna.

This isn’t the first time Consumer Reports has flagged the issue. They issued similar warnings in 2006 and 2011.

The FDA is standing by its guidance. “Based on a review of the latest science, we have concluded that it is possible for pregnant and breast feeding women, and women who might become pregnant, to increase growth and developmental benefits to their children by eating more fish than these groups of women typically do,” the agency said in a statement provided to Consumer Reports. “This can be done while still protecting them from the potentially harmful effects of methyl mercury in fish.”