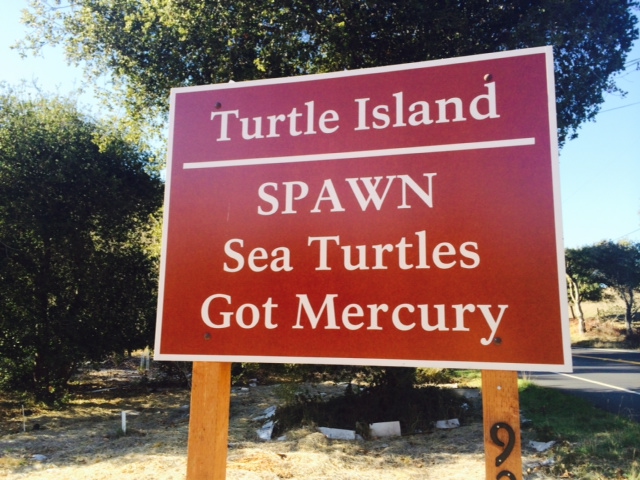 In a victory for local environmentalists seeking to protect endangered species habitat, Marin County Superior Court Judge Lynn Duryee has issued a Tentative Ruling against the County of Marin, the Board of Supervisors and landowner Joshua Hedlund. If allowed to stand, and if subsequently pursued by Marin environmental organizations, the ruling could be a cornerstone for widespread changes in County planning practices.
The 7 November 2003 ruling supports claims that the County failed to adhere to California Environmental Quality Act (CEQA) regulations, failed to uphold Stream Conservation Area (SCA) policies as set forth in the Marin County General Plan, and failed to justify their decisions with acceptable findings of fact.
As a result, the approval of the design review application and issuance of the building permit were ordered set aside. However, Hedlund’s attorney, Neil Sorensen, a former Marin County planner, stated that they would appeal the judge’s decision. The County of Marin has not yet indicated whether it will also appeal.
Salmon Protection And Watershed Network (SPAWN), a west Marin environmental non-profit that protects and restores habitat critical to endangered aquatic species, brought the legal action. The Tomales Bay Association (TBA), another west Marin non-profit, later signed on. SPAWN is fund-raising to cover the costs of the initial suit and will seek to defend the case through appeals.
Prior to the suit, many groups and individuals protested the Hedlund development on Lagunitas Creek in the San Geronimo Valley throughout the entire County process, from the initial application review through the Planning Commission to the Board of Supervisors final hearing. Virtually all of the arguments upheld by the Court were made to the County, but without success, leaving legal action as the only remaining recourse.

Ruling May Affect Long-Standing County Practices
The ruling calls into question long-standing County practices. For example, the County has been in the habit of giving “categorical” exemptions to the vast majority of new homes and home expansions, even in environmentally sensitive areas. Alleged County failures to enforce CEQA and the Marin General Plan have been frequent complaints of government watchdogs and citizens.
The County of Marin has traditionally used the “categorical” exemption provision of CEQA as a catch-all to move single family home applications along. The County found the proposed Hedlund project to be “categorically exempt from the requirements of the California Environmental Quality Act (CEQA) pursuant to 14 Cal. Code Reg. § 15303 “because the construction of one single family residence on a legal lot would not create adverse environmental impacts.” Essentially, this argument depends on the idea that one more house will almost never add a significant impact relative to the impact created by existing development. But it fails to account for cumulative impacts (of all the previous developments, plus the new one, with an eye toward the impacts of future development), which CEQA requires.
Judge Duryee found that “the county erred procedurally and substantively in concluding that this project is categorically exempt from CEQA review” and “the manner in which it (the Marin Community Development Agency (CDA)) arrived at that decision was in violation of CEQA, and constitutes an abuse of discretion.” Duryee then set aside approval of the Hedlund application and building permit, effectively denying the development for the time being.

Marin County General Plan Is Enforceable Law
The second cause of action was the violation of General Plan SCA Policies. The SCA Policies include specific directions for certain planning situations that arise; these include provisions for dealing with development entirely within the 100-foot buffer zone of the SCA (see related archived Coastal Post articles, available on HYPERLINK http://www.coastalpost.com www.coastalpost.com), which was directly applicable to the Hedlund project.
A third cause of action for the lawsuit was listed as the County’s failure to make findings in support of its decision – or failure to cite facts to justify their positions.
Judge Duryee found that overall, “The CDA’s implied finding that no exception to the exemption exists is not supported by substantial evidence in light of the whole record, and it was an abuse of discretion to so find.”

Cumulative Impacts Apply
Cumulative impacts of past, present and future development must be considered in project approval under both CEQA and the County General Plan Policies, yet have been routinely ignored in the County planning processes.
The plaintiff’s lawyer, Michael Graf of San Francisco, stated in the petition, “The approval of this project (Hedlund), in combination with past, present and foreseeable future development has the potential for significant impacts on water quality in San Geronimo Creek and on listed salmonids whose long term survival along the Central California Coast is in jeopardy.”
Again, Judge Duryee concurred, “The creeks in San Geronimo Valley were expressly designated as areas of critical concern and were precisely mapped by federal and local agencies, after noting endangered fish and habitat had been degraded by unrestricted past development, and which habitat is particularly sensitive to the effects of the construction and population, e.g., decreased groundwater, pollution from construction, and residents, subsidence of banks and siltation from unnatural runoff, etc.”

Mitigations Do Not Obviate CEQA
The ruling acknowledged the developer’s efforts to mitigate significant environmental impacts, but observed that those efforts do not pre-empt the need to follow CEQA guidelines. The subtext is that mitigations do not adequately assure that all potential impacts have been rendered null without CEQA evaluation to determine whether the mitigations proposed are adequate to allow a development to continue.In addition, the ruling took as oxymoronic the County’s claim that mitigations had been made that negated the need for CEQA review: “To allow the County to exempt a project after concluding that the adopted and proposed mitigation measures would eliminate any adverse impact, renders the concept of ‘categorical’ exemptions meaningless.”

A Motivation for Change
While not terribly different from many other projects, the Hedlund project – a large house (4 bedrooms with a 5-car garage) on a small lot right on top of creek – caught the attention of West Marin environmentalists as an archetypical example of County failures to abide by CEQA and the County General Plan. However, the ruling could affect a wide range of projects, currently and in the future.
The ruling on the litigation brought by SPAWN and TBA has demonstrated that the County of Marin can be held legally accountable for upholding and enforcing existing laws and policies in areas in which the County has been historically lax.
If successfully defended in the appellate court, and adequately pursued by subsequent environmentalist actions, Duryee[‘s ruling could herald a more attentive era at the County of Marin. The County may now have to review its use of the “Categorical Exemption” for single-family home development, its consideration of cumulative impacts, and its interpretation of its duty to enforce the provisions of the County General Plan in the absence of subordinate County Code regulations.
The County Planning Commission and the Board of Supervisors may be less able to ignore the natural features of a parcel or regulatory habitat protections. They must base their decisions on fact to justify heretofore unsubstantiated, sometimes apparently arbitrary positions.
Finally, as a logical extension in this line of thinking, the question has been raised as to whether some form of mitigation is always enough to allow a development to continue; and to what degree the project should also fit into the themes of General and Community Plans.

The Bottom Line
This ruling validates key positions of critics of County planning practices and carries the potential to be a fulcrum for widespread changes in those practices. However, much will depend on the results of legal appeals, the County’s choices in responding to the court’s position, and the ability of watchdogs to pursue follow-up legal action.