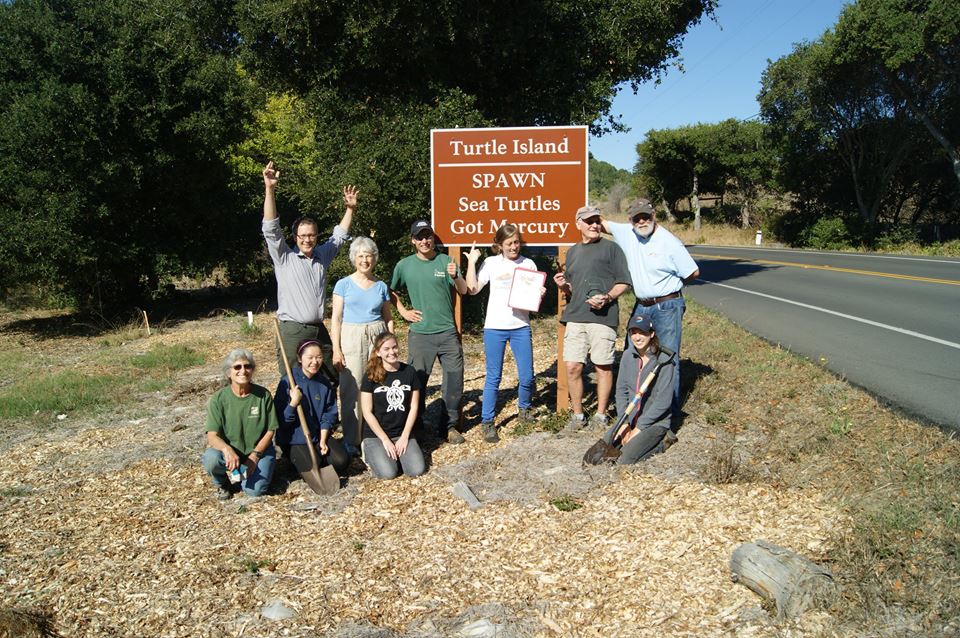 The award is named after Marin County Supervisor Charles McGlashan. The San Francisco Chronicle described him as “an environmental visionary,” for his efforts to champion renewable energy, outlaw plastic bags in Marin, and support green transportation incentives. The award honors his memory and organizations making environmental strides in the community.

Past awards have gone to local organizations with grassroots beginnings.  Last year, the STRAW project, an organization that coordinates a network of committed teachers, students, and community members to help with ‘shovel-ready’ restoration projects in the Bay Area, received the award.

“We are honored to accept the Charles McGlashan Environmental Award on behalf of the thousands of SPAWN supporters, volunteers, and our small staff that works tirelessly, to protect and restore the environment of Marin and its most emblematic and critically endangered species, the Coho Salmon,”said Todd Steiner, executive director of Turtle Island Restoration Network and its SPAWN program, who was accompanied to the podium by his colleagues Ms. Erica Heimberg and Dr. Doug Karpa. “Community involvement and support in restoration projects is one critical component to prevent the extinction of coho salmon, so this honor means a lot to us.”

Steiner used the award acceptance speech to call for stronger action to prevent the extinction of coho in Marin, placing responsibility for inaction on political expediency by County Supervisors, some who were present at the award ceremony. He said, “Coho still survive in Marin today because of the courage of past political leaders to protect some parts of their critical habitat. This involved making difficult political decisions that definitely angered some of their constituents, but years later we honor and celebrate these courageous political leaders: people like Charles McGlashan and many of you here tonight. We need that same courage and leadership today if we are going to save Marin’s coho salmon.”