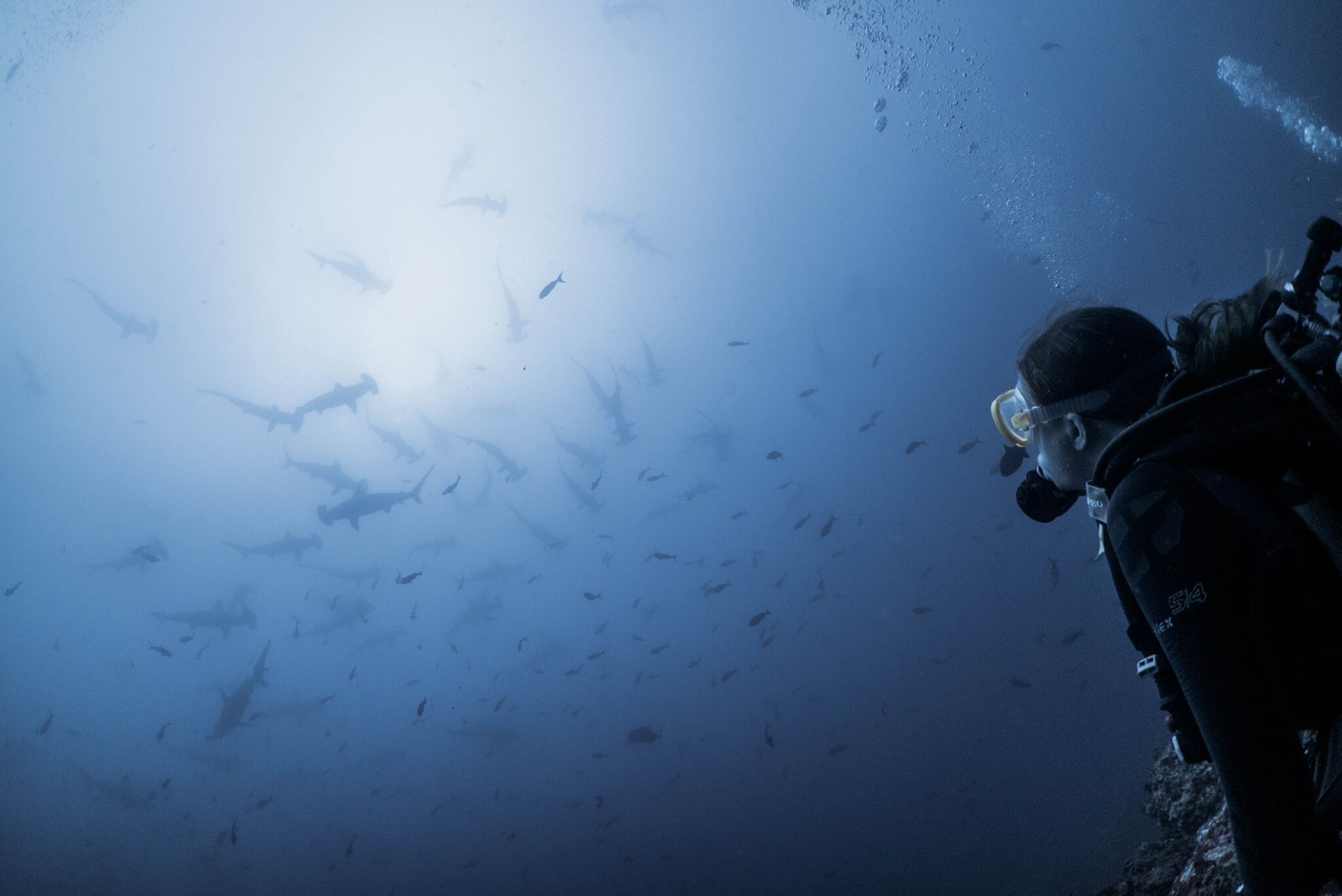 In August, I joined over a dozen volunteers who set off with Turtle Island Restoration Network (TIRN) for a research trip to the beautiful Cocos Island, off the coast of Costa Rica. The remote island, a 36-hour boat trip from the mainland, is a hotspot for endangered scalloped hammerhead sharks.  The sharks gather in “cleaning stations” where small fish remove parasites and dead skin cells from the shark’s bodies.

Weather conditions were favorable and, on many dives, we were able to see thousands of fish, including hundreds of hammerheads. Volunteers surveyed the number of various ocean animals present, taking notes at 5-minute intervals. Notations are made with pencils and boards that are tied onto the diver’s equipment to prevent them washing away in the Cocos currents.

The more adventurous volunteers helped to tag the sharks, waiting until a shark neared before using a spear to attach the tag to the shark’s body. The sharks swim away, surprised but unharmed. The tags and surveys support the growing movement to protect a wide swath of ocean between Costa Rica and Ecuador.

While both Costa Rica and Ecuador offer some protections for ocean animals like sharks and sea turtles, these animals know no boundaries and make the long journey from one country to another regularly. While on their journey, these amazing creatures are at an elevated risk from threats like commercial fishing.

Since 2009, Turtle Island Restoration Network has been collecting data and advocating for the creation of a protected swimway. Now, TIRN is part of a dedicated coalition of nonprofits that are working to make this idea a reality. The swimway is making steady progress and will be discussed at a variety of international meetings this year.

Diving in Cocos was a reminder of the awe-inspiring magnificence of the ocean. I’m sharing a photo of what I saw in Cocos so that you can share in my sense of wonder and love for hammerheads! And, if you’re a diver, please join Turtle Island Restoration Network on one of our next research expeditions. You won’t regret it.