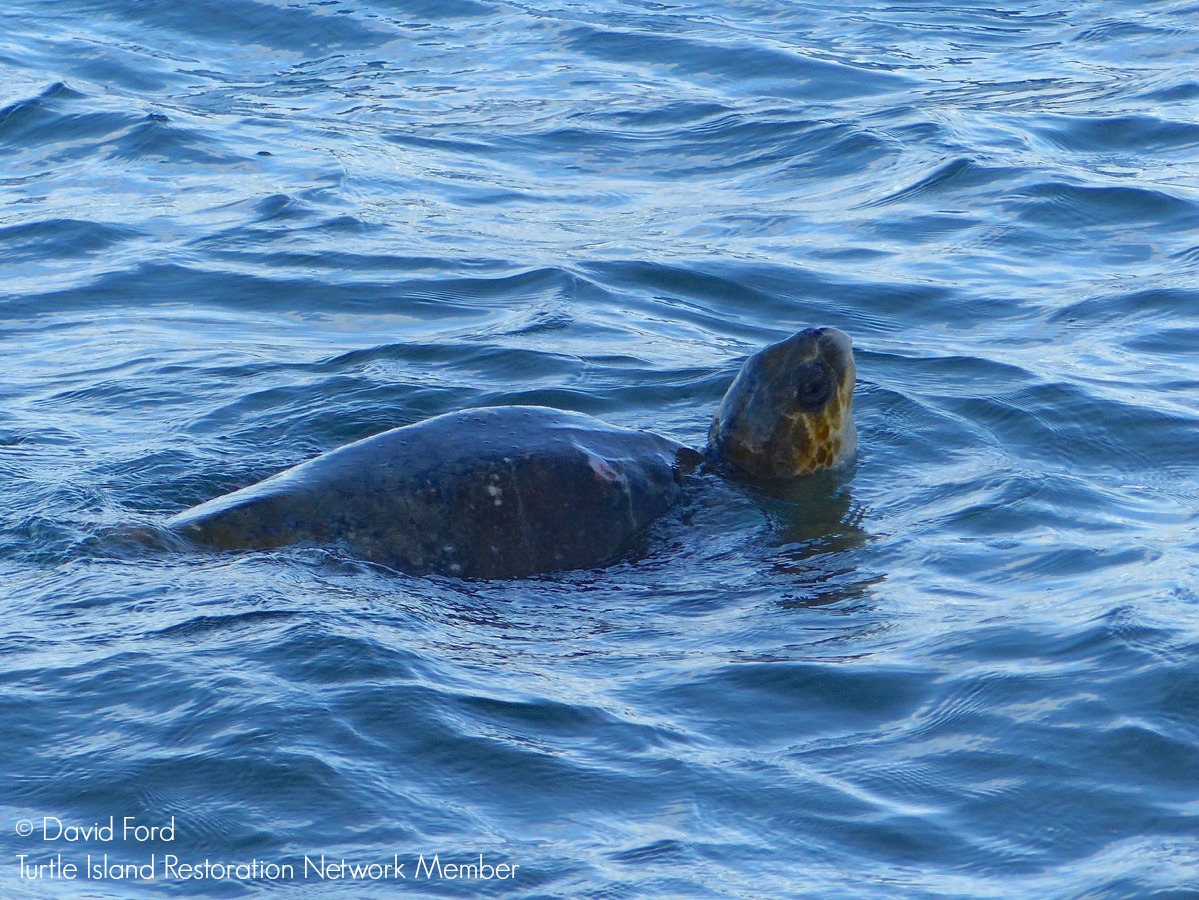 The turtle was sighted around 2:30 pm yesterday by a group of visitors who had gathered to view elephant seals at Point Reyes National Seashore. David Ford, a member of Turtle Island Restoration Network, was among those lucky enough to spot the turtle.

“The sea turtle was paddling around about twenty feet off shore, then it finally headed out, dove down and disappeared,” he said. “It was sharing the area with juvenile elephant seals and surf scoters,” he added. The turtle appeared healthy and is reported to have about a 3-foot carapace.

Olive ridley sea turtles are normally found nesting thousands of miles south of here, with the largest nesting concentrations occurring in southern Mexico in the state of Oaxaca, and in Costa Rica. A few records of dead animals stranding along the Pacific Coast have occurred in the past 50 years, including at least two in California, two in Oregon, one in Washington and three in Alaska.

“This olive ridley sea turtle is way out of its normal range, and while what it was doing here will remain a mystery, it is probably due to the warm water El Nino conditions occurring in the Pacific. This species nests in Mexico and Central America and is normally found in tropical and temperate warm waters, with its distribution normally bounded by the 20º isotherms,” said Todd Steiner, biologist and executive director of Turtle Island.

The animal was thousands of miles from its normal range in Point Reyes National Seashore when it was sighted.