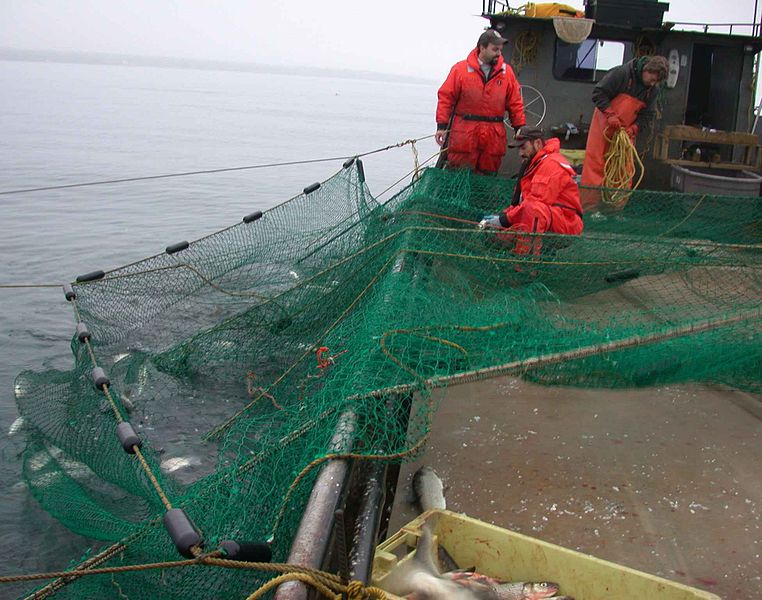 Proposed Permit for Deadly Nets off California and Oregon Denied

San Francisco, CA â€” Under pressure from scientists and conservation groups, the National Marine Fisheries Service (NMFS) denied a proposal to allow drift gillnet vessels to operate in an area off the California and Oregon coasts where such fishing is seasonally banned to protect the critically endangered Pacific leatherback sea turtle. The drift gillnet fishery, which targets swordfish, tuna and sharks, also kills not just endangered sea turtles, but humpback, fin, gray and sperm whales, and several species of dolphins and other marine mammals.

Last week NMFS notified the regional fishery management body, the Pacific Fishery Management Council (PFMC), that a proposed exempted fishing permit (EFP), which would have allowed the use of mile-long drift nets in the Pacific Leatherback Conservation Area (an offshore area spanning from south of Monterey Bay, California to Lincoln City, Oregon), would not be issued.

â€œWe commend NMFS for affirming the protection of Pacific leatherback sea turtles,â€ said Ben Enticknap, Pacific Project Manager for Oceana, an international organization dedicated to protecting the worldâ€™s oceans. â€œWe have reached the point where every leatherback sea turtle countsâ€”these majestic and critically endangered animals will go extinct within our lifetimes if we do not act to protect them now.â€

â€œThe Leatherback Conservation Area has provided role-model protection in much needed efforts to reverse the path towards extinction for the Pacific leatherbackâ€ states Karen Steele, Campaign Coordinator for the Sea Turtle Restoration Project an international organization dedicated to protection of sea turtles. â€œThe goal should now be an international effort to duplicate this successful protection measure in other critical areas for the leatherback throughout the Pacific.â€

The Pacific Leatherback Conservation Area was established in 2001 to protect leatherback turtles as they migrate along the U.S. west coast. Since the closure was established, not one leatherback has been reported killed in the drift gillnet fishery. Despite this remarkable success, the PFMC last November approved an EFP that would have reopened the Conservation Area to drift gillnets during the critical months when turtles are foraging off California and Oregon. In denying the permit, NMFS cited a recent scientific study which underscores the importance of nearshore waters off the U.S. west coast as critical foraging habitat for migrating leatherback turtles.

Pacific leatherbacks remain in serious trouble, having declined by more than 95% in the last 25 years. These champion travelers migrate 6,000 miles from Indonesia and New Guinea to feed off the U.S. West Coast, dealing with incredible obstacles along the way. This decision helps to remove one of those deadly obstacles, giving these ancient and majestic turtles a better chance at surviving for the future.

However, the drift gillnet fishery continues to operate outside the Pacific Leatherback Conservation Area, killing other species of imperiled sea turtles as well as endangered whales and other marine mammals. Moreover, NMFS is also currently considering a separate permit, also approved by the PFMC, which would allow an experimental pelagic longline fishery in the Pacific Leatherback Conservation Area this fall. Pelagic longline fishing, in which thousands of baited hooks are strung on lines in excess of 40 miles long, is considered a primary cause of the decline of Pacific leatherbacks, which become entangled and drown in the gear.

â€œWhile denying the drift gillnet permit is an essential step towards leatherback recovery, allowing pelagic longline fishing along the west coast would undermine these conservations gains,â€ said Brendan Cummings, Ocean Program Director for the Center for Biological Diversity. â€œWe look forward to the day that the ocean waters off California and Oregon are true marine sanctuaries, not killing fields for endangered sea turtles and marine mammals.â€