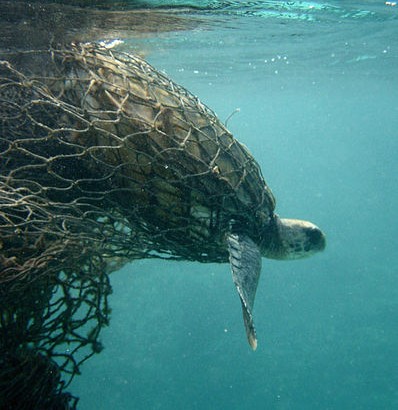 Replacing wasteful driftnets with cleaner gears will create a sustainable fishery by minimizing bycatch and ensuring long-term fishing opportunity. The driftnet fishery is not sustainable and is one of the highest bycatch fisheries in the U.S[1]: 35% of catch is kept; 65% is discarded.[2]

2. Provide sustainable livelihoods, support fishing families, create jobs and help local economies while minimizing threats to endangered marine species that Californians love. Changing from driftnets to cleaner gears will ensure long-term fishing opportunity for fishers and their families by removing the continuous threat of shutdowns and stricter regulation due to excess bycatch of endangered marine species.[3]

Driftnets are wasteful, irresponsible and banned in Oregon, Washington, Europe and on the High Seas. Californians are demanding more sustainable seafood choices, not fish caught with high bycatch gear.

Removing driftnets from the swordfish fishery will increase supplies of sustainable swordfish in California. Switching gear types will have no effect on seafood imports. Instead, the U.S. should enforce laws that require imported swordfish to meet U.S. standards.

[1] The NOAA National Bycatch Report (2012) ranked the driftnet fishery as one of the “fisheries of concern.” The mean bycatch ratios for trawl, gillnet and longline fisheries were .24, .23. and .23 respectively, which were twice as high as any other fishery or gear type. Oceana’s 2014 report Wasted Catch ranked the California gillnet fishery among the Top 9 in the U.S. for high bycatch.

[3] Due to the accidental catch of two sperm whales in 2010, the Pacific Offshore Cetacean Take Reduction Team recommended that NMFS implement emergency regulations on the swordfish DGN fleet, which mandated both 100 percent observer coverage for vessels fishing on the seaward side of the main 1,100 fathom bathymetric contour, and vessel monitoring on all DGN vessels. The emergency rule also specified that if the fleet took one additional sperm whale during the 2013 season, the entire fishery was to be shut down immediately for the remainder of the season.

[4] A survey recently conducted by the California Department of Fish and Wildlife found that few if any drift gillnet permit holders fished full-time in the swordfish fishery. Most of the respondents had not participated in the fishery in one to three years or more (19 of 27 or 82 percent). Instead they fished in the larger and more sustainable albacore, salmon and crab fisheries. See Revitalizing Swordfish Fishery Questionnaire Fishery Survey. PFMC. HMSMT Report 2. March 2012 Appendix A-1

[6] Given the small size and short fishing season of the CA drift gillnet fishery, the taxpayer cost for funding observers on the fleet is

relatively high per fishing day compared to others in the Southwest Region and Pacific. Between August and January 2011, six observers spent 73 days at sea on drift gillnet vessels for a total cost of $244,160 dollars or $3,344 per sea day. That compares to $1,100 per sea day for 100 percent observer coverage on the one pelagic longline vessel that fishes for swordfish from a California port.