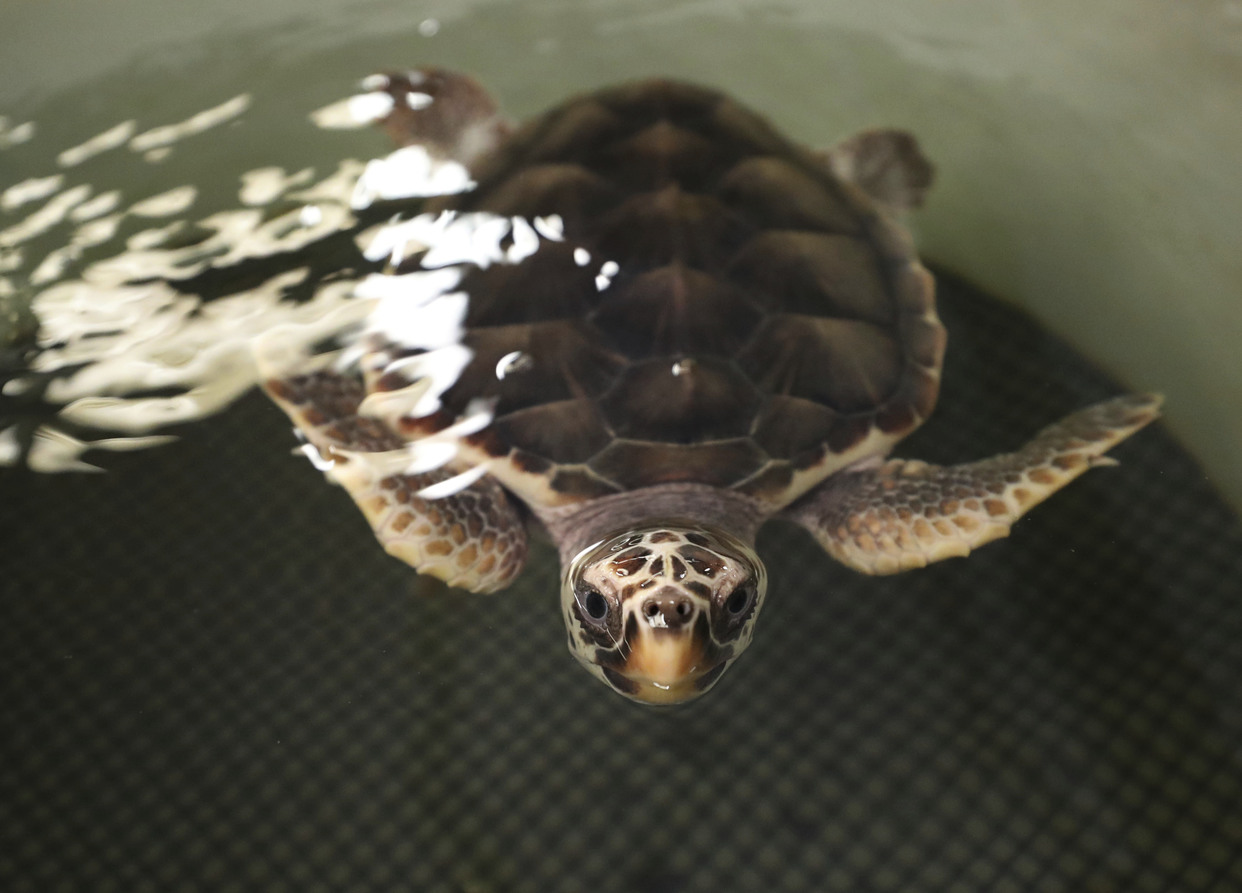 Fewer sea turtle hatchlings being cared for at Texas lab

The Galveston County Daily News reports Higgins has worked at the Galveston Laboratory of the National Oceanic and Atmospheric Administration, informally known as the “turtle barn,” for more than 20 years. He’s never seen the space as empty as it is now, he said.

Most years, the crates contain almost three times the number of loggerhead hatchlings than they currently have, Higgins said.

“This is the fewest number of turtles we’ve ever had,” said Higgins, the laboratory’s sea turtle program manager. “It’s kind of sad, but it is what it is. You go through cycles.”

The change should be temporary, Higgins said. Federal officials this year ordered the laboratory not to capture sea turtle hatchlings for rearing and eventual release, departing from a practice underway for nearly 40 years.

Since the late 1970s, workers based at the Galveston laboratory have annually picked up loggerhead hatchlings from Florida and brought them back to the island to be raised. The laboratory has returned the turtles back to Florida each year since the mid-1980s to test shrimp-net safety devices and release the loggerheads back into the ocean, according to the laboratory.

The decision not to rear a new set of hatchlings this year is owed to a lack of devices ready for testing next year, Higgins said.

The laboratory typically collects the loggerheads every year to raise them until they are big enough to test with turtle excluder devices, which are components of a shrimp trawl. The device connects to the trawls — large nets pulled behind shrimp boats — and allows sea turtles to escape, while still minimizing the number of shrimp lost in the process, according to the administration.

The administration in December proposed to withdraw the tow-time rule and to require skimmer trawls, pusher-head trawls, wing nets and butterfly trawls to use certified turtle excluder devices. That change hasn’t gone into effect but is being reviewed, said Allison Garrett, media specialist for the administration’s National Marine Fisheries Services.

Turtle-exclusion device testing should continue sometime after the new rules are implemented, Higgins said. The turtles that would have been collected this summer most likely wouldn’t have had any devices in time for 2018 testing, he said.

“We don’t have a need for them in 2018,” Higgins said. “Once a new piece of gear is introduced to the fishery, they can use it and give feedback. When we get that feedback, that’s when we start making modifications.”

The administration’s fisheries service made the devices mandatory for most shrimp trawls in 1989. Thousands of turtles drowned each year before that and trawls had been identified as a major cause of death, according to a 2016 administration environmental report.

Even though turtle excluder devices are already certified, the administration continually tests new and existing designs.

Many environmental advocates have continued to push for turtle-exclusion devices across all types of trawls. Joanie Steinhaus, campaign director for the Gulf Coast office of the Turtle Island Restoration Network, said she hopes no trawls, fisheries or boats are excluded from the regulations.

“As we see an increase in the sea turtle population, we’re going to see smaller turtles in the areas the vessels work,” Steinhaus said. “I hope if they do come out with regulations, which they should, that they are required across the fleet with no exemptions.”

“For now, we are continuing to take in and rehabilitate stranded, sick and injured sea turtles,” Garrett said.