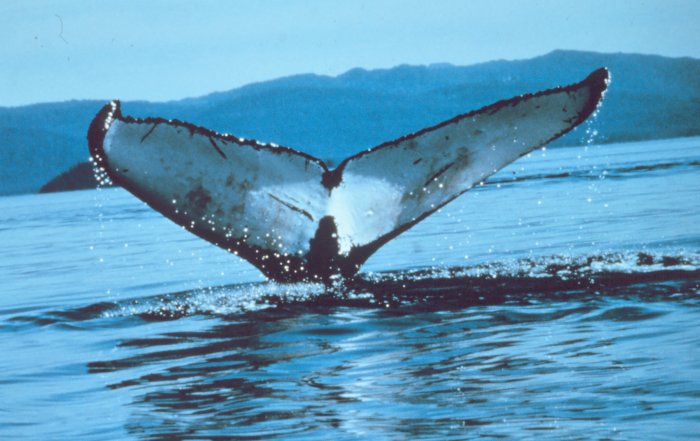 Final Results! Help Protect Whales in the Kimberley of Australia

By the last day of the survey on Septebmer 29, the massive 3-month effort to observe the habitat usage and numbers of humpbacks that pass by James Price Point, the Kimberley Whale Research project “witnessed, recorded and admired” over 3000 whales in this survey, and over 200 calf/cow pairs, from just watching 4 hours per day, said marine biologist and project manager Maddie Goodard in her final post of the season.
See Kimberley Whale Research Facebook Page

The whale count was conducted with the help of more than 100 volunteers from around the world who tallied more migrating whales and pairs of cows and calves than ever counted by high-paid Browse gas plant consultants. Each splash of a fin or slap of a whale tail added to the evidence that this corner of the world is essential to the life cycle of the large humpback whale population.

In early September, I spent several days counting humpback whales from an onshore platform at the Kimberley Whale Research camp established at Murdudun  (pronounced roughly Moo-doo-DIN), not far from Walmadan where Big Oil wants to build a giant petroleum plant. I was incredibly impressed by the whale observation project directed by marine biologist Maddie Goodard and activist Tegan Mossop.  I met many dedicated and intelligent people who are committed to protecting the whales and the Kimberley from exploitation. I was also amazed how well organized everything was and that the whole operation was conducted in a communal, non-hierarchical feminist mode. Way to go! I hope to be back next year! Read more about my trip here.

Here’s a rare opportunity to join a citizen science project in the wild and sacred Kimberley of Western Australia to survey amazing humpback whales.  The land-based whale survey project runs from June to October 2012. Surveying takes place for at least 4 hours per day, 7 days a week. Camping and training is provided on site. The cost is as low as $70 AU per week once you get yourself there!

Humpback whales pass very close to the coast near the small town of Broome, a favorite destination in the far north of Western Australia known for red rocks, white beaches and turquoise seas. The research project is part of the Broome Community’s No Gas Campaign against Big Oil’s proposed LNG precinct at James Price Point.

The Kimberley is also teeming with sea turtles that forage and nest in the coastal waters, which are also threatened by the proposed natural gas plant that SeaTurtles.org is helping to derail.Read more about our campaign work here.

There is a gap in Humpback whale research close to shore near Broome, as no such survey has been undertaken from land before last year. To fill this gap in knowledge,
Broome locals, conservation volunteers, scientists and environmentalists have teamed together to conduct a daily survey of Humpbacks from a land-based view point at James Price Point, just north of Broome.

Due to the sheer number of whales on the Kimberley coast, and the ongoing success of the project, we are recruiting more volunteers from far and wide to support this important citizen science project!

Richard Costin, naturalist and film maker, will be guiding the project and conducting initial training. It is preferred that volunteers come for a minimum of two weeks, however any time that volunteers can contribute is appreciated. Volunteers are asked to contribute at least $70 a week to cover food and living costs, survey equipment and ongoing survey costs.

This is a unique opportunity to participate in an important community project. You will gain valuable experience at the same time as helping to save Kimberley whales and observing their amazing behaviour.

Experience in wildlife surveys is desirable but not essential. If required, volunteers can be provided with a professional reference at the end of the survey.

Please email – kimberleywhaleresearch@hotmail.com with a short statement about your skills, experience and availability. Once we have received your application, further information about the survey will be emailed out to you.

For more information about the Broome Community No Gas Campaign visit: