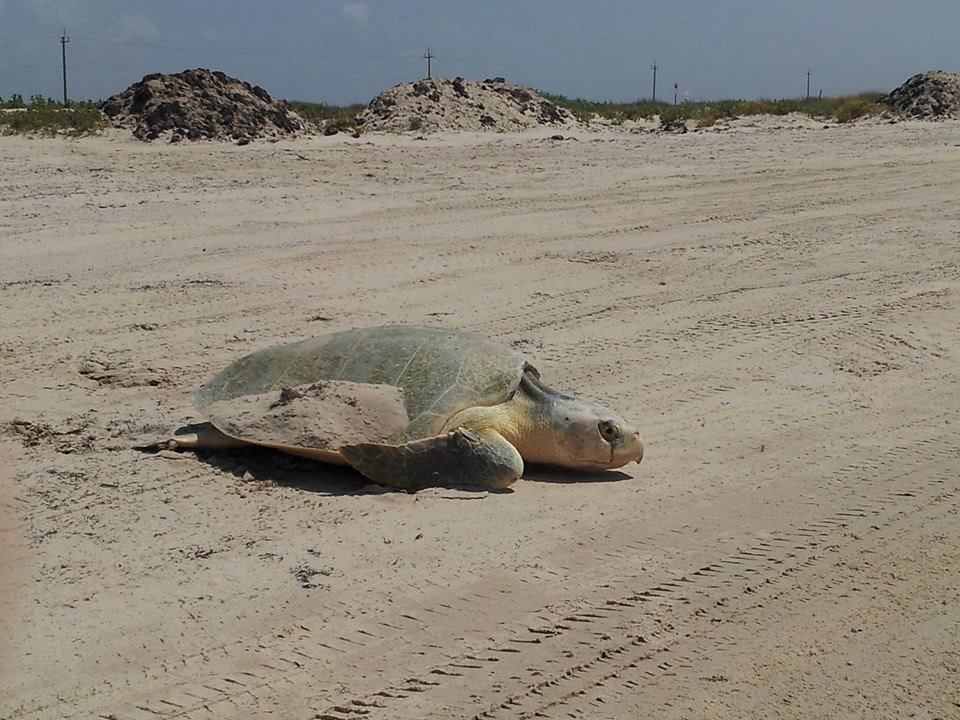 Galveston, Texas (September 5, 2014) – U.S. District Judge Carl Barbier’s ruled yesterday, that BP’s “gross negligence” and reckless behavior caused the catastrophic oil spill into the Gulf of Mexico in 2010. Millions of dollars of BP money has already been sent to the five coastal states impacted (Alabama, Florida, Louisiana, Mississippi, Texas), but so far none of those funds have been allotted for endangered Kemp’s ridley sea turtle recovery efforts. This ruling could provide impacted states with more clean up funds that may at last open the door to help recovery efforts for the world’s smallest sea turtle, the Kemp’s ridley.

“Kemp’s ridley sea turtles are suffering from the effects of millions of barrels of oil dumped into their habitat, followed by a toxic dispersant coating beaches, food sources and everything it touches,” said Carole Allen, the Gulf of Mexico Office Director for Turtle Island Restoration Network. “We hope that this ruling will allow states to devote recovery resources to sea turtle protection,” she added.

No agency or scientist can give a definite number of Kemp’s ridley sea turtles killed directly by the BP oil spill, but it seems that there is clearly some impact and the data that does exists paints a grim future for these sea turtles. In 2010, directly after the spill around 500 dead Kemp’s ridley sea turtles were reported by the National Marine Fisheries Service. That number may just be a fraction of turtles impacted. Furthermore, the number of other sea turtles killed is unknown because not all dead turtles were found

Since the oil spill, the number of nesting Kemp’s ridley has dropped 48.2 percent at major nesting site in Mexico, and 56 percent on Texas beaches.

Having barely begun a recovery from near extinction, the Kemp’s ridley sea turtle nesting numbers are again declining. Yet, so far, BP recovery funds have not found their way to Kemp’s ridley recovery projects, yesterday’s ruling could change that and offer the ‘heartbreak’ turtles a chance at survival.