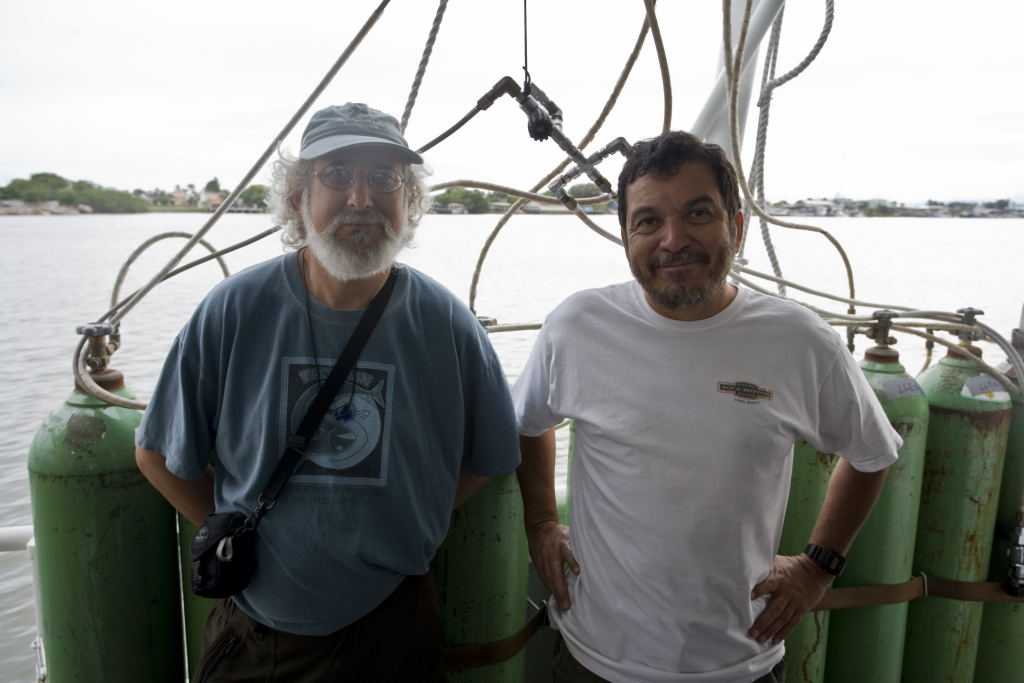 Randall Arauz, STRP’s Central American Director and Board Member and President and founder of Pretoma (Programa Restauracion de Tortugas Marinas) was announced as a 2010 Goldman Environmental Prize winner today in San Francisco, California. The award recognizes his tireless work to draw international attention to the inhumane and environmentally catastrophic shark finning industry, and his unrelenting campaign to halt the practice in Costa Rica.

“Shark finning is not only cruel; it is irresponsible and unsustainable fishing at its highest degree” said Arauz. “In spite of this, it has been close to impossible to attain any international binding management and conservation measures to curtail this practice.”

Arauz began his conservation work with Sea Turtle Restoration Project partnering with Executive Director Todd Steiner to protect sea turtles in Central America from poaching and by-catch in fisheries. He went on to form his own organization with Steiner’s urging and continued support. PRETOMA is STRP’s “sister” organization in Costa Rica and Central America.

Today Arauz called for an end to large-scale shrimp trawling and industrial fisheries in general due to high by-catch of sea turtles, shark and other marine life. Listen to his incredible interview on KQED Forum here.

Randall has been working with shrimp fishers for over a decade, training them on use of Turtle Excluder Devices (TEDs) and trying to get cooperation. However, the fishing industry does not support the use of TEDs so enforcement is weak in Costa Rica, Central America, the U. S. and around the world.Costa Rican shrimp is currently banned from sale in the U.S. due to TEDs violations, as is Mexican wild shrimp caught in trawls due to turtle capture and death.

Randall recently posted this message to the C-TURTLE list-serv: “If there is any justice, the US should embargo shrimp exports from ALL OF CENTRAL AMERICA, because NOBODY uses TEDs. There is no enforcement anywhere, and even in the rare occasion that cheating, and thus turtles deaths, is recorded, the authorities NEVER sanction anybody. Usually, shrimp trawl industrials have political influence over the Fisheries Authorities, or as in the case of Costa Rica, THEY ARE the fisheries authorities. What do we expect, for them to sanction themselves? Obviously, that isn’t going to happen.”

Recent by-catch assessments by sea turtle biologists have determined that in the U. S. , TEDs are only 20 to 40 percent effective compared to the 90 percent efficiency due to lack of enforcement. Worldwide, 8.5 million turtles were captured and likely killed in trawl, longline and gill net fisheries between 1990 and 2008 — with no end in sight.