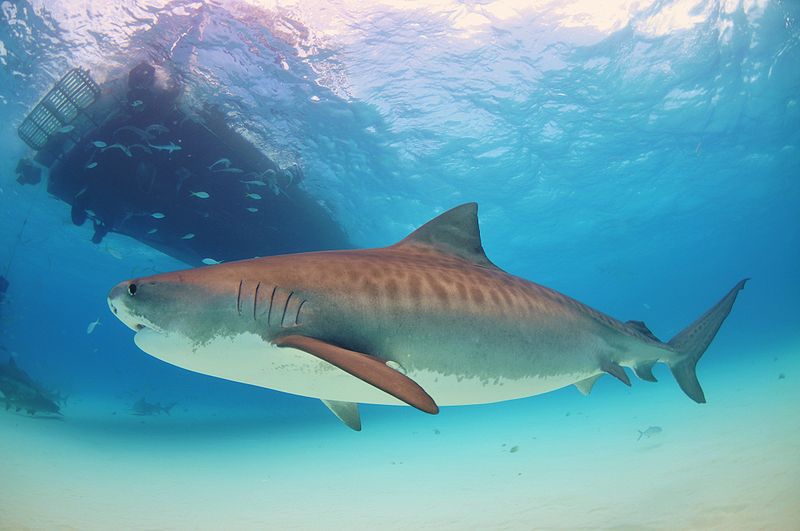 Today, the State of Illinois adopted a legislative ban on shark fins, through the enactment of House Bill 4119 (sponsored by Sara Feigenholtz and Antonio Muñoz). The bill was signed into law today by Gov. Pat Quinn. The Center for Oceanic Awareness, Research, and Education (COARE), applauds the State of Illinois for joining them in their work to actively address shark conservation issues, and their attempts to reduce shark fin consumption in the U.S. and worldwide.

Illinois is now the fourth State in the continental U.S. and the second largest to ban the sale, trade, possession, and distribution of shark fins. Illinois provides one of the largest markets for shark fins in the United States, and this law represents a significant step towards reducing pressure on rapidly declining shark populations.

“Sharks have roamed our oceans for millions of years, but the practice of harvesting them for their fins poses a serious threat to the species,” Governor Quinn said. “By limiting the market for shark fins, we can help sustain and grow shark populations around the world.”

“The number of sharks around the world has decreased dramatically as more people poach them to sell the fins,” said Rep. Feigenholtz. “I would like to thank Governor Quinn for signing legislation that shows Illinois will not participate in threatening the species.”

“I’m delighted that Illinois can take part in the worldwide movement to protect these important creatures,” said Sen. Antonio Muñoz, May 15, when the bill passed the Senate. “We’re grateful for organizations like COARE, The Humane Society, and NRDC, which have done a wonderful job educating legislators, constituents, and stakeholders alike.”

“Today is a great day not just for sharks and for Illinois; it is a great day for the whole world,” said Christopher Chin, COARE’s executive director, who authored the bill. “This new law reflects the importance of our ocean’s fragile resources to everyone, including those thousands of miles from the shore.”

Every year, up to 73 million sharks are killed, tens of millions for their fins alone. The fins are used for shark fin soup, a luxury dish sometimes served at Chinese weddings and banquets. This soup has grown in popularity, increasing consumer demand for shark fins and contributing to the decimation of shark populations worldwide. As a result of these fishing pressures, one-third of open ocean sharks are already threatened with extinction.

Animals at the top of the food chain, such as sharks, have few natural predators, so they are slow to mature, and have very few young. As a result, they are extremely sensitive to fishing pressures, and are slow to recover from overfishing. As sharks play a vital role in the oceans, their depletion could cause irreparable damage to marine ecosystems.

Illinois’ ban will take affect on 01 January 2013, and complements similar legislation enacted in Washington, Oregon, California, and Hawai’i. Illinois’ ban is also preceded by legislative bans adopted by Guam, the Commonwealth of the Northern Mariana Islands (CNMI), Fiji, and the Bahamas.

About COARE
The Center for Oceanic Awareness, Research, and Education, Inc. (COARE) is a tax-exempt nonprofit organization based in the San Francisco Bay Area. Its purpose is to study our oceans and increase public awareness of the earth’s marine environment through educational programs and outreach. COARE seeks to enlighten people, young and old, to the plight of the oceans, to change the way they think and act, and to encourage them to create positive and lasting change. For more information about COARE, and the Shark Safe certification program, visit http://www.coare.org and http://www.sharksafe.org.

COARE, Shark Safe, and the Shark Safe logo are trademarks of The Center for Oceanic Awareness, Research, and Education, Inc. All other company names or marks mentioned herein are those of their respective owners.