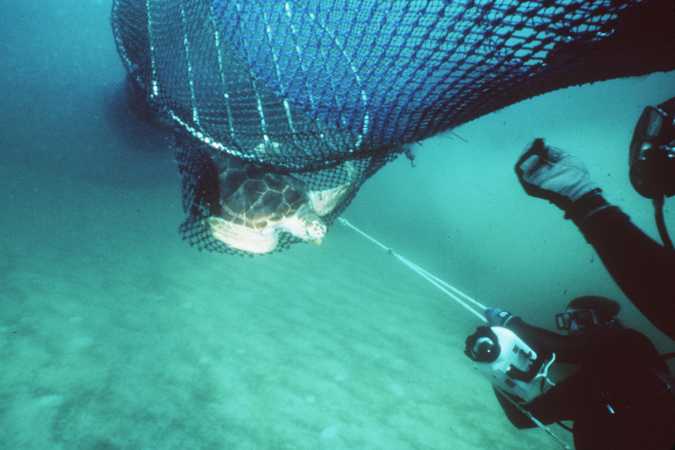 The Louisiana House on Tuesday voted 100-0 to repeal a 1987 state law that prohibits Louisiana Department of Wildlife and Fisheries agents from enforcing federal turtle-excluder device regulations.

The bill has been sent to Gov. Bobby Jindal, who has 20 days to sign or veto it.

With Tuesday’s vote, representatives agreed with changes made by the Senate when senators approved the bill unanimously June 4. The Senate changes included removing a provision that would strip tax credits, rebates or other state incentives to retailers who boycott or otherwise refuse to purchase shrimp caught in Louisiana.

“Big box” retailers like Wal-Mart and Costco have abided by a nationwide boycott of Louisiana shrimp, after the Monterey Bay Aquarium’s Seafood Watch recommended that consumers avoid shrimp caught by Louisiana fishers because of the TEDs inspection prohibition.

The repeal legislation was unanimously endorsed by the Louisiana Shrimp Task Force on April 1.

TEDs have been required in otter trawls for more than 20 years, but shrimpers using skimmer trawls, pusher-head trawls, and wing-net trawls are authorized to use tow time limits instead, based on the time of year, to help prevent incidental turtle catch.

There are five species of sea turtles in the Gulf of Mexico and the Atlantic, and all are protected under the Endangered Species Act. They are loggerhead, green, Kemp’s ridley, hawksbill and leatherback turtles. The National Marine Fisheries Service and the U.S. Fish and Wildlife Service recently have proposed reclassifying the green sea turtle as simply “threatened” due to improvements in their populations.

The Oceana environmental group lauded the passage of the bill.

“We applaud the Louisiana Legislature and Louisiana shrimpers for recognizing that by protecting sea turtles, they’re protecting their livelihoods,” said Gib Brogan, fisheries campaign manager for Oceana. “This bill will lead to the Louisiana shrimp industry having access to 13,000 additional restaurants and stores across the country to sell their product.  As the industry battles cheap shrimp imports from around the world, it needs every available market to sell its wild catch.

The group’s statement asked Jindal “to listen to his constituents and sign this bill.”

“If Gov. Bobby Jindal wants to stand out as a forward thinking and broadly appealing presidential candidate, he would do well to make the protection of federally designated endangered species a priority,” Allen said. “Kemp’s ridley sea turtles that swim in his state waters are in dire need of greater protection.”