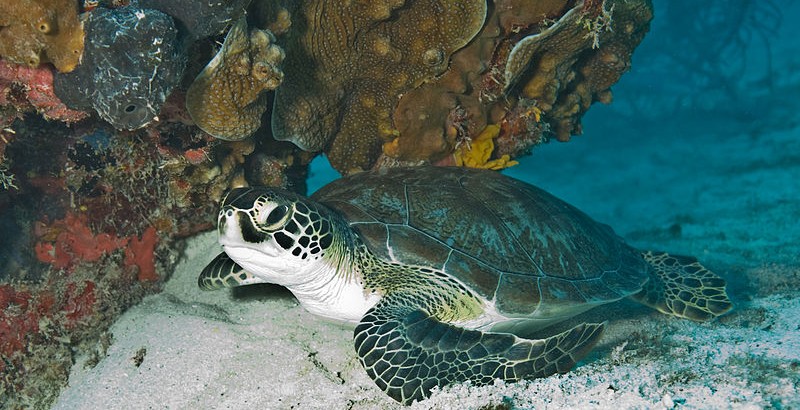 The International Sea Turtle Society (ISTS) passed a strongly worded resolution urging the Australian government and state of Queensland to adopt a moratorium on all industrial development in the Great Barrier Reef World Heritage Area until a strong protection and management scheme for sea turtles and all outstanding universal values of the Great Barrier Reef is implemented.

Along with the moratorium, the scientific resolution called for a dozen specific actions to protect the Great Barrier Reef’s globally significant populations of six sea turtle species from the cumulative impacts of multiple large scale industrial projects, including new and expanded Liquefied Natural Gas (LNG) refineries, coal and mineral processing facilities and associated ports and shipping. The Gladstone LNG plants and Abbott Point coal terminal are the biggest projects among many threatening the Great Barrier Reef.

The resolution was approved by leading experts on sea turtles worldwide who were attending the 34th International Symposium on Sea Turtle Biology and Conservation in New Orleans, USA. The resolution was sponsored by Turtle Island Restoration Network, in Olema, California; Sea Turtle Foundation in Townsville, Queensland and Center for Biological Diversity in Seattle, Washington.

“To allow dirty energy companies to industrialize this critical nesting and feeding haven for sea turtles in the Great Barrier Reef will push these vulnerable marine animals ever closer to the brink.” said Teri Shore, program director of Turtle Island Restoration Network in California. “The sea turtle community is ready and willing to help implement the proposed sea turtle protections for the long-term.”

UNESCO, the international body charged with overseeing implementation of the World Heritage Convention, is warning that the status of the Great Barrier Reef as a World Heritage site may now be in danger due to industrial developments. UNESCO has threatened to add the reef to the “In Danger” list, a designation made when activities of a host country or outside entities threaten a world heritage area.

The reef has lost half its coral cover in 30 years and faces new threats from rising sea temperatures linked to climate change, polluted water and new development. In assessing impacts on the GBR’s biological diversity, UNESCO expressed “significant concerns located in or near sea turtle nesting beaches and marine habitat.” 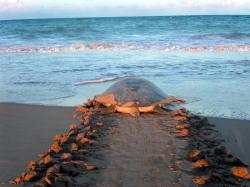