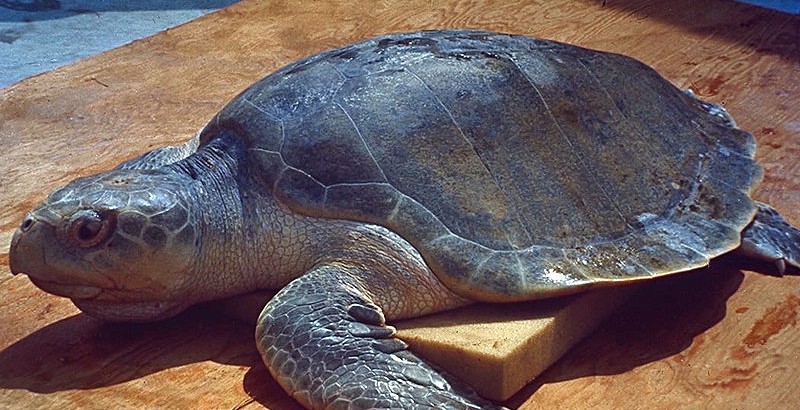 “This is very important because the leading experts worldwide not only are recognizing that turtles die due to bycatch, but are also asking the Mexican government to take action to halt a possible extinction,” said Alejandro Olivera, public policy coordinator from the Mexican Center of Environmental Law (Cemda) in La Paz, Baja California Sur. “Mexican Government officials have questioned the causes of mortality of loggerheads and despite the scientific evidence that it exists today, They are driving new research via a new scientific committee where there is no experts on sea turtles. The scientific evidence mentioned above is sufficient to support taking immediate actions of conservation from the government side.”

“The Pacific loggerheads are going extinct now, so we must end these sea turtle drownings now,” said Teri Shore, program director at Turtle Island Restoration Network (SeaTurtles.org) in California, who drafted and co-sponsored the ISTS resolution. “Any delay in halting excess bycatch in Mexico’s fisheries spells doom for these vulnerable and long-lived sea turtles.”

The resolution urges that 1) fisheries authorities of the Government of Mexico act immediately end the high rates of bycatch mortality and strandings of endangered North Pacific loggerhead sea turtles in gillnet and longline fisheries in the Gulf of Ulloa in Baja California Sur; 2) fisheries authorities of the Government of Mexico enforce and strengthen current fishing regulations in the Gulf of Ulloa, implement a sustainable fishery management plan, and also offer transitional support and capacity building to ensure fisher livelihoods are maintained; 3) Governments of Mexico and the United States protect the North Pacific loggerhead population from further decline and possible extinction by implementing and enforcing existing and additional sea turtle bycatch prevention regulations in both nations’ waters and supporting similar actions in international waters and on the high seas.

“As a past president of the International Sea Turtle Society I can underline the extreme international concern about what is happening in Mexico right now. Decades of collaborative, world-class research points to the fact that Baja California Sur has some of the highest bycatch rates of sea turtles globally. Despite this, sectors of the Mexican government have ignored both science and international law, putting many hard-working people in jeopardy and threatening an endangered species. Now, with this call from the world’s leading sea turtle experts, there should be no delay in efforts to protect these loggerhead turtles,” said Dr. Wallace J. Nichols, Research Associate at the California Academy of Sciences.

It should be noted that the Society’s current president, Dr. Roldan A. Valverde, reminded government officials that “Mexico and the United States have required its fishermen to adopt sea turtle bycatch prevention measures, including closing high-risk fishing areas, in many commercial fisheries. But Mexico has not yet taken similar action to curb loggerhead bycatch in the Gulf of Ulloa.”

“This administration has taken no concrete actions to end the loggerhead sea turtle slaughter in the Baja peninsula except put up smokescreen after smokescreen. Now the sea turtle experts of the world are asking the Mexican government to put a stop to the immense bycatch of loggerheads. Mexico needs to solve the problem immediately before hundreds of loggerhead sea turtles die drowned in fishers nets this summer,” said Juan Carlos Cantú, Mexico’s program manager of Defenders of Wildlife.

Many loggerhead sea turtles born in Japan make a long developmental migration across the North Pacific Ocean to the west coast of North America where they feed and grow for many years before making the 7,000 mile trip back home across the Pacific. This epic journey dictates international cooperation to ensure adequate protection and recovery for these animals.

Last year the IUCN’s Marine Turtle Specialist Group (MTSG – International Union for Conservation of Nature) issued a warning and called on the president of Mexico, Enrique Peña Nieto, to address the high death rate of turtles off the coast of Baja California Sur.