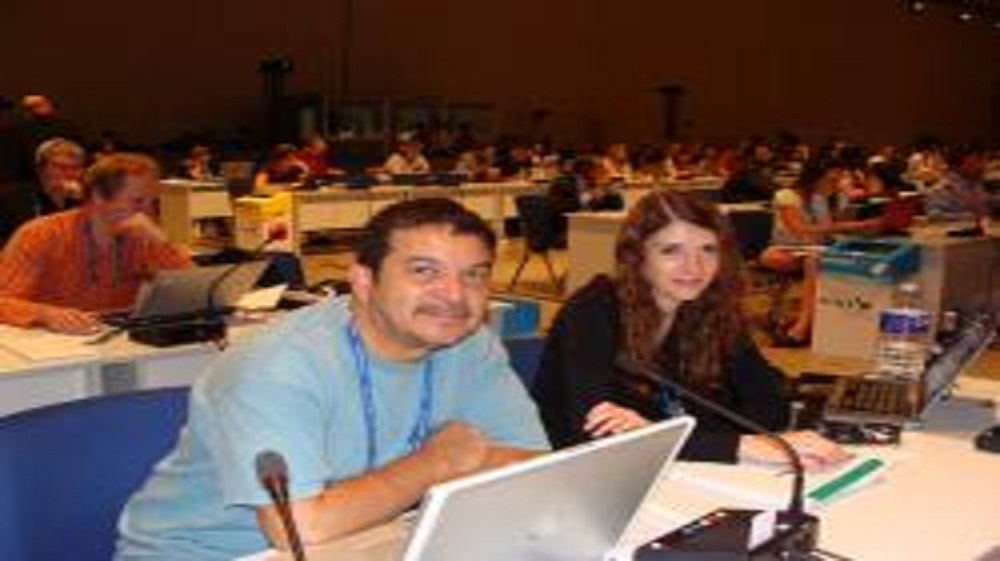 The leatherback resolution urges nations to protect Eastern Pacific leatherback sea turtles from industrial fisheries by creating marine protected areas along migratory routes, specifically the waters between CocosIsland (Costa Rica) and Galapagos Islands (Ecuador), where the highest risk of interaction with fisheries occurs.The plan to open and close portions of the migratory corridor to fishing as turtles enter and exit the area, is based on scientific recommendations by Stanford researcher George Shillinger and an international team of co-authors who believe their work may make “adaptive” closures a realistic conservation approach.Other endangered species, such as hammerhead sharks, would also benefit from temporary closures to fisheries in this corridor.

The shark resolution calls for a global policy against shark finning, the abominable practice of slicing off the shark’s fins and discarding the body to supply the Asian shark fin soup market.Even though the practice is widely condemned, shark finning is still extensively practiced, due in part to the difficulty of implementing existing shark finning bans.A fins attached policy, which requires sharks to be landed with fins attached naturally, is the easiest and most reliable way to guarantee that shark finning did not occur.The resolution calls for the “fins-attached” policy to be globally adopted by all fishing nations.

The whale resolution affirms that the non-lethal use of whales, such as responsible whale watching tourism, contributes to the conservation of whales and can provide valuable benefits in terms of socio economic development, and calls on all governments and IUCN members to strengthen cetacean management and conservation strategies, and consider extending or designating marine protected areas and sanctuaries.

All three proposals were sponsored by the Costa Rican non-profit Pretoma.“Costa Rica has been a major player in promoting efficient shark finning regulations at international forums such as the United Nations and recently played a major role conserving whales at the International Whaling Commission”, explained Randall Arauz, President of Pretoma.”We hope the approval of these resolutions provides the political platform for the country to continue its efforts to promote and attain efficient regional and global marine conservation measures in the future”, said Arauz optimistically.

Pretoma partnered with Humane Society International’s Rebecca Regnery who provided her expertise to help the shark and whale resolutions to be adopted by strong margins in spite of considerable debate.“The shark finning resolution strengthens the last resolution adopted by the IUCN on this issue in 2004 which urged countries to consider fins-attached among less effective measures including a complicated fin-to-body weight ratio”, according to Ms. Regnery.“The whale resolution will help spread the message that whales are more valuable alive than dead.”

Leatherback sea turtles survived the asteroid that killed off the dinosaurs, but they are unlikely to survive our unsustainable appetite for swordfish and tuna,” said Todd Steiner, Executive Director of the U.S.-based Turtle Island Restoration Network and a member of the IUCN Marine Turtle Specialist Group. “If leatherbacks are to survive the coming decades, we must convert talk to action; otherwise we will lose one of the most ancient creatures on the planet, in the next ten to thirty years”.

More than 8,000 scientists, government officials and environmental organizations from over 250 nations supported the resolutions.

Pretoma’s participation in the IUCN World Conservation Congress was possible thanks to the support of the Whitley Fund for Nature (WFN), Humane Society International (HSI), the World Society for the Protection of Animals (WSPA), and Turtle Island Restoration Network (TIRN).