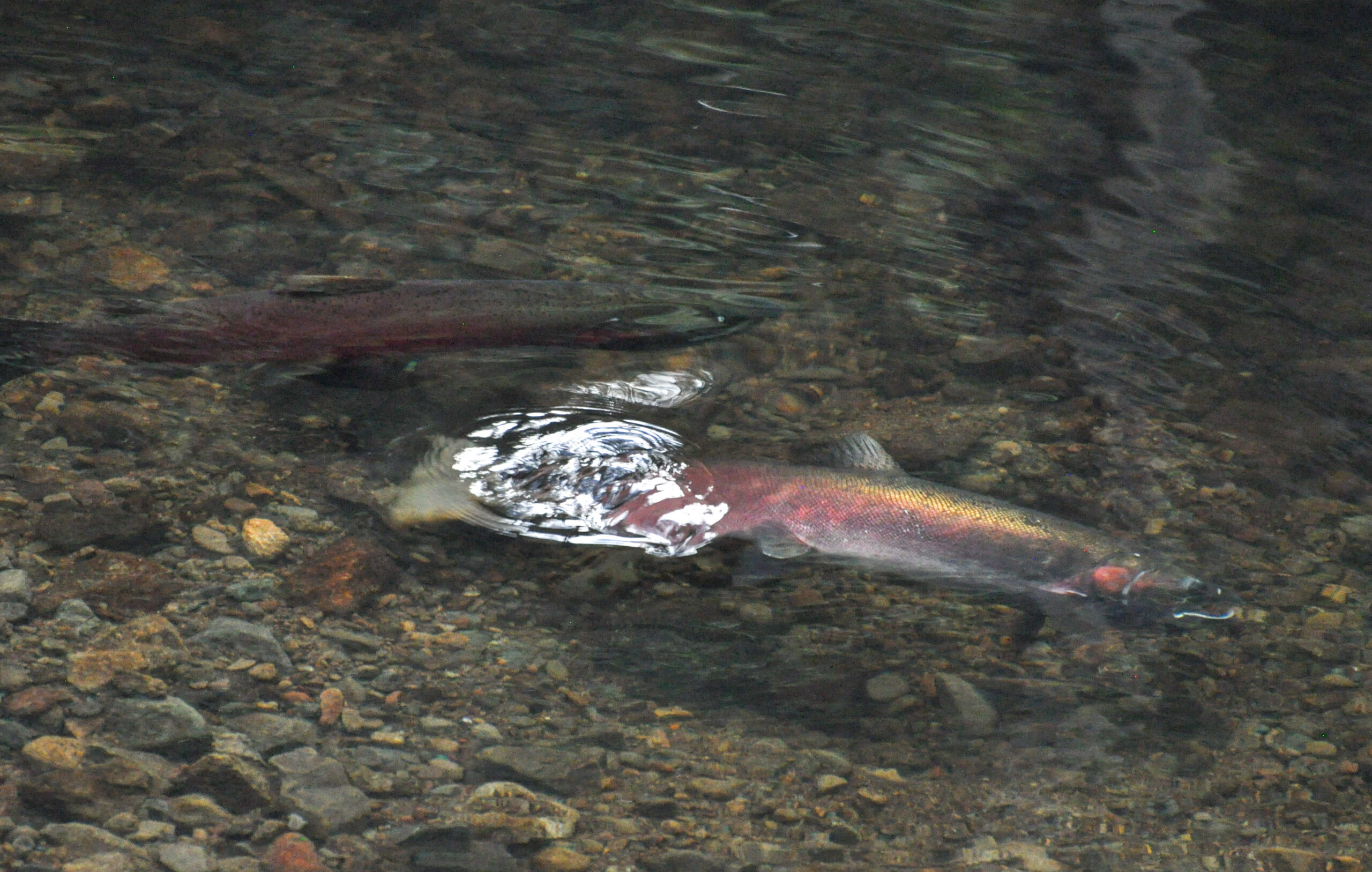 The Salmon Protection And Watershed Network (SPAWN) has an update on the 2020-21 spawner season, where adult salmon return from the Pacific Ocean back to their natal streams in the Lagunitas Watershed to build nests, called redds. The preliminary redd count stands at 101 redds, which is a generational improvement from three years ago, but remains below the 250 average as well as almost 90% below the federal target goal NOAA has determined to recover the species of 1,300 redds.

Due to the little rain the Central California Coast received during December and January—peak coho season—many of the smaller tributaries to Lagunitas and San Geronimo creeks were inaccessible due to low flows that allow fish to move upstream. With little access to other tributaries and more spawning ground, competition for spawning habitat increased in mainstem Lagunitas Creek. This led to more superimposition, where salmon build their nests on top of earlier redds, potentially digging up incubating eggs. 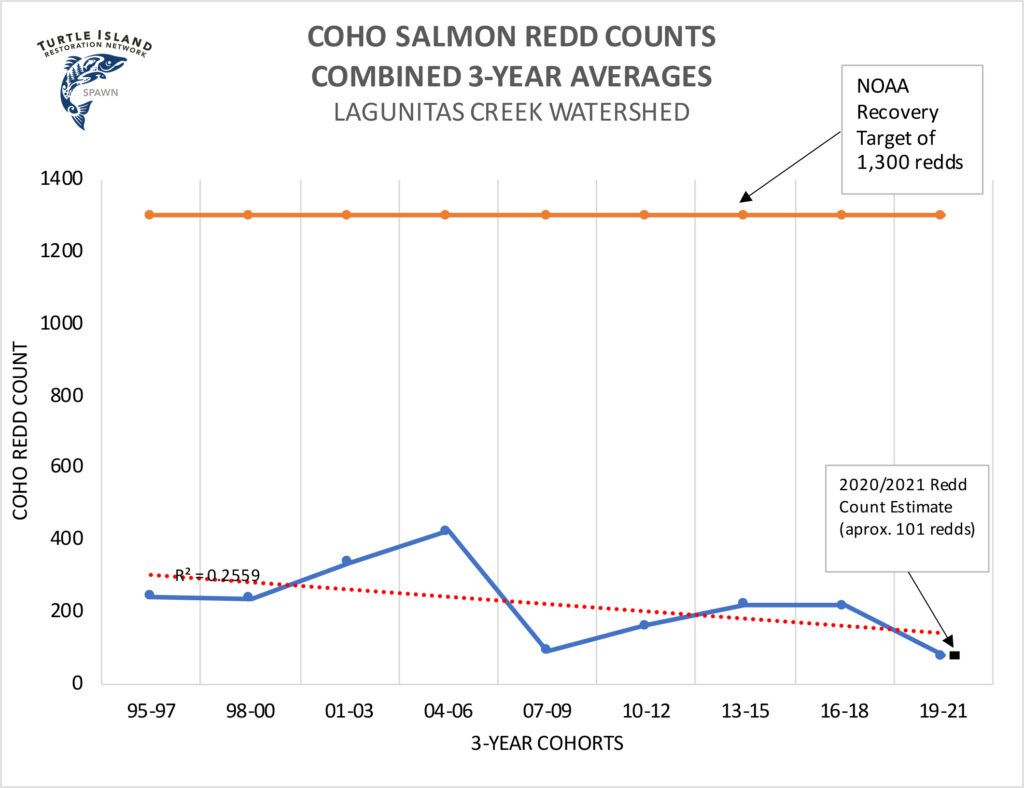 This graph includes coho spawning redd (nest) data collected in Lagunitas Creek from 1995 through 2021. Each point on the graph represents the annual average number of redds recorded for three consecutive annual cohorts. Using the geometric mean gives an estimate of the total population of this species because coho salmon have a rigid three-year birth to death life cycle. The 2020-21 count to date is 101 (black square).