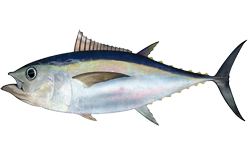 The rule, approved last month, nearly doubles the agreed-upon, 3,763-metric-ton quota on bigeye fishing for all U.S.-flagged fishermen by creating separate quotas for “U.S. Pacific Territories” and then allowing 3,000 metric tons from those made-up quotas to be transferred to Hawaii-based fishermen who neither fish in territorial waters nor land their catch in the territories. The Fisheries Service claims the rules are simply “technical administrative changes,” but conservation groups argue the rules violate U.S. commitments under the Western and Central Pacific Fisheries Convention, which are vital to prevent overfishing.

“The U.S. government should be a leader, not a cheater when it comes to assuring recovery of overfished stocks of tuna, and preventing the deaths of endangered species such as sea turtles,” said Doug Karpa, Turtle Island Restoration Network’s legal program director. “This violation of the substance and spirit of the law undermines American credibility to negotiate fair and effective conservation agreements.”

Bigeye tuna is a highly valued sushi fish, especially in Japan. The latest stock assessment (2014) found that the fish is subject to overfishing throughout the Pacific. Currently at its lowest historical levels, bigeye tuna has been experiencing overfishing since the 1990s.

“The solution for saving bigeye tuna is not creating a new loophole so they can be fished even more,” said Catherine Kilduff with the Center for Biological Diversity. “We need to be smart about protecting this valuable resource, or soon it’ll be gone.”

Longline fishers use thousands of dangling hooks on lines stretching up to 60 nautical miles long and 1,150 feet deep. Hawaii’s deep-set longliners create a curtain of death across huge swaths of the ocean, indiscriminately catching large amounts of other marine life along with the targeted bigeye tuna, including humpback and sperm whales, false killer whales, dolphins, sea turtles, sharks and seabirds.

“We’re not going to be able to solve the overfishing problem for bigeye unless all nations play by the rules,” said David Henkin, a staff attorney at Earthjustice. “The United States should be leading by example, not inventing a shell game to let the Hawaii-based longline fleet continue overfishing.”

Bigeye tuna, warm-blooded predators similar to endangered bluefin tuna, swim in deep waters around Hawaii and across the Pacific Ocean. From 1996 to 2008, the number of longline hooks set in Hawaii fishing grounds increased fourfold. On top of fishing stress, climate change threatens to warm ocean waters in a way that could kill off Pacific bigeye by century’s end.

Said Marjorie Ziegler, executive director of Conservation Council for Hawai‘i: “The Fisheries Service should be enforcing our international agreements, not looking for ways to continue overfishing a species that needs help. We are not only very concerned about the bigeye tuna, but also about the sea turtles, sharks and seabirds that are indiscriminately killed on longlines.”

Earthjustice is representing Turtle Island Restoration Network, the Conservation Council for Hawai‘i, and the Center for Biological Diversity in this action.

Turtle Island Restoration Network is an international marine conservation organization headquartered in California whose more than 150,000 members and online activists work to protect marine biodiversity in the United States and around the world. For 25 years, Turtle Island Restoration Network has mobilized people to preserve oceans, restore rivers and streams, and protect the marine wildlife – from sea turtles to sharks – that call these blue-green waters home. For more information, visit www.SeaTurtles.org.

The Center for Biological Diversity is a national, nonprofit conservation organization with more than 800,000 members and online activists dedicated to the protection of endangered species and wild places. www.biologicaldiversity.org