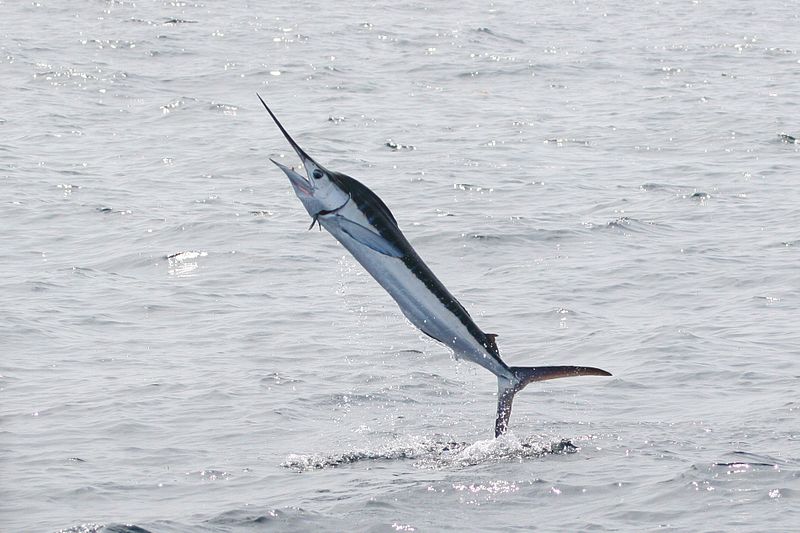 Popular Sport Fish Threatened With Extinction Due To Agency Mismanagement
Washington, D.C. Two environmental organizations filed suit in Federal District Court today seeking to protect the Atlantic white marlin under the Endangered Species Act (“ESA”). The suit, filed by the Center for Biological Diversity and Turtle Island Restoration Network was brought against the National Marine Fisheries Service, (“NMFS”), an agency within the Department of Commerce charged with managing fisheries and protecting marine species under the ESA.

The lawsuit seeks to overturn a previous determination by NMFS that protecting the white marlin under the ESA was “not warranted.” The agency reached this conclusion despite the findings of its own scientists that current harvest levels are unsustainable and that, even under the most optimistic management scenarios, the species would continue to decline to dangerously low levels.

“In rejecting ESA listing for the white marlin, NMFS ignored the science and it ignored the law,” said Brendan Cummings, an attorney with the Center for Biological Diversity. “We’re confident the courts will overturn this unlawful decision.”
The primary threat to the white marlin is commercial fishing, which accounts for over 99% of the reported mortality for the species. Over 90% of this mortality is as bycatch in longline fisheries seeking swordfish and tuna. The white marlin is also a popular target of sportfishers. However, sportfishing accounts for less than 1% of the mortality to the white marlin and is not considered a threat to the species.
“Since commercial fishing is responsible for 99.89% of the reported mortality of white marlin, it is clear that longline fishing, not recreational fishing, needs to be better regulated to protect the species,” said Jim Chambers, a sportfisherman and author of the original petition seeking protection of the white marlin under the ESA.

The commercial fisheries that are the primary culprit in the decline of the white marlin are managed by NMFS and the International Commission on the Conservation of Atlantic Tuna (“ICCAT”).

“Longline fishing is not just bad for white marlin, but it is devastating marine biodiversity– wiping out endangered sea turtles, sea birds and marine mammals, all of which are unnecessarily killed by this destructive fishing gear,” said Todd Steiner,
Executive Director of the Turtle Island Restoration Network.

According to ICCAT, white marlin have been reduced to 6% of their pre-exploitation levels. The species continues to decline at 3% a year. While the species is impacted by numerous countries’ fishing fleets, because primary spawning and feeding habitats are in U.S. waters, restrictions on longline fishing in these marlin “hot spots” would go a long way towards protecting the species and reversing its decline.

“NMFS has the authority and the obligation to proactively close important marlin spawning grounds to longline fishing,” said Mr. Cummings. “If NMFS fails to do so, the species will continue to decline and listing under the ESA will be unavoidable.”

A copy of the original petition to list the white marlin under the ESA, as well as additional information on the status of the species can be found at www.BigMarineFish.com.

A copy of the complaint filed today in Federal Court can be found at www.biologicaldiversity.org.

The organization filing suit are represented by attorneys Brendan Cummings of the Center for Biological Diversity and Jay Tutchton of the Environmental Law Clinic at the University of Denver, College of Law.
###

The Center for Biological Diversity is a non-profit organization dedicated to the preservation of imperiled marine and terrestrial species through science, policy, education and law. The Center has over 9,000 members and maintains offices throughout the western United States. www.biologicaldiversity.org.

Turtle Island Restoration Network is a non-profit environmental organization committed to the study, protection, enhancement, conservation, and preservation of the marine environment and the wildlife that lives within it. TIRN has approximately 4,000 members with offices Forest Knolls, CA., Houston, TX and San Jose, Costa Rica. www.seaturtles.org