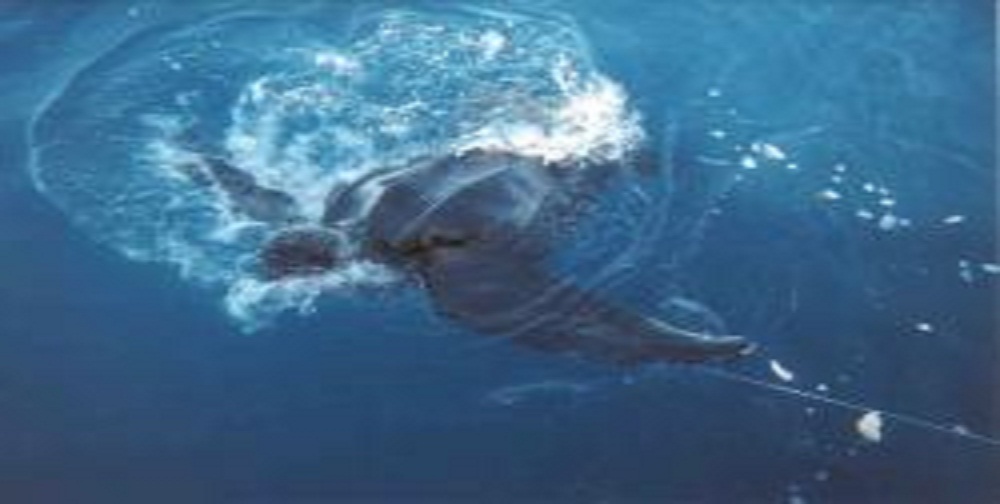 HONOLULU— Conservation groups filed a lawsuit today in federal district court challenging a new rule by the National Marine Fisheries Service that doubles the number of endangered sea turtles allowed to be entangled and killed by Hawaii’s longline swordfish fishery. The suit, brought under the Endangered Species Act and other federal environmental laws, was filed by Earthjustice on behalf of the Center for Biological Diversity and Turtle Island Restoration Network. It aims to stop the Fisheries Service from allowing the fishery to cause the deaths of far too many endangered loggerhead and leatherback sea turtles, as well as migratory seabirds.

“The Hawaii longline fishery indiscriminately spreads its 60-mile long wall of deadly hooks without regard for the untold number of sea turtles, dolphins and seabirds it kills and injures,” said Todd Steiner, biologist and executive director of Turtle Island Restoration Network (SeaTurtles.org). “It is a shame that we must constantly file lawsuits to enforce even the modest protections that these threatened animals are legally guaranteed under the Endangered Species Act. It may be time to consider phasing out this irresponsible fishing technique.”

”The Fisheries Service has, yet again, abdicated its conservation duties and bowed to the longliners’ insatiable appetite for more endangered wildlife,” said Earthjustice attorney Paul Achitoff, who has been challenging the fishery’s violations for many years. “We will continue to fight for these magnificent creatures as long as the Service continues to ignore the law.”

The new federal rule, opposed by conservation groups, rolled back the significant protections that had been gained through a 2011 settlement between the same parties that capped the number of sea turtles that could be caught by the fishery to 17 endangered loggerheads and 16 critically endangered leatherbacks. The new rule allows the fishery to kill 34 loggerheads and 26 leatherbacks. Longline fishing is one of the biggest threats to the survival of these sea turtles, which get hooked on the fishing gear and drown.

“The ocean’s largest sea turtles will soon be extinct unless they’re protected from drowning in fishing gear. It’s tragic that these large commercial fisheries are killing animals by the thousands for the sake of a few profitable swordfish,” said Miyoko Sakashita, the Center’s oceans director.

Swordfish longline vessels trail up to 60 miles of fishing line suspended in the water with floats, with as many as 1,000 baited hooks deployed at regular intervals. Sea turtles become hooked while trying to take bait or become entangled while swimming through the nearly invisible lines — encounters that can drown the turtles or leave them with serious injuries.

Seabirds also dive for the bait and become hooked; worldwide, longline fishing has caused serious declines in most albatross populations. Today’s lawsuit therefore also challenges a permit issued by the Fish and Wildlife Service that allows the fishery to catch Laysan and black-footed albatrosses without requiring the mitigation method the Service has acknowledged could save these increasingly rare birds.

Turtle Island Restoration Network (SeaTurtles.org) is a nonprofit environmental organization committed to the study, protection, enhancement, conservation, and preservation of the marine environment and the wildlife that lives within it. TIRN has approximately 60,000 members and online activists, many of whom reside in the state of Hawai‘i, and has offices in the United States, Costa Rica, and Papua New Guinea.

The Center for Biological Diversity is a national, nonprofit conservation organization with more than 450,000 members and online activists dedicated to the protection of endangered species and wild places.

Earthjustice is a nonprofit, public-interest, environmental law firm. The Mid-Pacific office opened in Honolulu in 1988 and has represented dozens of environmental, native Hawaiian, and community organizations. Earthjustice does not charge clients for its services.