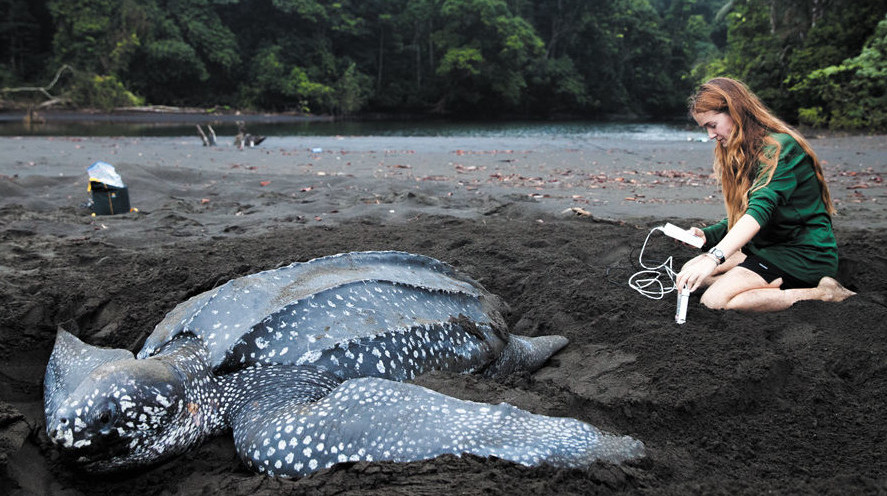 Turtle Island Restoration Network is pleased to announce that Callie Veelenturf, a marine biologist, will be the organization’s first Leatherback Fellow.

“Our goal is to work towards reversing the extinction trajectory that East Pacific leatherback sea turtles now face in the region as a result of anthropogenic pressures that include climate change, capture in fishing gear, and destruction of nesting habitat,” said Callie Veelenturf.

“Hundreds of conservationists throughout the region are working to protect their local nesting sites, but often lack the resources and sometimes the technical knowledge needed to accomplish their conservation goals,” said Veelenturf. “I hope to invest my knowledge and target the resources available to Turtle Island Restoration Network to help turn the tide for this magnificent species.” 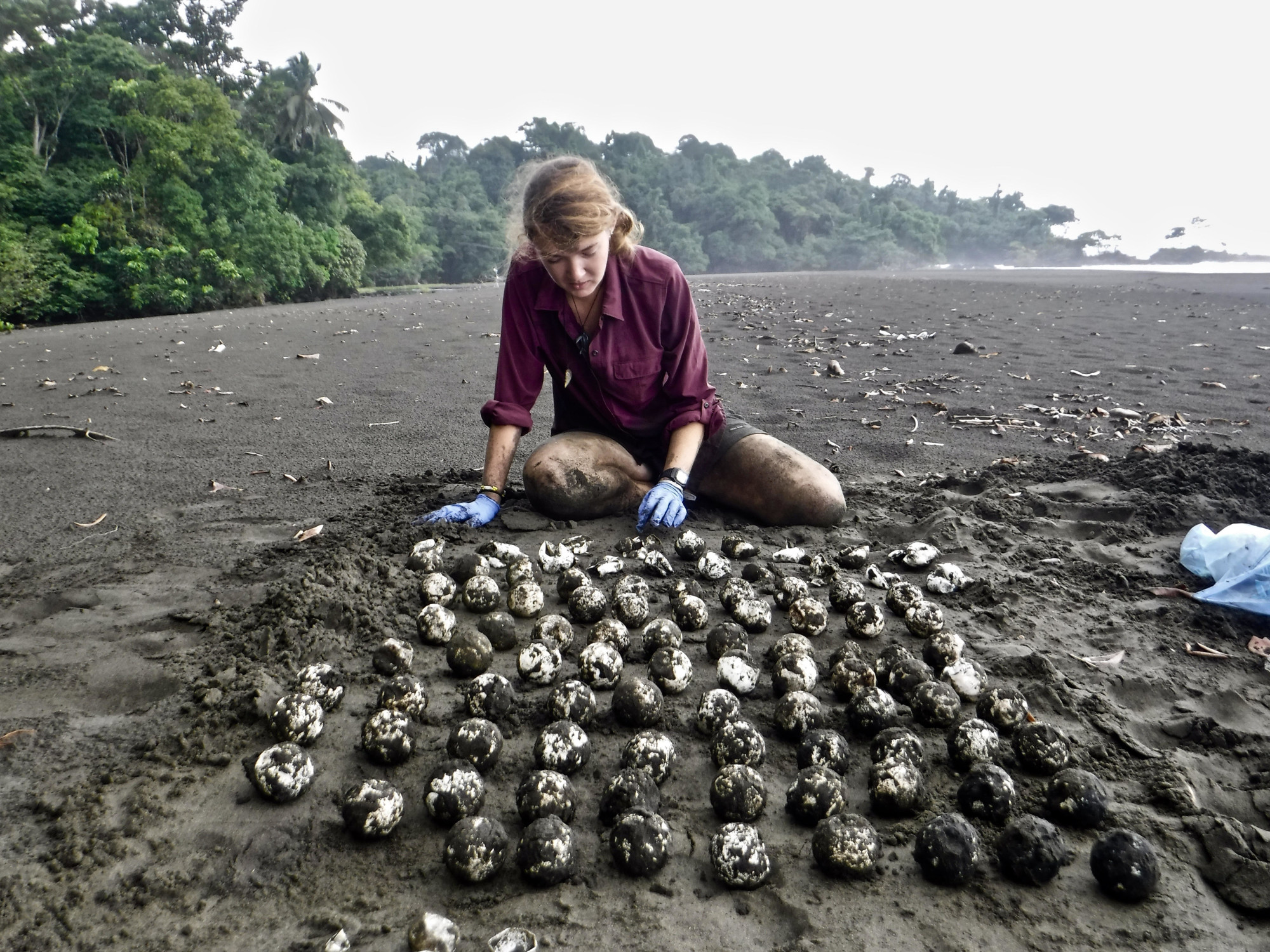 Photo: Callie excavates a leatherback sea turtle nest on Bioko Island Equatorial Guinea. Only about 10% of the eggs hatched in this nest. She organizes the remaining eggs in order to evaluate all of the embryos to determine the stage to which they developed before perishing.

At Purdue, she studied the impacts of climate change on sea turtle hatching success and nesting beaches on Bioko Island, Equatorial Guinea and worked on the East Pacific’s most important leatherback nesting site in Costa Rica. She was recently featured in Nature magazine as the overall winner of their Scientists At Work photo competition for a photo of her work in West Africa.

Even before arriving at her first day of work with Turtle Island Restoration Network in April, Callie generated research and monitoring protocols for a developing sea turtle conservation program in Ecuador in an effort to increase hatching success for the nests that were laid there this past nesting season. She will continue to provide support on Ecuador’s nesting beaches to increase the nest survivorship of this critically endangered subpopulation.