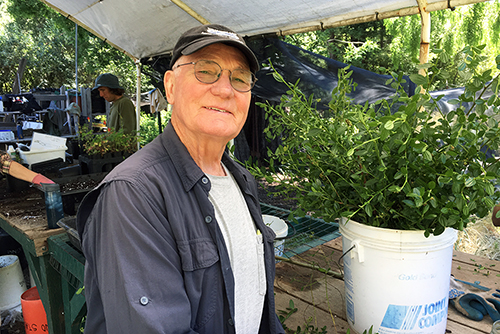 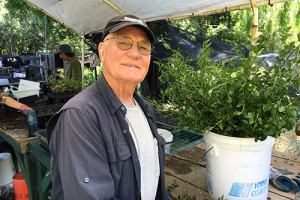 “I’m going to double my efforts,” said Mel Wright, a volunteer at Salmon Protection And Watershed Network (SPAWN), referring to President Trumps intention to leave the Paris Climate Accord.

Wright is a longtime volunteer at SPAWN, and also a founding member of the Marin-based group Extractigators.

Members work hands-on to remove invasive plant species, as they like to say, “One root at a time.”

The latest move by President Trump, and other anti-environmental actions the president has taken, has instilled a new sense of urgency in Wright, to keep working on conservation efforts, and to attend demonstrations when possible.

Trumps decision, and his other anti-environmental actions, has instilled a new sense of urgency in Wright, to keep working on conservation efforts, and attend demonstrations to protest the president’s actions.

Wright’s volunteer work at SPAWN includes our Friday Nursery Day, as well as being part of our team of habitat restoration volunteers who have been planting native trees and shrubs along the banks of a small creek that has been damaged from decades of overgrazing by cattle.