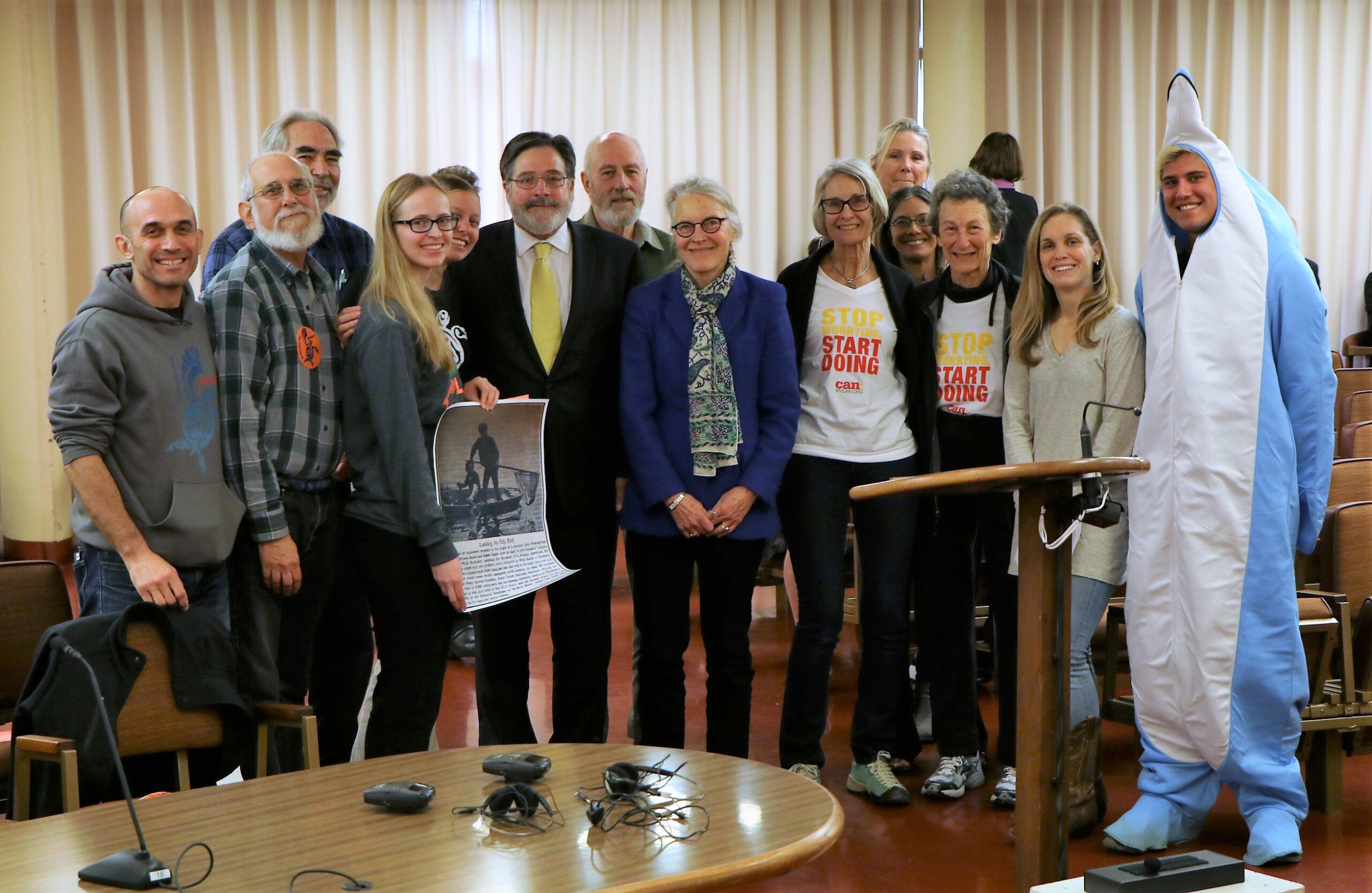 The resolutions respond to the Trump administration’s proposal to open the Pacific Ocean to new oil leases for the first time in more than 30 years. The draft five-year offshore leasing plan released Jan. 4 would subject almost all federal waters to new offshore drilling, including the currently protected Arctic and Atlantic oceans and eastern Gulf of Mexico.

This week’s resolution was sponsored by Marin County Supervisor Dennis Rodoni and supported by Turtle Island Restoration Network and the Center for Biological Diversity, which has been supporting communities passing a series of California city resolutions opposing offshore drilling and fracking.

“Our oceans and coasts provide habitat to sea turtles, whales, seabirds and other wildlife that depend on a healthy ocean ecosystem,” said Cassie Burdyshaw, advocacy and policy director for Turtle Island Restoration Network, a Marin-based nonprofit. “These marine species already face threats from ships, ocean pollution and industrial fishing. We don’t want to put them at further risk.”

Trump’s plan would sell oil leases throughout federal waters off California starting in 2020. But Californians have been mobilizing to make their concerns heard with rallies throughout the state planned for Feb. 3 and a large march and protest before the plan’s Feb. 8 federal hearing in Sacramento. Details on those events can be found at www.endangeredoceans.org.

“Californians are uniting against Trump’s reckless assault on our coastal waters. Marin County and other California communities are forming a wall of opposition to Trump’s efforts to endanger coastal communities and wildlife,” said Blake Kopcho, an organizer with the Center. “Californians won’t stand aside and let him sully our beautiful coastline with oil spills and toxic fracking chemicals.”

The Marin County resolution calls for:

There are more than 30 offshore drilling platforms and hundreds of miles of underwater oil and gas pipelines off California’s coast. Operators want permits to frack offshore wells, using chemicals toxic to wildlife. Separate lawsuits filed by the state of California and the Center challenging the federal government’s approval of offshore fracking are pending in federal district court.

Turtle Island Restoration Network is an international marine conservation organization headquartered in California whose 200,000+ members and online activists work to protect sea turtles and marine biodiversity in the United States and around the world. seaturtles.org