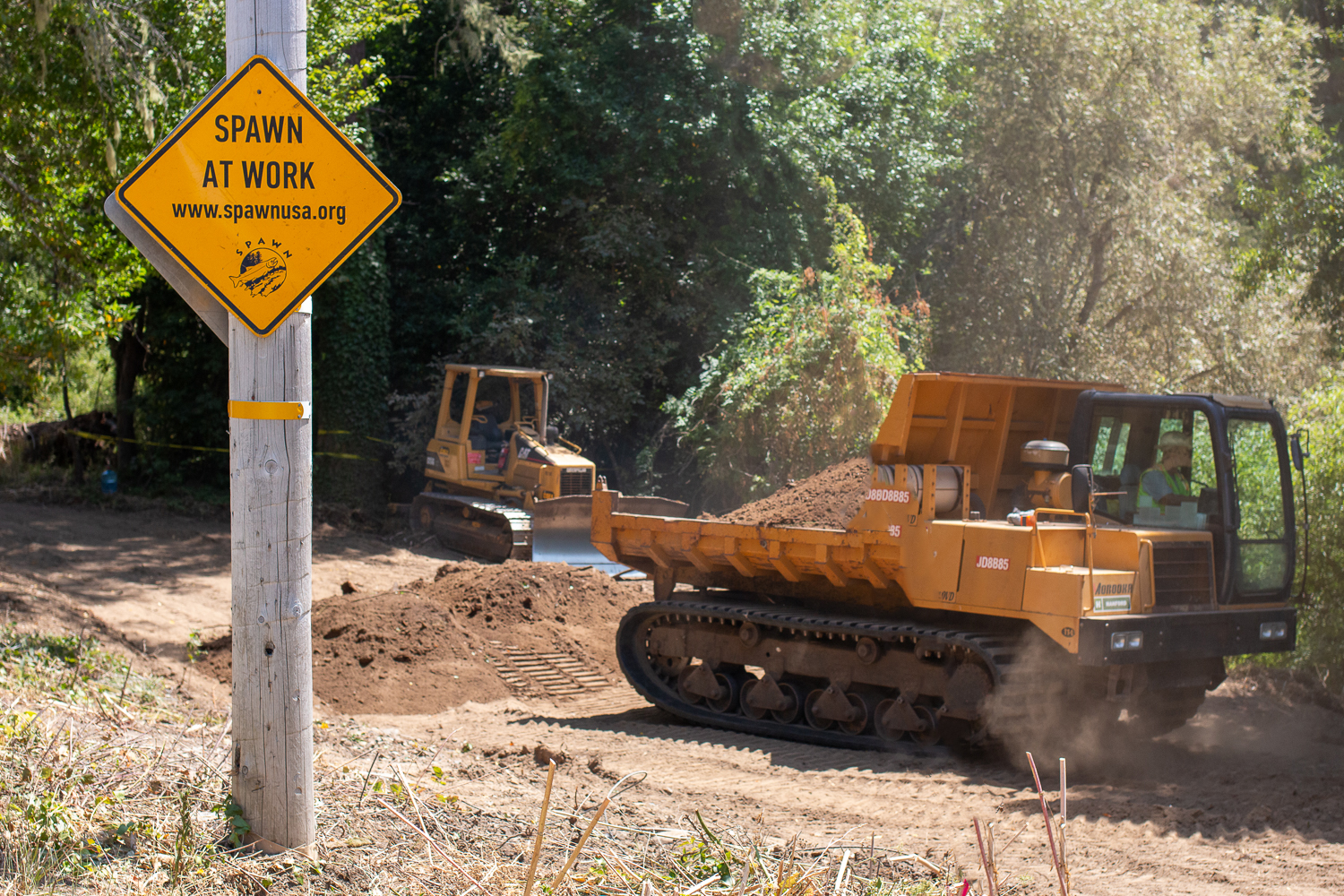 (West Marin): The Salmon Protection And Watershed Network (SPAWN), a program of national environmental organization Turtle Island Restoration Network, is undertaking a multi-million dollar project to improve habitat for Coho salmon—a critically endangered species that faces extinction—in the Lagunitas Creek Watershed, which supports the largest documented population of native Coho in California. This week, SPAWN staff, agency personnel, contractors and conservationists will be at the Golden Gate Recreation Area site this week using heavy machinery to sculpt and shape side channels and floodplains lost to development decades ago.

What: SPAWN is recovering a lost floodplain that has been buried under dirt that was dumped in the Lagunitas Creek corridor decades ago to build the now-abandoned village of Jewel. The project will remove 6,000 cubic yards of fill, concrete, and construction rubble; add several pieces of large woody debris; and create critical side-channel habitats for Coho salmon and other endangered species on Golden Gate National Recreation Area lands.

Why: Central California Coast Coho salmon are on the brink of extinction due to loss of habitat. This project will re-create lost floodplains and native riparian forest for one of California’s most important populations of endangered Coho salmon and threatened steelhead trout, which is part of an effort to reverse the decline of these species statewide. The project will also benefit threatened California red-legged frog and California freshwater shrimp, and improve water quality.

For photos and videos of the project, please see SPAWN’s Media Kit.