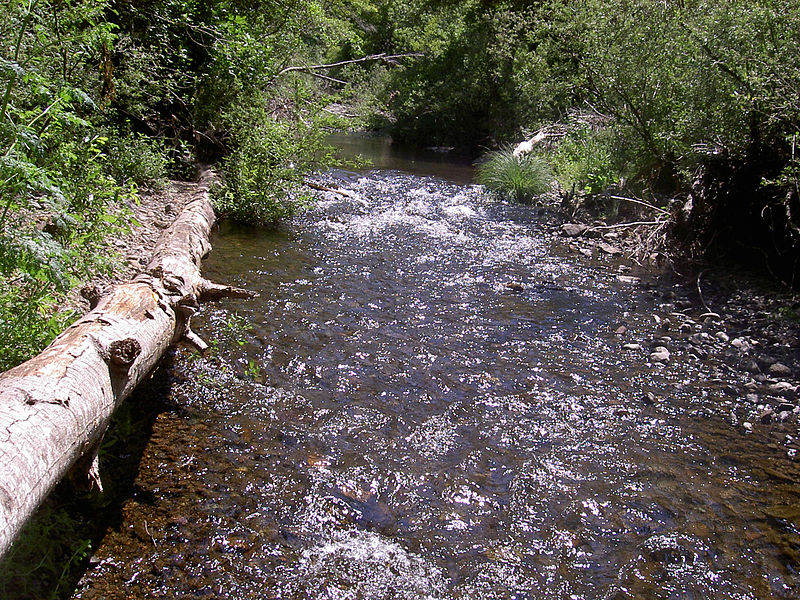 Spawning endangered coho salmon have yet to appear in Redwood Creek, raising fears that Cosco Busan oil spill may have driven the fish away.

“No coho have come up Redwood Creek so far this year,” said Steve Hampton, of the state Department of Fish and Game, at a meeting Tuesday night in Mill Valley to discuss the effects of the spill on Marin.

“They should be up by now,” he said. “It has been a low year for coho up and down the coast, but Redwood Creek is the only zero.”

The Redwood Creek coho salmon run comes from the Pacific Ocean and through Muir Beach, where the fish congregate waiting for seasonal rains to break a berm at the beach. They can then travel up the creek and spawn. Visitors can usually see the spectacle at Muir
Oil Spill Cleanup
Are you satisfied with the way cleanup was handled after the Cosco Busan oil spill?
Total Votes = 364
Yes
26.09 No

Muir Beach was hit hard by the oil spill. Fish find their home stream based on odors.

“Maybe the oil confused them and they thought it wasn’t their stream,” Hampton said.

Based on the lowest expected ocean survival rates for the region – in the 3 percent range – between 81 and 113 adult coho spawners should be in Redwood Creek, according to the Lagunitas-based Salmon Protection and Watershed Network.

“This may be the first time since the National Park Service
Advertisement
began inventorying salmon in this watershed in 1997/98 that no coho spawning has been documented here,” SPAWN wrote in a letter to a team of governmental officials that met in Mill Valley to collect data on the spill.

About 75 people turned out at the Community Center to relay observations they have made in Marin in connection with the spill.

Ellen Ungermann of Belvedere said she has noticed a big dropoff in wildlife on Richardson Bay.

“There used to be thousands of birds and now it’s like a blank canvas,” she said. “I used to see cormorants and surf scoters and seals. Now it is empty.”

The toxic oil slick, which stretched from San Francisco to Sonoma County, fouled the Marin coast and forced authorities to close beaches following a 58,000-gallon spill at the Bay Bridge on Nov. 7.

A value on the damage has yet to be estimated, officials said.

About 44 percent of the bunker crude was collected, but some of the remaining oil may have slipped onto shores and into mud, affecting small crustaceans, worms, fly larvae and other species. Marin’s muddy shores are full of invertebrates, clams and other animals that birds feast on during migration.

A restoration plan will be developed and ushipping company – Regal Stone Ltd. – to implement restoration projects, officials said. That will take about two years.

Some of that restoration will occur in Marin’s waters.

“The main oil event was in the central bay, but it went up the Marin coast,” said Greg Baker of the National Oceanic and Atmospheric Administration, who is doing damage assessment.