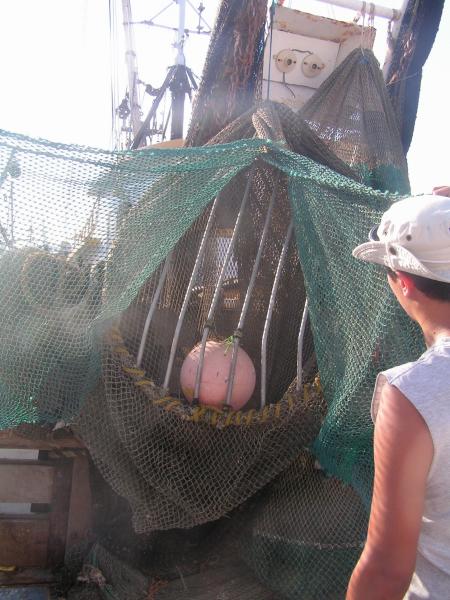 Thousands of endangered sea turtles will continue to drown in the U.S. shrimp fishery as National Marine Fisheries Service today failed to close a loophole and require all shrimp boats to use Turtle Excluder Devices (TEDs). Instead, the agency will allow as many as 20,000 sea turtles to be captured by skimmer trawls that operate primarily in the shallow waters and bays of Louisiana in violation of the U.S. Endangered Species Act. Turtle advocates are calling for an emergency regulation to suspend the fishery until sea turtle protections are in place.

“Sea turtles are critically endangered and no shrimp trawler should be allowed to operate if it can’t prevent the drowning of turtles,” said Todd Steiner, biologist and executive director of Turtle Island Restoration Network. “Any net that can’t prevent turtles from being held underwater and drowning must be prohibited.”

After record-high numbers of dead turtles washed up on Gulf beaches in recent years, NMFS agreed to come up with new sea turtle protections. Instead, it has decided to take no action, but study the problem for a few more years. Download the decision document. Read about the shrimp trawl fishery here.

“How could they do this after all the research that has been done and allow thousands of turtles to die in skimmer trawls,” said Carole Allen, TIRN’s Gulf Director. “Allowing any shrimper trawl with any kind of net without TEDs has been wrong from the very beginning and they know it, they are killing turtles. It is extremely serious.This can be only due to political pressure.”

“Is this a sign of Obama’s new fisheries policy and the beginning of the end for sea turtles in the Gulf?” said Teri Shore, TIRN program director. “It green lights the drowning of sea turtles in shrimp nets and makes the Gulf fleet the worst managed shrimp fishery in the country.”

Even though NMFS had issued a proposed rule and a study finding that TEDs in skimmer trawls regulations were necessary to prevent sea turtle deaths, the agency today reneged on its proposal after discovering that even with the devices small turtles can still get caught in the nets.

This summer, for the first time, NMFS required observers aboard the skimmer trawl vessels. The observers discovered that TEDs were ineffective for some small sea turtles. Rather than implement protective measures, like 100% observer coverage, or increasing enforcement or increasing time and area closures, the agency is withdrawing the rule and will rethink its strategy; meanwhile sea turtles will continue to be caught in shrimp trawl nets and drown.

Shrimp trawling has for many decades been the primary threat to sea turtle survival in the United States. The shrimp trawl fishery incidentally captures and kills thousands of threatened and endangered sea turtles each year. “Turtle excluder devices,” or TEDs, prevent turtles from drowning in nets, but limited applicability and lax enforcement are thought to have led to thousands of deaths in 2010 and 2011.Currently skimmer trawls can use tow-time restrictions instead of TEDs. Tow times limit the amount of time shrimpers can keep their trawls in the water, but evidence is mounting that even when these restrictions are followed, skimmers drown turtles.