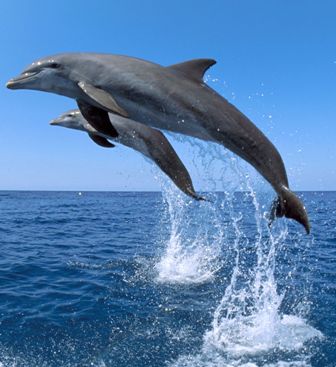 One Step Closer to Ending Use of Drift Gillnets in California 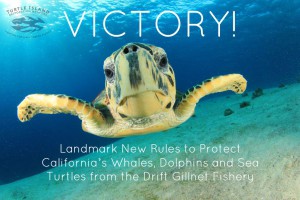 This September, the Pacific Fisheries Management Council (PFMC) issued a landmark ruling that will put in place stronger regulations for the California drift gillnet fishery for swordfish. These new policies come after years of advocacy by Turtle Island Restoration Network and our partners, and may finally set the course to phase out the use of mile-long drift gillnets in California for good.

Right now, California is the only remaining U.S. state that still allows the use of drift gillnets, extremely long sections of nets used primarily to catch swordfish, but that inadvertently responsible for entangling and drowning non-target marine wildlife.

The new rules put in place  by the PFMC would set a ‘hard cap’ for how many endangered species can be harmed during any two-year fishing period before action is taken. In this case, repercussions if the ‘hard cap’ is reached would result in the entire California drift gillnet fishery being immediately shut down for the remainder of the season.

In addition, the PFMC has also updated the way the fishery is monitored and by 2018 the goal is to have 100 percent observer coverage. This means that all fishing activities will be watched, and any endangered or threatened wildlife that is caught will be accurately tracked.

Strict enforcement of these ‘hard caps’ is essential for the continued survival of endangered species such as sperm whales, loggerhead turtles, leatherback turtles, and bottle nose dolphins, among many other vulnerable species, which continue to be killed as a result of this archaic fishing practice. These new hard caps will go into effect  by August 2016.

These actions are a monumental step in the right direction towards shutting down California drift gillnets permanently and saving our beloved marine life, and Turtle Island Restoration Network would like to thank everyone who advocated against them by signing a petition or showing their support through other means. We must now continue to fight until California drift gillnets are outlawed for good!