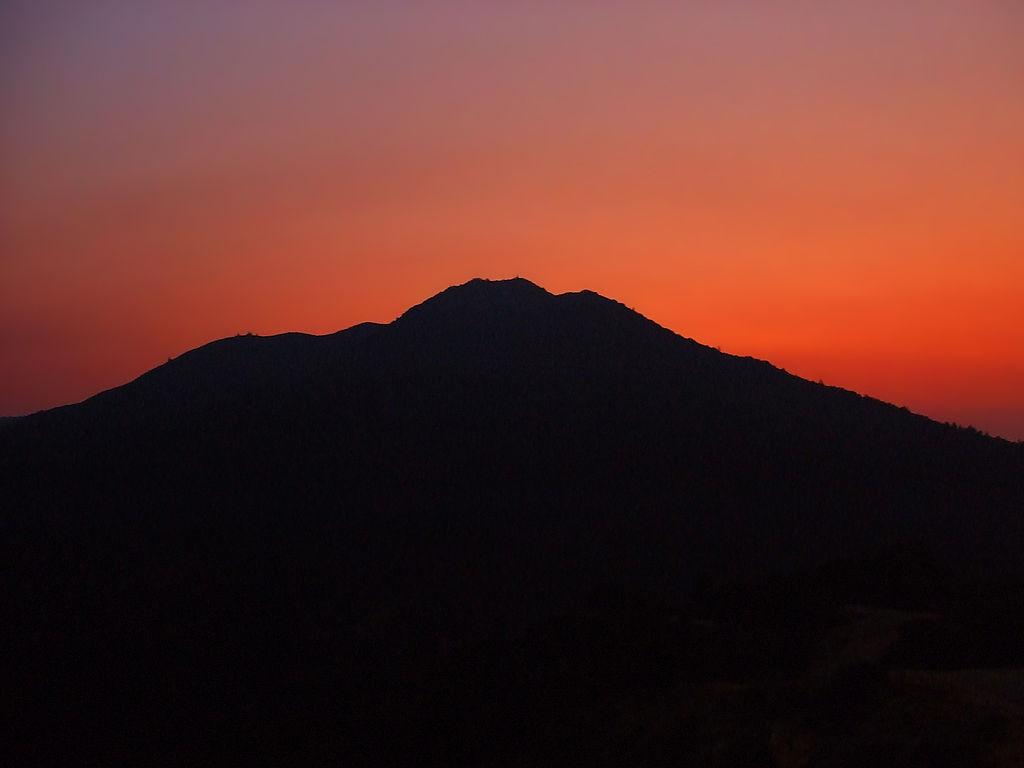 By Turtle Island Restoration NetworkDecember 15, 2016Resources for the Media
No Comments

Editor’s Note: We are delighted to have Bay Area writer and editor Mary Ellen Hannibal guest blogging for us today! Hannibal’s most recent and highly-praised book, Citizen Scientist is a must-read for SPAWN members. Combining original reporting, meticulous research, and memoir in impassioned prose, Citizen Scientist is a literary event, a blueprint for action, and the story of how one woman rescued herself from an odyssey of loss with a new kind of science. Please join us at Book Passage in Corte Madera on Sunday, December 18th at 1 pm for Mary Ellen Hannibal’s talk on her latest book.  SPAWN will be sponsoring a table to speak with attendees about our work! We hope to see you there. 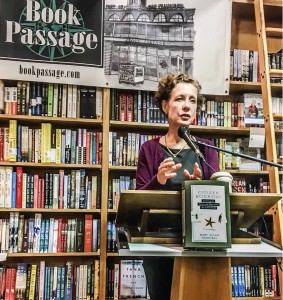 For those of us who live near Mount Tamalpais in Marin County, California, the mountain is more than the central organizing principle of our landscape. The multitude of habitat types, the 360-views of the coast, the mysteries of crumbly green serpentine outcroppings, all comprise a geography of our collective imagination. We love Tam, and poets sing its praises. Recently I read an interview with Greg Sarris, Chairman of the Federated Indians of Graton Rancheria, in which he remarked that while Sonoma Mountain is sacred to the Indians here and the scene of their creation story, Mount Tam was historically considered taboo. “That’s where the poisoners drink,” he said. “And you went up there to learn how to kill people.”

Landscapes change over time, and the meanings we imbue them with do also. Contradictory stories about place coexist. For centuries Western Europeans thought California was the repository of the Garden after Adam and Eve displaced it with their fateful tumble. Upon Noah’s Flood, it was thought the original creation had dispersed and was discoverable. California remained longest in the imagination as the actual place where Eden could be found. At the same time, California Indians actually living here celebrated creation stories related to local places that are varied and numbered as their polities.

Today we are charged with revising our creation stories. Biology, or the living world, is a collaboration between the abiotic world of weather, rocks, Earth movements like seismic shifts and volcanic emergence, and the sun. Photosynthetic power is purposed by plants into the base of the food chain upon which all other pulses depend. When living things die, the carbon comprising their bodies is redistributed into the abiotic world and continues a cycle we recognize as birth to death to birth again. 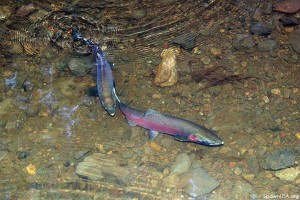 Individual species carry out this narrative. The coho salmon fiercely protected by SPAWN fulfill a three-year life cycle, beginning in freshwater creeks, and living the second half of their lives in the ocean. They are critical purveyors of rich nutrients from the deep sea into the terrestrial environment. Salmon make life happen and cultural stories about them remind us of that. As Joseph Campbell said, myth is nature talking. Language is an expression of biology. Appreciating the physical process of life as the fundament of creation we can integrate characters and narratives from multiple cultures to better observe the one story in which we all take part.

In the Sarris interview he also commented that “landscape was our Bible, our sacred text; it was how we knew stories, read stories.” He said features of the landscape were “mnemonic pegs on which stories were held and how we knew ourselves.” When Indians were fatefully disrupted by the arrival of the Spanish here in the late 1700s, the landscape itself was altered as well. “What’s left are shards.”

As my friend David McConville says, we are all indigenous earthlings. While most of us are from somewhere else, our duty is to the place where we live now. Not only California Indians but the rest of us are today charged with “reading” those shards and reknitting up a sense of wholeness, integrating biology and story-telling. The good news is, this is happening.

Recently an historic “science summit” under the aegis of the umbrella organization One Tam laid out evaluations and diagnostics of many of the species that co-create the mountain. For example, oak woodland birds are doing well; mammals are fairing okay; and salmon are in poor shape. One Tam provides more than a Western scientific drill-down, the likes of which can separate us even farther from nature by objectifying it. One Tam is a community of practice, including citizen science, in which regular folks are helping reconfigure our shards in support of the whole vessel of life.