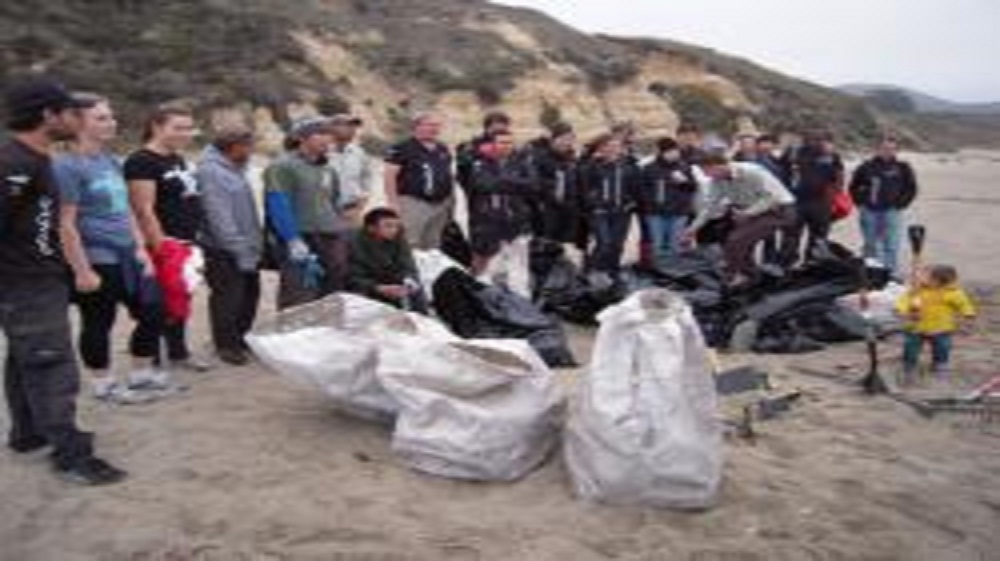 Using rakes, shovels and digging in the sand with gloved hands, they unearthed plastic bottle tops and fishing line, rusting bolts and wrenches, a diesel fuel filter, treated wood with nails sticking out, bits of polystyrene and more than a dozen pieces of the racing yacht – mostly less than a foot long. The four-hour cleanup was conducted at Limantour Beach, about 10 miles west of the town of Point Reyes Station.

Boat debris is washing up on the beaches of Point Reyes National Seashore in the wake of unrelated boating accidents involving racing yachts and a fishing boat. The goal of the cleanup was to pick-up and remove boat debris, plastic remnants and trash in advance of winter storms.

“Together we removed a truckload of junk from the seashore that will no longer pose a hazard to sea life or visitors walking the beach,” said Teri Shore, Program Director for Turtle Island Restoration Network, based in West Marin near Olema (www.seaturtles.org).

Turtle Island conducts on-going marine debris assessment and removal program at the national seashore and around the San Francisco Bay Area managed by Dr. Chris Pincetich, outreach and education manager. The ocean waters off the seashore are protected for endangered leatherback sea turtles, which feed on jellyfish and can accidentally ingest plastic bags in their search for food. Seabirds also ingest accidentally plastic or become entangled.

“Having such a diverse and dedicated team to tackle all this debris was a dream come true,” said Pincetich. “Winter storms would have swept all this plastic and fiberglass out into the critical habitat feeding area of California’s Pacific leatherback sea turtles, so by removing it now, we are helping protect this critically endangered population of marine reptiles.”

While most pieces of ORACLE TEAM USA’s damaged AC72 racing yacht have been recovered and removed from the marine environment, a few bits are still coming ashore. The team joined the beach cleanup to add to its on-going efforts to protect the marine environment. Read more here: http://oracle-team-usa.americascup.com/news/3842/the-road-to-recovery