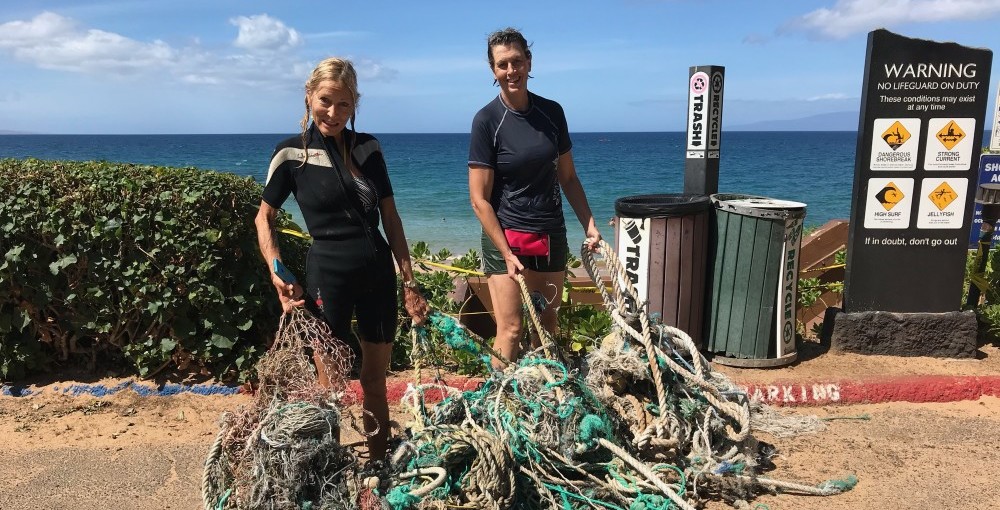 Taking care of the environment makes a difference

“Marine debris, like plastic, is an overwhelming global issue, unfortunately, but each piece that gets picked up makes a difference.”

Almost daily, Cheryl King, our Hawaiʻi program director, and a band of ocean activists comb Maui’s beaches and coral reefs. While they’re documenting the marine life, they’re also looking for trash, and unfortunately, they always find too much of it.

In 2017, from October to December, volunteers collected everything from plastic cups and fishing nets and line to plastic straws, utensils, cigarette lighters, and indiscernible pieces of plastic and foam no bigger than a pinky nail. Many pieces of trash had been chewed by marine animals. And that’s just what has washed into the nearshore areas. There’s far more offshore of Hawaiʻi that is still drifting around.

The majority of items they collected on the coral reefs were fishing weights and hooks. Not included in this figure is the 8,621 feet of fishing line they removed. 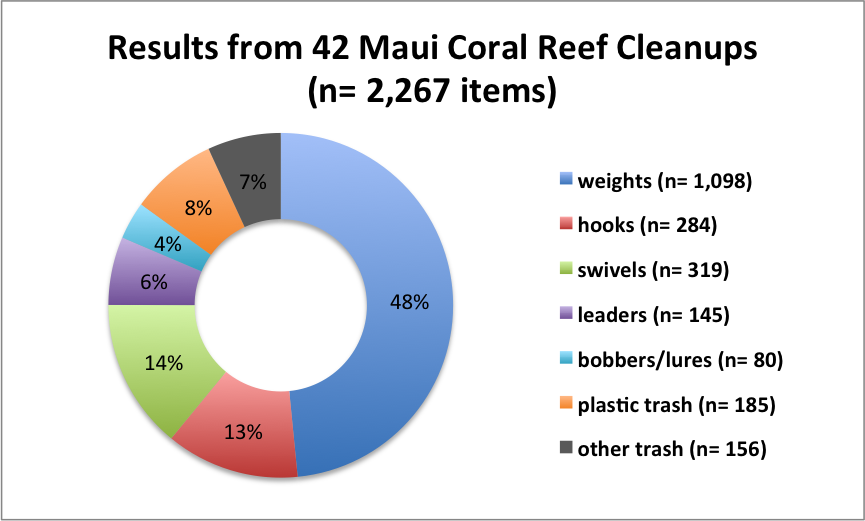 The majority of marine debris collected from their shore cleanups at Ka’ehu (on the 4th Sunday of every month) were plastics and Styrofoam/polystyrene foam materials. 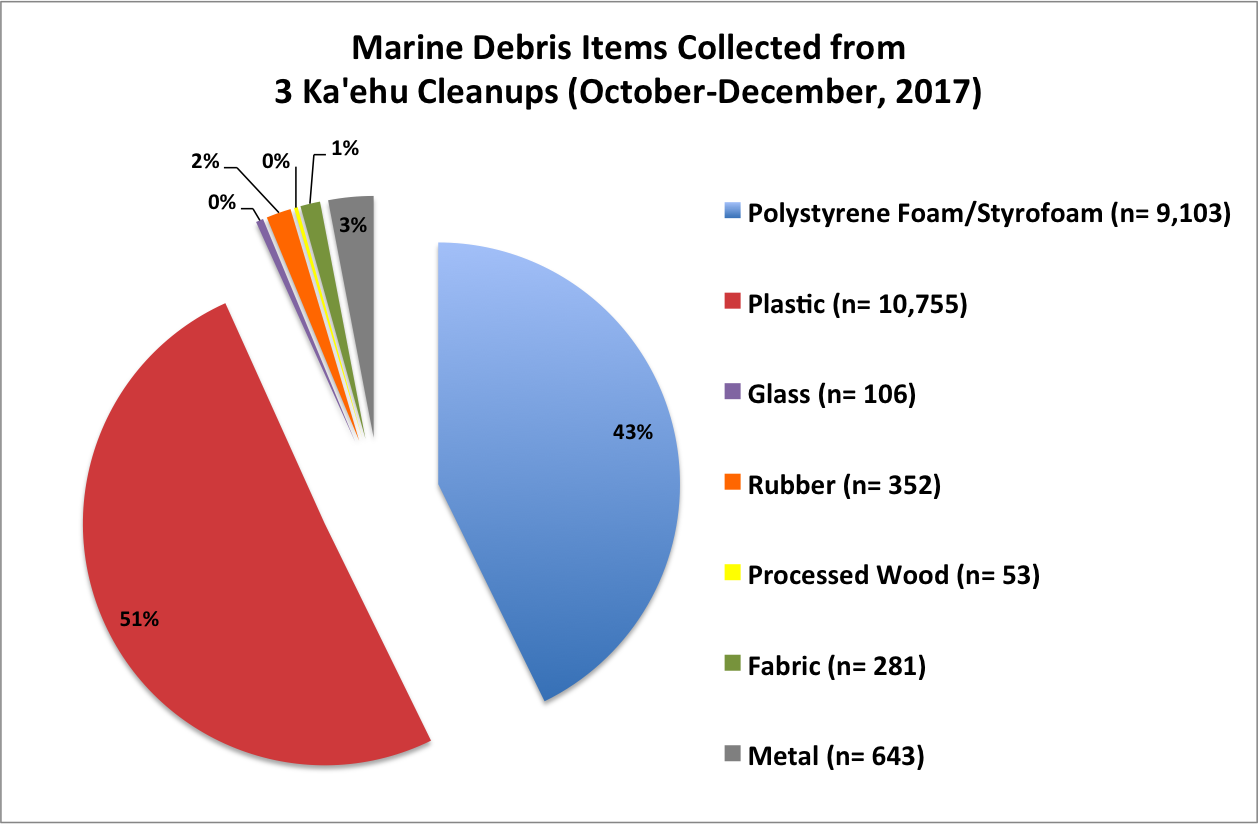 “We want to know what types we’re dealing with so the sources of the debris can be identified,” said Cheryl. “These data were useful while testifying in favor of a bill that will restrict the use of polystyrene foam food take-away containers.”

This legislation goes into effect on December 31st, 2018 in Maui County, so a drop in the number of foam items washing ashore is expected. 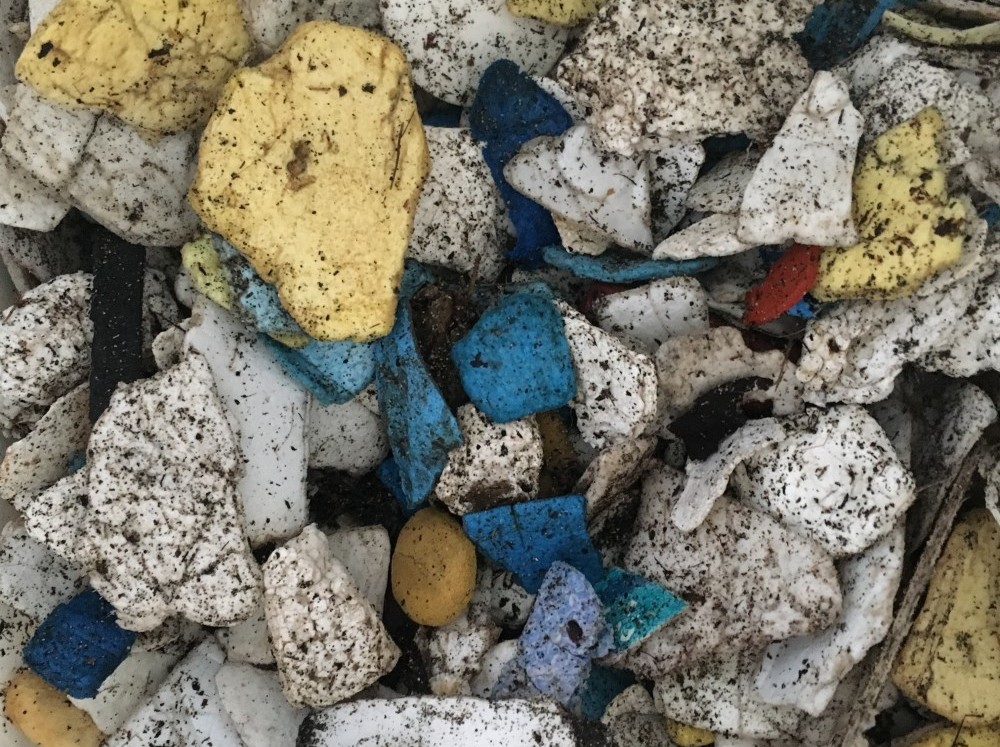 Ocean trash is a big problem. So why do Cheryl and dedicated volunteers soldier on?

To reduce harm. Picking up trash from the beach and coral reefs removes entanglement, hooking and ingestion hazards caused by marine debris. Animals large and small are harmed, so the sooner these items are out of their environment the better. From October-December, they rescued 17 green sea turtles who were hooked/entangled by fishing gear.

According to the National Oceanographic and Atmospheric Administration, plastic debris kills an estimated 100,000 marine mammals annually, as well as millions of birds and fishes. Of the 260 million tons of plastic the world produces each year, about 10 percent ends up in the ocean, according to a Greenpeace report. That was a 2006 report. The numbers could be even higher now.

Plastic cups found on a beach cleanup – recognize these products? 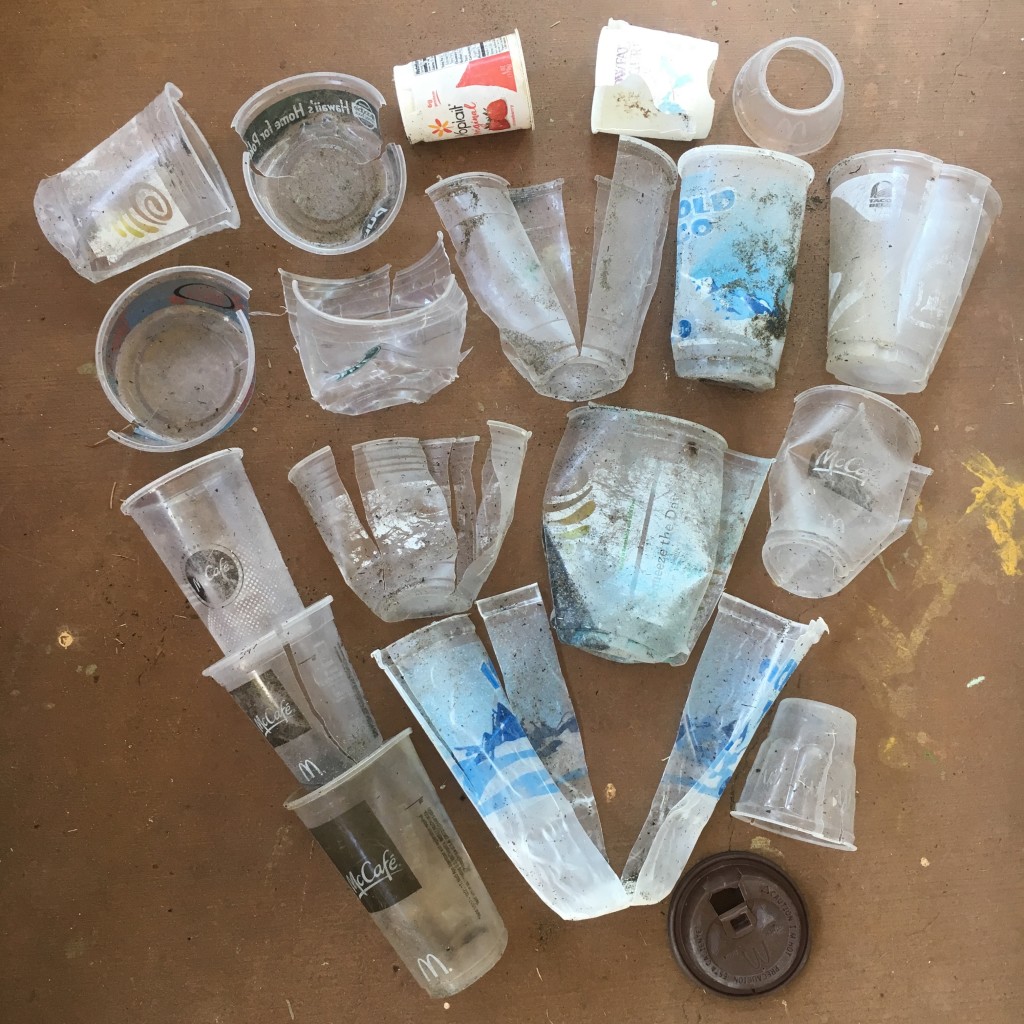 Small and large pieces of plastic litter some shores of Maui. 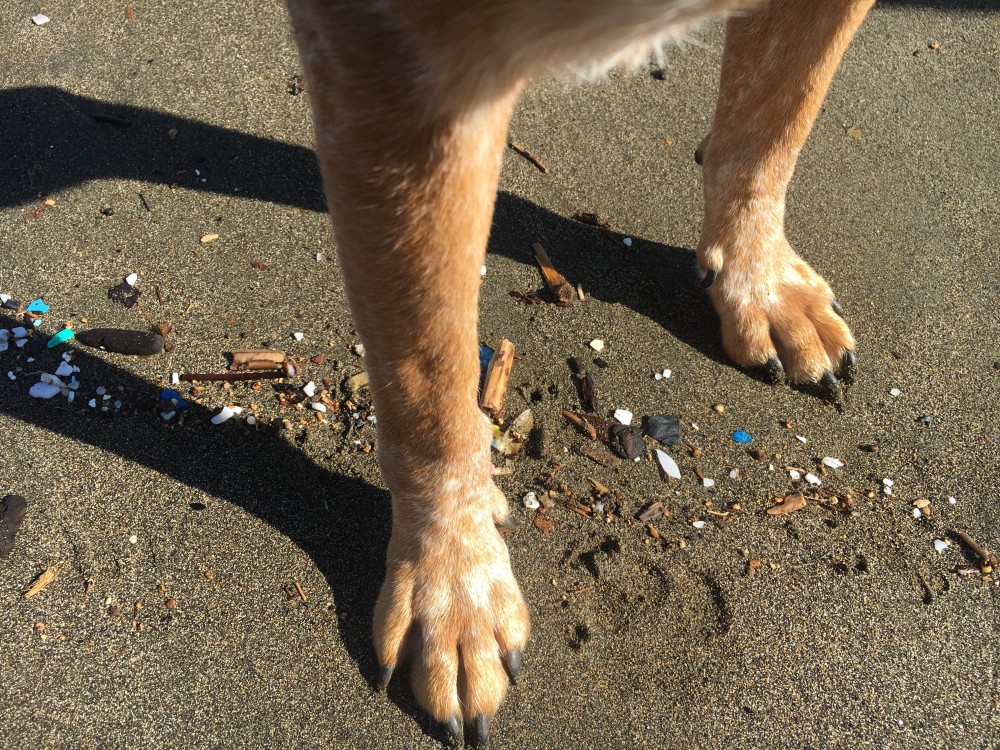 So, will constantly picking up trash really make a difference?

“Giving back to our environment by doing cleanups does make a positive impact, but it seems like it’s a never-ending battle,” said Cheryl. “ If everyone did this and properly disposed of their trash plus avoided single-use products in the first place, we wouldn’t have such a problem with abandoned fishing gear and other types of marine debris.  It’s an overwhelming global issue, unfortunately, but each piece that gets picked up does make a difference.” 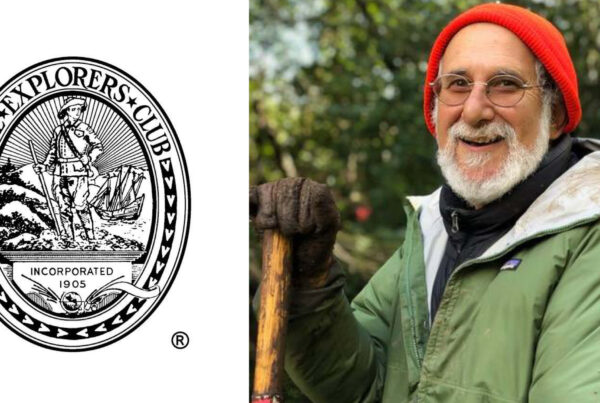